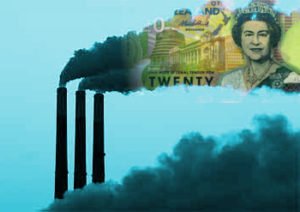 The report follows on from Climate Cheats, released in April, which outlined the rise of questionable carbon credits from Russia and Ukraine that New Zealand used to meet climate commitments.

The report is available via the Morgan Foundation’s website.

The SMC collected the following expert commentary. Feel free to use these quotes in your reporting.

“This follow-up report, Climate Cheats II, by Simmons and Young, helps make clear how New Zealand’s emissions trading scheme (ETS) has been undermined by our sleight of hand. It is not conclusive, but strongly suggestive, in pointing to how a number of big NZ corporates appear to have profited from the loopholes in our emissions trading scheme – loopholes that the NZ government should have closed way sooner than it did.

“It is pretty clear that a number of corporates acted unethically – in my view – to make money out of the scheme, by buying fraudulent credits cheaply on the global credit market.

“I take four conclusions out of this report:

1) New Zealand corporates have a responsibility to act with environmental integrity even when the government is acting irresponsibly in setting the rules;

2) New Zealand’s reputation has suffered damage in this whole affair — something the government appears to be too blasé about.

3) We need to draw wider lessons about the ETS from this. As Z Energy, one of the players, says: ‘The system…had flaws’. The fact is that the ETS has never been simple or transparent, a reality that has helped corporates minimise their responsibility and helped the government in its pretence of running a serious climate change policy when in fact it’s been close to a farce — ineffective, most of the time.

4) New Zealand needs to repair as much as possible the damage done to our reputation, and the most critical thing is not to carry forward any surplus units past 2020. A comment in the report from an international expert on emissions trading and the international rules sums up the wider problem:

‘It does not reflect well on a small rich country if it allows for the purchase of offsets that are known to be of questionable integrity. If the same country then keeps pushing for lax rules at the international negotiations you have to wonder if the policy makers of that country have truly grasped the urgency and severity we face with the climate crisis.’

“Minister Paula Bennett needs to commit to putting this right now. New Zealand has to play a credible part in the international effort to responsibly and swiftly work to reduce carbon emissions.”

“There is no doubt that, in recent years, a lot of game-playing was going on by several major New Zealand businesses trying to protect their bottom line by purchasing “hot-air” emission reduction units (ERUs) to offset their greenhouse gas (GHG) emissions as identified in this latest analysis from the Morgan Foundation.

“It is certainly interesting in the report that, of the five transport fuel companies operating in NZ – Mobil – is shown to be the good guy by being the only one to avoid trading in ERUs. Yet its parent company, ExxonMobil, has been accused of undermining the climate science for many years. So who knows what goes on in corporate boardrooms?

“Buying of cheap ERUs as carbon credits for NZ businesses to offset their GHG emissions did little, if anything, to actually reduce GHGs being emitted to the atmosphere.

“A slow response to the buying of ‘hot-air’ by the government at the time (even though the EU had responded a couple of years earlier) enabled NZ businesses to benefit economically, but at the expense of GHG concentrations further increasing in the atmosphere.

“The practice continues to reflect badly on New Zealand’s current international reputation. We are now a country seen by many as one that is seeking any means possible to avoid actually physically reducing our domestic GHG emissions.

“However, it is now history that this delayed policy approach enabled businesses to put off any real mitigation actions at that time.

“Going forward, there is an opportunity for the New Zealand government to respond and make amends as the Morgan Foundation report clearly outlines – but I imagine most pundits would agree that this would be an unlikely event given the track record we have seen to date of dealing with the climate problem.

“The government has yet to give any leadership in how we might meet our relatively modest target to reduce GHG emissions by 11% below 1990 levels by 2030.

“There is little doubt we have the potential to turn around the continuing upward trend of GHG emissions in NZ and ‘do our fair share’.

“The Morgan Foundation reports help reinforce that now is the time for all businesses to make a real commitment to reducing their emissions and not continue to play games that enable them to shirk their responsibilities.”

This is an excerpt – Professor Sims’ full comments are available on scimex.org.

“The second Morgan Foundation report on climate cheats is an interesting response to the government’s claims that:

“Companies who imported fraudulent credits were operating within the law, but they were not operating morally.  They might respond that they have a moral imperative to maximise profits for their shareholders, but such an imperative is no defense when other, higher moral imperatives are weighed in the balance.

“There are many examples of companies refusing to profit from child labour, repression of workers, slavery, and environmental degradation even when such practices were legal.  I can only express my admiration for Mobil’s example, refusing to purchase fraudulent credits, and I know of no shareholders of that company who lodged complaints as a consequence.

“However, the government’s first premise, above, is false. The government clearly did know that fraudulent credits were being imported. In my submission, sent to the Ministry for the Environment in November 2012, I explained in detail that they were fraudulent.

“My submission was a careful, referenced account, explaining unequivocally why importation of ERUs from Russia and the Ukraine ‘does nothing to address climate change, and so by allowing these imports and keeping NZU prices low, New Zealand is failing to address climate change in any meaningful way’.  I also explained that such credits had been banned from the EU emissions trading scheme and that our ETS was being undermined by them.

“Ultimately the responsibility for New Zealand’s shameful performance on climate change, brought about in no small part by the failure of our ETS, lies with government.

Professor Mason’s submission to MfE in 2012 is available on scimex.org.

“Like its predecessor, the report uses fairly emotive language to try to provoke a policy response. This said I don’t think it is as provocative as the first one and I think it has some sensible suggestions.

“It still, however, calls ERU fraudulent – this is I think misleading. Yes many/most ERUs had little direct environmental benefit but they were the consequence of political expediency to get Kyoto ratified (basically to get Russia to ratify so that the Kyoto came into force). So this is what is called ‘hot air’. Without Russia and the ERUs, Kyoto would not have come into force.

“The report then acknowledges that companies behaved rationally in buying them [top of page 3] but then goes on to ‘name and shame’ those that it purports to be their biggest users of these units (though as it acknowledges there are serious issues with the data they have used to estimate who they are).

“I think their suggestion that none of these units be used beyond 2020 is sensible. To do anything before then, as I think the first report implied, is just impractical.

“Again, the lesson from this sorry tale is that limits on importation are needed going forward (beyond 2020 if NZ ETS is linked internationally again).

“Also, we should not be too downbeat on NZ ETS. No intervention, be it a tax or something else, is going to be straight forward. Currently, NZ carbon prices are double of those in the EU but carbon prices globally need to increase. There are plenty of ways NZ ETS could be improved e.g actually having a cap and by including a collar – a price floor and raising the current ceiling beyond $25.”

“In using Kyoto credits to help meet its commitment for 2008-2012, the New Zealand government didn’t cheat. It followed the rules of an international agreement with weak targets and it passed those rules to participants in the NZ ETS.

“The firms that took the high road should be applauded, but there are no grounds to punish those who did otherwise but complied with the rules of the time.

“This situation highlights exactly why we need a functional ETS. Effective emission pricing enables firms to remain competitive while producing lower-emission but higher-cost goods and services. The NZ ETS is a credible mechanism that would benefit from greater certainty on the future of domestic unit supply and rules on linking to global markets if that becomes feasible again.

“Fundamentally, New Zealand must safeguard the integrity of its global contribution to climate change mitigation. There are many reasons for making our future targets more ambitious, including but not limited to past use of Kyoto credits.

“We should also consider our capacity to support global mitigation and the potential benefits from accelerating domestic decarbonisation so our economy can thrive under global carbon constraints.”