The Science Media Centre is New Zealand’s only trusted, independent source of information for the media on all issues related to science. Thousands of news stories providing context from and quoting New Zealand researchers have been published as a direct result of our work. 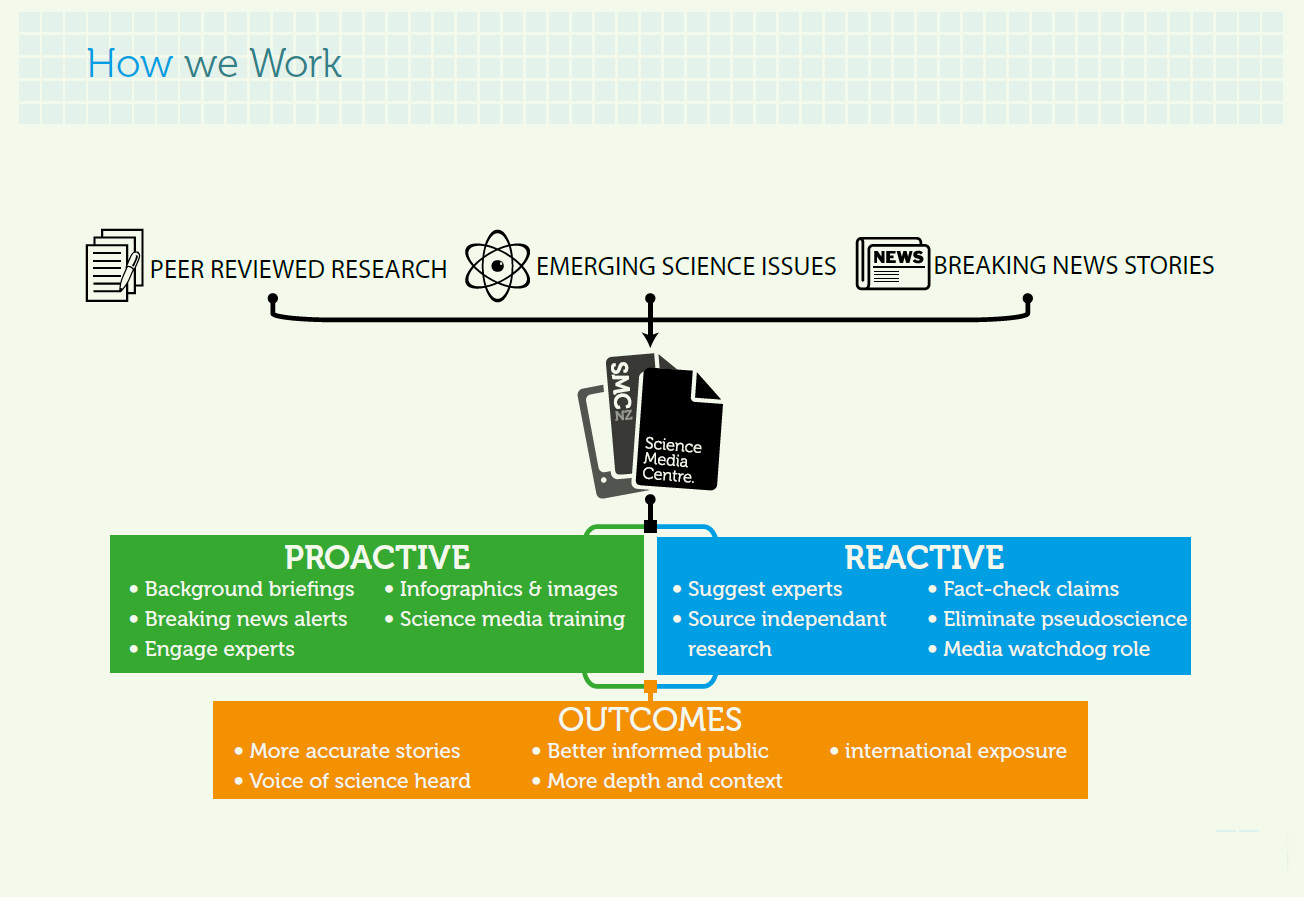 We cover hundreds of issues, from the Canterbury and Kaikōura earthquakes to elevated lead levels in drinking water, and from the Whakaari eruption to COVID-19. Most importantly, stories of better quality have appeared as a result of our input and we work tirelessly behind the scenes to keep pseudoscience and dubious claims out of the media. We also help scientists become more confident in their dealings with the media through Sciblogs.co.nz and Science Media SAVVY workshops. To hear more about what’s going on at the Science Media Centre, check out our blog.

We have established a great base for increased collaboration and input from New Zealand researchers to help the media better address the big science-related issues facing the country.

History of the Science Media Centre

Science and technology are fundamental to transforming our economy and improving our well being. As part of the strategy to engage New Zealanders with science and technology, in its 2007-2010 Statement of Intent, the Ministry of Research, Science & Technology (MoRST — now the Ministry of Business, Innovation and Employment) announced a three-year pilot Science & Technology Media Centre for New Zealand.

Following an open call for expressions of interest, the Royal Society of New Zealand was awarded the bid to develop and operate the Science Media Centre. After approximately three months of consultation with media, the scientific community and other stakeholders, a strategic plan was developed that identified priorities and activities for the centre.

The New Zealand Science Media Centre was launched to the media on 30 June 2008 and officially opened on 1 July 2008.

From 2008-2015, the SMC drew on the experience of a Science Advisory Panel to provide advice when needed, since then, we have invited scientists to serve on our board of advisors alongside media representatives.

The SMC was conceptualised on the success of the Science Media Centres in the UK and Australia, which have both have successfully promoted the voices, stories, and views of the scientific community to their national news media. Now there is an international network of science media centres.