Drinking alcohol while pregnant is common, reveals a study of first time mothers in UK, Ireland, Australia and New Zealand. However much of this could be due mums-to-be being unaware early in their pregnancy, says a Kiwi researcher. 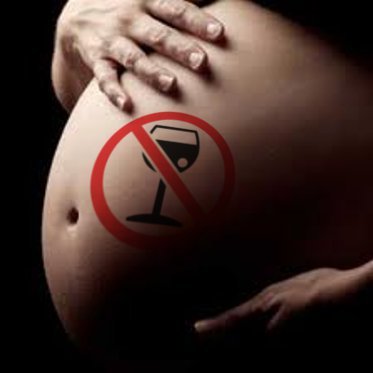 The new research, published in BMJ Open, combined data from several recent studies to examine the use of alcohol in pregnancy.

Across all countries, factors associated with alcohol use included smoking during pregnancy and Caucasian ethnicity.

“Our data suggest that alcohol use during pregnancy is prevalent and socially pervasive in the UK, Ireland, New Zealand and Australia”, conclude the authors.

“New policy and interventions are required to reduce alcohol prevalence both prior to and during pregnancy.”

You can read more about the study on Scimex.org.

Professor Lesley McCowan, Head of Department, Department of Obstetrics and Gynaecology, Faculty of Medical and Health Science, University of Auckland, contributed to the study and comments:

“The New Zealand data included in the paper is from the SCOPE study. This involved detailed data collection from approximately 2000 Auckland women in their first ongoing pregnancies who were recruited between 2004 and 2007.

“Detailed information was collected from the women about alcohol use before and during pregnancy. 23% of participants reported that they were alcohol-free when they became pregnant.

“12% of women reported that they were still drinking alcohol when seen by the SCOPE research team at 20 weeks of pregnancy and 95% of these women were only having 1 to 2 units of alcohol weekly at this time.

“Women who were single and those who smoked cigarettes were more likely to drink during pregnancy.

“As there is no known safe level of alcohol use in pregnancy the best advice is not to drink alcohol in pregnancy.”

“This study identifies a surprising and alarmingly high rate of alcohol consumption during pregnancy. Given the level of education and ages of those most likely to consume alcohol during pregnancy one might simply expect that these pregnant women ought to know better. The detrimental effects of alcohol on the foetus are well publicised, so why the disconnect between ” what I do and what I know”?

“Is it that miscarriages are now considered a mere nuisance and rather inconsequential or possibly are the effects of foetal alcohol spectrum disorder so subtle and presenting later in the child’s life so as not to be considered of much significance?

“Pregnancy is a time of change and provides the opportunity to change drinking behaviour. Lead maternity carers ( Midwifes, General Practitioners and Obstetricians) are ideally positioned to effect this behavioural change in early pregnancy, however one needs to ask whether they have the time, know how and inclination to do so? Some will propose universal screening as a “solution”, but unless screening is accompanied by an intervention, a parallel process of “knowing but not doing” is simply recreated.”