The Government has today announced a new New Zealand climate target in anticipation of an international climate agreement. 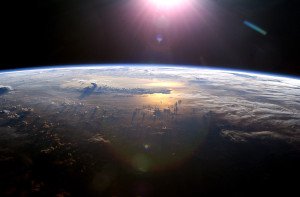 According to the announcement on the Ministry for the Environment website:

In July 2015, the New Zealand Government announced that our post-2020 climate change target is to reduce greenhouse gas emissions to 30 per cent below 2005 levels by 2030.

The target is equivalent to 11 per cent below 1990 levels. You can read more about the target in this media release from the Climate Change Issues Minister.

New Zealand has announced the target ahead of U.N. Framework Convention on Climate Change (UNFCCC) Conference of the Parties (COP21) in Paris in December 2015.

In preparation for creating an international climate agreement at COP21, countries were asked to publicly outline what post-2020 climate actions they intend to take under a new international agreement, known as their Intended Nationally Determined Contributions (INDCs).

As part of determining New Zealand’s target, the Government held a public consultation during May this year.

NEW COMMENTS: The SMC collected the following expert commentary. Feel free to use these quotes in your reporting. If you would like to speak to a New Zealand expert, please contact the SMC (04 499 5476; smc@sciencemediacentre.co.nz).

“This target (30% reduction in gross emissions compared to 2005 levels, by 2030) translates to about an 11% reduction compared to 1990. This is in line with the previous target of 5% by 2020, and 50% by 2050, so there is no “strengthening” of New Zealand’s position. This new target is as weak as previously-announced ones and does not come close to what is required, if New Zealand is serious about keeping warming to less than 2 degrees (as the Government have said we are).

“The science says, compared to 1990, we need about a 40% reduction by 2030, 90% by 2050, and 100% by 2060 – and then negative emissions (removal of CO2 from the atmosphere) for the rest of the century. New Zealand is one of the highest emitters in the world on a per-capita basis. Our dependence on agriculture and already high fraction of renewable electricity are not valid excuses for taking serious action. If all countries followed New Zealand’s lead, we would be in for very significant climate change impacts and catastrophic damage to the New Zealand and global economy.“

“I think it’s pretty reasonable. It should be conditional, too, since in this sort of problem a country’s best course of action depends on what others are prepared to do, too: if they do more, we can do more at the same price – if Japan drives its motor industry to produce affordable hybrids and electric vehicles, then New Zealand gains additional ability to reduce its emissions in the transport sector. And so on.“

“Following a brief consultation period, the New Zealand government has tabled an emission reduction target of 11% below 1990 levels by 2030, contingent on the rules for land-sector accounting and access to carbon markets.  While this target is less ambitious than many submitters were hoping for (as shown in the summary of submissions), it is noteworthy that the INDC includes all sectors and gases rather than seeking special treatment of the agriculture sector.  The government has not yet specified an emission budget for the period from 2021-2030; this would be a further indication of ambition.

“What’s missing from the submission is a firm commitment backed by policy to decarbonise the New Zealand economy in line with global effort to limit temperature rises below two degrees Celsius.  The submission suggests heavy reliance on carbon markets until technology improvements in agriculture and transport become more widely available sometime after 2030.  The submission does not address the significant spike in net forestry emissions projected during the target period.

“According to the Ministry for the Environment, compliance with New Zealand’s 2020 target will have been achieved with “no change to existing policy settings” and “at no additional costs on households, businesses or government” primarily through forestry activities and surplus units acquired through the carbon market.  The government has pledged further consultation on its longer-term mitigation policies.  Hopefully this INDC submission can be used as the launching point for a more in-depth, cross-stakeholder process to shift New Zealand strategically toward a low-emission economy.”

“The Government’s target errs on the side of the challenges New Zealand faces when deciding on a target. New Zealand is uniquely placed in terms of our agricultural emissions, and our national circumstances, but we are equally uniquely placed to lead on developing low-carbon solutions that support, enhance and potentially advantage our economy.

“We need to be more ambitious and match the EU promise to reduce greenhouse gas emissions by 40% by 2030.”

“New Zealand, along with other countries will face pressure to increase the ambition of its target at and after this year’s Paris climate change conference. But the international target is only part of the question. A great deal of work is now needed at home to determine the direction of our climate change policies, including the review of the Emission Trading Scheme.”

This figure is based on MfE’s GHG inventory 1990-2013. It assumes the NZ target is based on GROSS emissions (though this is not able to be 100% confirmed even in the Minister’s letter to UNFCCC.

“BUT we now have 10 years longer to reduce New Zealand’s total GHG emissions by an additional relatively small amount of 4.2 Mt CO2-eq.

“Is this really “doing our fair share” when to meet the internationally agreed target of keeping the temperature rise below 2oC requires around 40% global GHG reductions by 2030?

“In fact, from the MfE web site, 68.7% of the submissions of around 16,000 people to the climate change consultation document sought 40% or more reduction in emissions below 1990 levels (including the Royal Society of NZ). The vast majority of those people will be very disappointed in this low-ambition target – so much for public consultation.

Assoc Prof Frank Jotzo, Director of the Centre for Climate Economics & Policy and Director of the Resources Environment and Development (RE&D) program at the Australian National University, comments, (via the AusSMC):

“New Zealand’s 2030 target is not the stuff that strong global climate action is made of. It is only a little stronger than the existing target for 2020, an 11% reduction on 1990 levels compared to a 5% reduction. This means the targeted speed of reduction slows down in the 2020s. Most other countries’ pledges imply ramping up their effort in the 2020s, New Zealand’s pledge fails this test.

“New Zealand also plans to meet the target by large scale use of international carbon markets, which is cost effective but diminishes the effectiveness in putting the domestic economy on a lower emissions footing.

“That said, we need to recognize that New Zealand is in a special situation in that agriculture and transport comprise the bulk of emissions, and reducing emissions in these sectors is relatively hard. Only very small amounts of emissions come from energy and manufacturing industries which in most other countries, including Australia, provide the greatest opportunity to reduce emissions cheaply. New Zealand already runs largely on renewable power.”