Most fish oil supplements sold in New Zealand contain less omega-3 fatty acids than their labels claim, according to new research led by scientists at the University of Auckland’s Liggins Institute. 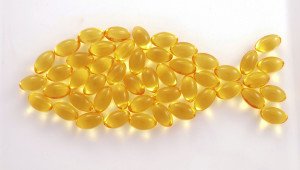 Analysing 32 brands of fish oil capsules marketed in New Zealand, the researchers found that only three contained the same concentrations of omega-3 fatty acids as listed on the label, and that most products contained less than two thirds than the amount stated.

The scientists also measured the level of oxidation in fish oil products – suggested to be an indicator of freshness – and found that over half exceeded recommended limits. Surprisingly, this was not linked to the ‘best before’ date or country of origin.

The study was published in the journal Scientific Reports this week.

Professor Wayne Cutfield, co-author of the study, explained to TVNZ that cost also made no difference to the quality of the product.

“You might think that a more expensive fish oil is less likely to be degraded, that is not the case, there is no relationship with price.” he said.

Although the researchers did not publish the brand names of the fish oil supplements that were analysed, Prof Cutfield revealed that almost half were encapsulated, labelled and marketed from Australia.

Most fish oil products sold globally are sourced from deep sea fish from the west coast of South America.

The active ingredients in omega-3 are fragile and prone to oxidisation, which could occur on the long trip from South America to Australasia, said Prof Cutfield.

“Exposure to light, air and increasing temperatures above freezing, increases the likelihood that they will degrade and become oxidised.”

The research has been widely covered in New Zealand and international media. Examples include: