A study by UK and Australian scientists published today in the BMJ has found that, in many cases, badly composed university media releases may be at the root of exaggerated health claims made in the mainstream media. 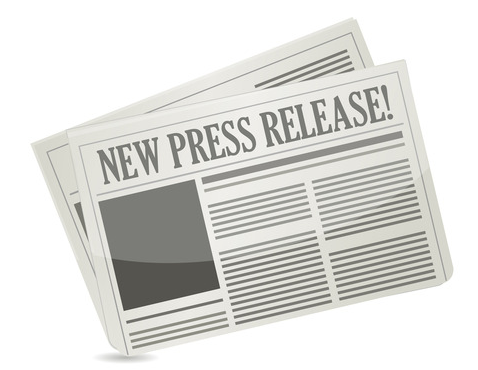 A commentary piece on the research by medical research fellow and author of Bad Science, Dr Ben Goldacre, suggests press releases should be treated as part of the scientific publication they are promoting, with references included and authors held to account for exaggerated claims.

“As Goldacre says in his BMJ editorial on the research, this is not a peripheral matter. Press releases about health research influence media coverage and media coverage influences the uptake of health-related treatments and services by the public. With busy journalists increasingly relying on press releases to quickly turn around news stories and press officers having to shout louder to be heard above the digital din, exaggerated claims in press releases are more likely than ever to be translated into headlines.

“The easiest answer to this is for the academics whose research is being featured in these releases to take a more active role in collaborating with press officers to prepare, write and vet the press releases going out to the media. Journalists need an obvious news hook if the press release is going to be picked up for coverage and press officers need a decent amount of time to craft a press release that serves that need, while at the same time accurately reflecting the research findings. The better researchers understand the needs of journalists and press officers and the more accountable researchers are for the material used to promote their own research, the more likely we are to see accurate press releases that fairly represent the science.”

“My one caveat about this research is that it looked at university press releases and media coverage in the UK. While there are likely to be similar issues in Australia, there are some differences which might give the situation here a different flavour.

“Firstly, Australia does not have the same style of tabloid reporting as the UK, where hyped headlines often appear on the front pages. It is rare for a science or medical story to end up on the front page of a newspaper here unless there is a strong political angle. Secondly, Australian newsrooms have lost an estimated 2,000 journalists over the past three years due to the downsizing of the media industry. Many of these journalists, some of them seasoned science and medical reporters, have been employed by university media departments. This has hopefully improved the quality of press releases coming from these media units.

“Having said that, there is no doubt that press releases in Australia could be improved. With publicity for research gaining momentum and embedded into the performance indicators of university PRs, hyping is likely to get worse. There is also no doubt that a good press release is an essential part of the toolkit for a journalist reporting on new research. A journalist with no science background faced with a turgid academic paper is lost without the press release to help make sense of it.

“Part of the issue is that researchers often hand responsibility for press releases over to PR departments and then have little to do with the process. There’s a tendency for scientists to think ‘that’s not my specialty so I’ll leave it to the people who know what they’re doing’. Scientists should always proofread press releases and look out for hype, over-promise and misunderstandings.”

Niall Byrne, Creative Director of Science in Public, a science communication agency based in Melbourne, comments:

“This study rings true for me. Whenever a scientist complains that the media exaggerated a discovery then I ask to see the press release. Often that’s the failure point. It’s important that the press release doesn’t exaggerate the findings. It’s also important for the press release to acknowledge the limitations. For example, “Our results open up a potential new case of drug targets but any potential new drug is at least a decade away.” And it’s critically important that the scientists own the story, that the media release is produced in collaboration between the scientists and their media advisers. Sometimes scientists don’t even see the story before it is issued by their university. A good media officer should always ask the scientist, “Is the press release true to the science?” If the scientist isn’t happy, then we need to go back to the drawing board. Having said that there are exemplars of good practice here in Australia such as UNSW’s media team and at the Walter and Eliza Hall Institute of Medical Research in Melbourne. Both teams include experienced former news reporters and science communicators.”

Julian Cribb has run his own science communication business for 12 years, he is the former Director of National Awareness at CSIRO and former Science Editor at The Australian. He comments:

“Much of the science ‘news’ emanating from universities and science agencies today isn’t news at all. It is brag, designed to market the institution. The corruption of objective science communication is a result of the commercialisation and corporatisation of science and of universities globally, which turns balanced reporting of scientific findings into institutional promotion, marketing hype and self-praise.

“The public are not fools. They know that anyone who brags or overpromises is usually dodgy. That perception is now starting to taint modern science and the organisations that do it.

“A clear line should be drawn between genuine, legitimate, objective science communication – and the marketing of degrees or institutional ‘brands’. The two are not the same – but many universities now seem to think they are.

“Conversely, genuine scientific achievement needs no exaggeration. It speaks for itself.”

“The focus in this study on the relationship between the press release and media reporting reveals what many of us have known for some time: that blaming the media for misleading the public about science is simplistic. The reporting of new research is mostly the combined product of scientists, press officers, journal press releases and journalists, and things can and do go wrong in all parts of this chain.

“That so much of the exaggeration in news reports was directly traceable to the university press release however must surely give the scientific community pause for thought.

“The encouraging thing here is the counter-intuitive finding that the media appeared to be just as likely to cover stories when they arrived in a measured press release with caveats as when they were sexed up.  This correlation, which will hopefully be explored further by this group, should strengthen the hand of the best science press officers who have to do battle with the occasional over-excited academic who insists their findings are an historic breakthrough or with certain senior managers who conflate science media relations with marketing.

“The media appetite for science stories is higher than it’s ever been. That is a fantastic opportunity but one that comes with responsibilities that scientists and science press officers have to take very seriously.  A group of science press officers is already looking at producing guidelines on best practice for science press releases not unlike the guidelines on science reporting recommended by the Leveson inquiry.  This important research adds urgency to that project.”

“The academic community has been grappling with the issue of research ‘reproducibility’, for some time, as it is important that results are both reliable and replicable.

“Given the increasing interest in the broad impacts of research, not least through the new emphasis in the most recent REF exercise, it is essential that the validity of claimed or potential research impacts is robust.

“There is therefore a duty on academics, press offices and the media alike to represent research as accurately as possible, especially as social media and other forms of communication mean that findings can circulate widely and rapidly. Accountability is an essential for all quality research.”

“In this observational study researchers reviewed more than 400 health-related press releases issued by 20 leading UK universities during 2011. They assessed whether the releases contained exaggerated advice to change behaviour, used causal statements when the research just showed correlation or inferred impacts on humans when the studies were done in animals. 40% of the press releases were found to be exaggerated, 33% had causal statements when they should have been correlation and 36% described relevance to humans when the data was limited to animals. This misinformation was carried over into the news articles 51%, 81% and 86% of the time respectively.

“There are caveats and limitations to this study, including that this research is itself only a correlation and does not show causation. Nor can we say what role journal press releases played or whether these findings would be true across all science disciplines.

“Despite the limitations, this paper is a first step in some much-needed research providing evidence into how science misreporting occurs and these findings should be a strong wake up call to a scientific community that frequently laments the quality of scientific reporting in the media. Research into health issues is one area where we cannot afford to be slack.

“Universities are in competition for students, scientists are in competition for grant funding and press officers are under extreme pressure to provide the best media coverage – it is what they are paid to do. But the best media coverage does not necessarily mean the most. We science press officers should realise the very real responsibility we have – science is a special case. Press officers not only need to know how the media works and how to best support their institution, but they should also be able to read a scientific paper, understand some basic statistics and, most importantly, have the knowledge to feel confident in their ability to push back on scientists keen to publish their results, journal editors keen to sell subscriptions and senior management who want their institution’s name to get great and greater reach.

“This research is not just a warning to press officers, but also to scientists who sign off on these press releases . Scientists, press officers and institutions all need to be aware that there is a shared responsibility for what appears on our front pages and what we cannot do is simply blame journalists, who do not always have the time – or the inclination – to check the facts.”