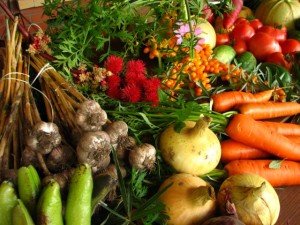 In contrast to earlier research, a new study has found that organic crops may have measurable health benefits: they appear to be higher in antioxidants and lower in toxic metals than their conventional counterparts.

The new meta-analysis, published in the British Journal of Nutrition, compiled and crunched results from 343 earlier studies. It claims that organic crops and crop-based foods are up to 60 per cent higher in a number of key antioxidants than conventionally-grown crops.

The study also shows significantly lower levels of toxic heavy metals in organic crops including cadmium, which was found to be almost 50 per cent lower in organic crops than conventionally-grown ones.

The SMC gathered the following expert commentary. Feel free to use these quotes in your reporting. For assistance reaching these or other experts for follow up, contact the SMC.

“This manuscript reports a meta-analysis study to determine if there are food compositional differences between plant foods produced under organic agriculture and those resulting from conventional agriculture. The study used a rigorous search regime and appropriate statistical analysis. Analyses were carried out on both weighted and unweighted data sets. It appears reasonable to place greater credence on the results of the weighted analysis.

“The study reports three major findings that are considered favourable to organic agriculture. Organic produce was found to contain statistically:

“While not all previous meta-analysis studies have identified these differences, they are differences that are not unexpected.”

“While these compounds are believed to have beneficial human health effects, these benefits have not been confirmed. It is probably more accurate to say that they are candidate compounds for the beneficial effects seen from a diet with high consumption of fruits and vegetables. This point is acknowledged by the study authors in their discussion.

“These compounds are also known inducible plant defence compounds, which may be produced by plants in response to biotic or abiotic stress. Organic agriculture proscribes the use of synthetic pesticides and it is plausible that organic crops may be under greater pest and disease pressure than their conventional counterparts.

“It should further be noted that the meta-analysis found a greater concentration of dry matter in organic produce, although this was only statistically significant in the unweighted analysis. Higher dry matter can result from the produce being less ‘plump’ or more shrivelled and will result in concentration of compounds in the edible portion.”

“Cadmium is known to be elevated in phosphate fertilisers from some sources. These fertilisers are not used in organic agriculture and it is entirely plausible that organic produce may contain lower cadmium concentrations than the conventional equivalents.”

“Synthetic pesticides are not permitted in organic agriculture and it would be very surprising of the prevalence of pesticides were not lower in these products. It is noteworthy that, across the studies considered, pesticide residues were detected in about 11% of organic samples. The authors of the study note this and state that it may be due to cross-contamination, persistence, or accidental or fraudulent use of pesticides.

“In a study carried out by our group, pesticide residues were detected in 22% of samples. Of the residues found on organic produce about 10% may have been due to persistence [in the environment]. Concentrations found were generally higher than would be expected from cross contamination.”

Our colleagues at the Australia and UK SMCs collected the following expert commentary.

UK SMC ‘Before the Headlines’ analysis