New Zealand is in the grip of a winter storm, with cold southerlies from Antarctica bringing snow, wind and hail. 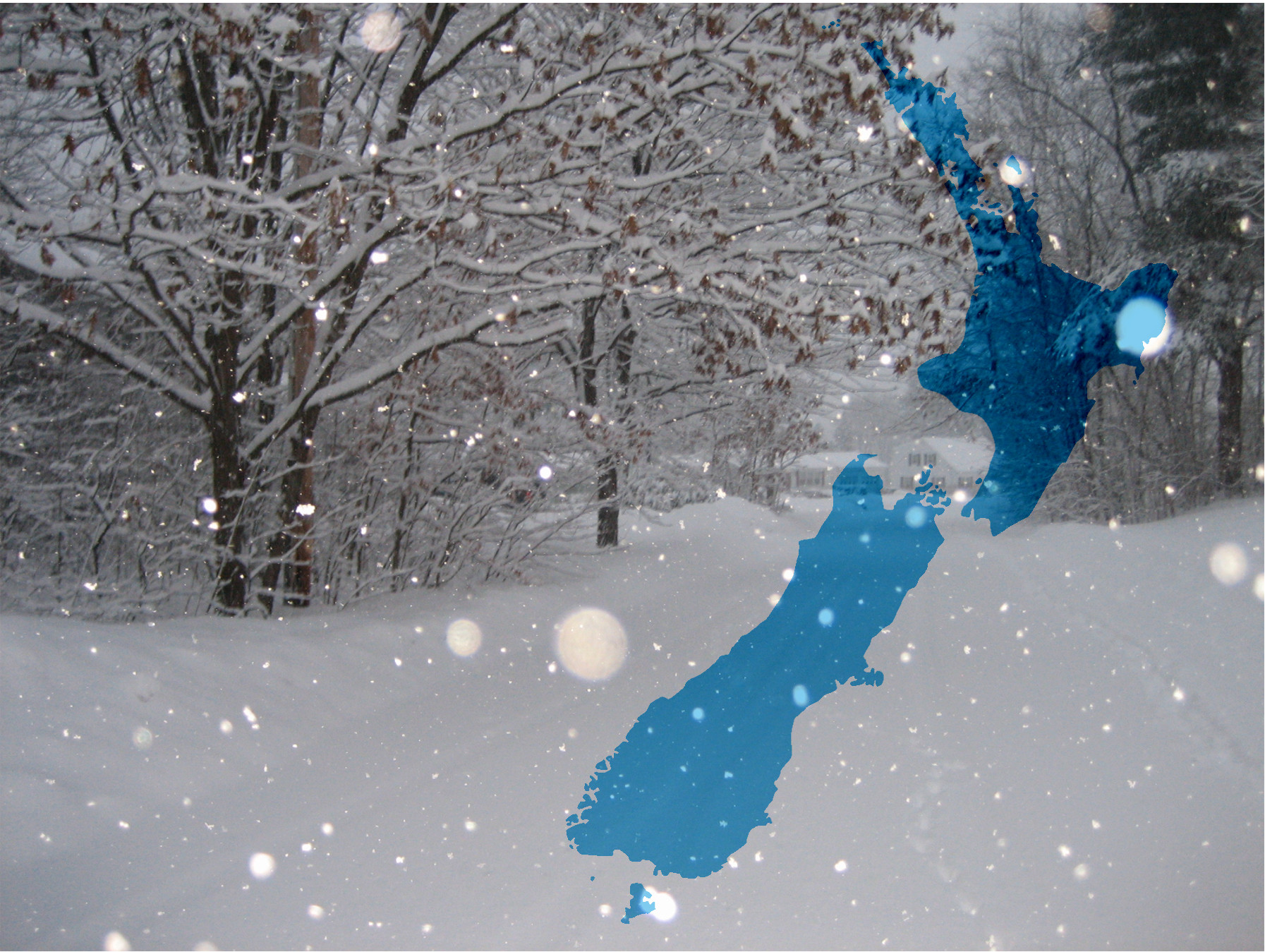 Severe Weather warnings from MetService are in place for most of the country. Earlier in the week, MetService Meteorologist Daniel Corbett commented,”This winter storm will have quite a bit of bark and bite, and is expected to bring widespread severe weather for much of New Zealand.”

“While snow will be a major issue for those in the South Island, wind and hail will affect many North Island districts,” he noted.

NIWA researchers are braving the cold conditions to monitor snowfall in the South Island and the public can help them gather data by measuring the snowfall in areas of low elevations around their homes as part of the How Deep is the Snow at your Place? initiative.

The Science Media Centre approached experts for comment on the extreme temperatures and weather. Feel free to use these quotes in your reporting. If you would like to contact a New Zealand expert, please contact the SMC (04 499 5476; smc@sciencemediacentre.co.nz).

“To get an event like this, which is pretty extreme, we need the westerly wind that normally blow across New Zealand and the southern oceans to slow down and to buckle into a series of big meanders, north-south waves around the hemisphere. This is more likely to happen in the negative phase of the Southern Annular Mode (SAM) and we have just gone into negative SAM territory in the past few days.

“Right now we have a series of large-scale waves around the southern hemisphere, with big southerlies near New Zealand, over  the central Pacific, off the eastern South American coast, over the eastern South Atlantic, and over the central Indian Ocean. The southerly flow over/near New Zealand is the most impressive, as it reaches all the way south to south of 60S. The central Indian Ocean southerly is almost as far-reaching. Between all these regions of southerlies, we have regions of northerly winds, east of the Chathams, over the eastern Pacific, over the central South Atlantic, just east of Southern Africa and west of Western Australia. In those areas, temperatures will be much higher than normal for winter.

“So, the air is so cold over New Zealand because the isobars are going all the way to around 65S, which is almost down to the edge of the sea ice at this time of year. Hence, we have air coming from a long way south, flowing up over the country, meeting up with warmer, moister air as it comes north, and picking up moisture from the underlying ocean as well.”

“Cold can kill, but heat is the medicine. New Zealand villas and bungalows, as the names suggest, are built for temperate climates, increasingly uncertain with climate change driving extreme weather events, such as snow storms. Our houses are made of relatively light-weight materials and in winter most of them are colder than recommended by the WHO for health and well-being.  Only a third of our existing houses have had insulation retrofitted.  In winter, most of us live mostly in one room and in extreme cases families also sleep in that room to keep warm.

“These patterns cause health problems. Keeping the house ventilated and heated to between 18°C and 21°C is important, particularly for vulnerable pre-school children and older people, who spend more than 90% of their time inside.  In winter, living in cold, damp indoor environments, is more conducive to the health of viruses than people.  Crowding into the warmer room of the house increases the spread of respiratory infections.

“Cold houses can also be a health hazard for people with chronic conditions, such as heart disease or COPD. The evaluation of the Warm-Up NZ programme showed that after hospitalisation, older people’s risk of death is significantly lower if their house is insulated. Keeping the whole house warm is particularly important for older people.”

“In a snowstorm, the primary concerns are the potential loss of heat, power and telephone service, and a shortage of supplies if storm conditions continue for more than a day. It is important for people living in areas at risk from snowstorms to consider the need for alternative forms of heating and power generation.”

Your local contact is the civil defence office at your council. For information about weather warnings and advisories go to www.metservice.com  More information about storms and other emergencies is at www.getthru.govt.nz