The UN’s Food and Agriculture Organisation (FAO) has today urged heightened readiness and surveillance against a possible major resurgence of the H5N1 Highly Pathogenic Avian Influenza amid signs that a mutant strain of the deadly Bird Flu virus is spreading in Asia and beyond. 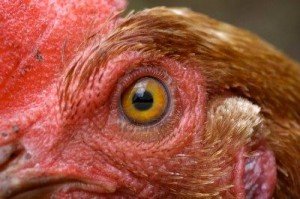 The full release from the FAO is available here.

Our colleagues at the Australian Science Media Centre contacted experts for further commentary on the announcement.

Feel free to use these quotes in your stories.  If you would like to speak to a New Zealand expert, please don’t hesitate to contact the SMC, smc@sciencemediacentre.co.nz.

Professor Peter Doherty is a Laureate Professor from the Department of Microbiology and Immunology at the University of Melbourne. Professor Doherty won a Nobel Prize for Medicine in 1996.

“The first point to make is that we have not had any H5N1 ‘bird ‘flu’ outbreaks in Australia, though this virus is active in countries to our north and west. We are protected by our quarantine, and by “Wallace’s Line” which determines avian migration patterns. Since the emergence of a high pathogenicity (HP) H5N1 in wild water birds at Qinghai Lake in 2003, the HP H5N1 virus spread extensively to India, the Middle East, Europe and North Africa. Prior to that, it had also gone as far south as Indonesia, possibly via the illegal movement of birds.

“The peak of the disaster was in 2006, and a conservative estimate is that 400 million domestic poultry have been culled or killed, at a cost of more than $20 billion. There are in excess of 560 confirmed human cases with a mortality rate of around 60 per cent. Of the eight human infections in Cambodia this year, all patients died. These H5N1 viruses are extremely virulent in mammals, including lab mice, ferrets, and naturally infected cats and leopards.

“Though partial control has been achieved and there has been evidence of eradication from domestic poultry in some countries, HP H5N1 keeps coming back. Vaccination does not seem to be the solution, and it is thought that large chicken populations serve as ‘incubators’ for the selection of resistant mutants. Whether such mutants are indeed being spread by migratory water birds is less clear, though the pattern of sporadic re-introductions in remote locations is suggestive.

“One high-tech solution that is being pursued in research laboratories is to engineer a spectrum of resistance/interference genes into domestic poultry. If that works, it could provide a solution though it would, of course, require that those in the affected regions overcome any qualms they might have concerning the consumption of GM chickens.

“This is a dangerous situation, both from the economic/social aspect of lost high quality protein production in developing countries, and from the possibility that the continued exposure of humans (and pigs) could lead to the emergence of a mutant, or a reassorted (with a current human strain) H5N1 virus that could spread between people and trigger a global pandemic. The recent H1N1 “swine ‘flu” pandemic was caused by the reassortment of genes from two pig viruses. That virus was incredibly infectious and went around the world in six months though, fortunately, it was not especially virulent as it took about six months before we started getting vaccine into peoples’ arms.

“If, however, a pig became infected simultaneously with an HP H5N1 virus and the 2009 pandemic strain, it is possible that an extremely virulent variant that spreads readily between humans could emerge. That is one of the many reasons why the current, global effort to develop much more cross-reactive influenza vaccines for production ahead of time (perhaps as a strategic reserve) is so important.”

Professor George Milne is from the University of Western Australia’s School of Computing Science and Software Engineering.  He has done research on disease spread modelling.

“The emergence of new strains of H5N1 avian influenza is not surprising due to the constant change inherent in influenza viruses. The concern for humans is that previous H5N1 strains which infected humans have had a high case fatality rate (60% plus has been estimated).

Furthermore, and significantly, experiences with H1N1 swine flu in 2009 and 2010 indicated difficulty in containing and controlling its spread. Recent modelling conducted by ourselves and others in Australia has given guidance as to which intervention strategies may be most effective (and cost-effective) in containing an outbreak. For a highly pathogenic strain which becomes transmissible between humans the UWA modelling suggests that a strict regime of social distancing measures (home quarantine coupled with sustained school closure) together with the rapid and comprehensive use of antiviral drugs would be the most effective and cost-effective strategy to adopt.”