Minister for Research, Science and Innovation Megan Woods and Revenue Minister Stuart Nash have released a discussion document on a proposed Research and Development tax incentive. 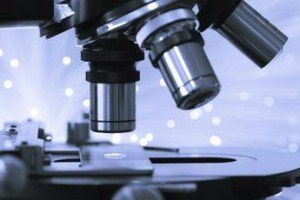 With New Zealand’s gross expenditure on R&D currently at 1.28 per cent, this puts the country behind the OECD average of 2.38 per cent. The Government has set a target of increasing R&D expenditure to 2 per cent of GDP by 2027 and has proposed a tax incentive to come into effect by 1 April 2019.

The discussion document is available on MBIE’s website: consultation is open until 1 June.

The Science Media Centre has asked experts to comment on the discussion document, please feel free to use these comments in your reporting. Further comments will be added to our website.

“The discussion paper released today on an R&D tax credit scheme will spark a much-needed conversation about how best to lift NZ’s investment in R&D and improve its productivity, both of which are well below the OECD average. The tax credit will add to the policy tools available to encourage research investment.

“I expect the introduction of the tax credit will be favourably received by industry, but the devil is in the details. There is likely to be considerable debate over the next few weeks about whether the government has the design of the programme right. For example, there are bound to issues around the application of the “science test” for eligibility, especially for software firms, and questions about whether the $100,000 expenditure threshold is unfair to start-ups.

“I am concerned that the government may rely too heavily on the tax credit in hopes of reaching the goal of increasing R&D expenditure to 2% of GDP by 2027. Most OECD countries have some form of R&D tax credit, and some of those with the lowest R&D spend rely heavily on tax credits, while some of the most R&D intense rely heavily on targeted grants. Getting the balance right between the use of these policy tools is important and will have to be calibrated to NZ’s unique context.

“The discussion document does not set out the government’s view on how tax credits will work in conjunction with other policy instruments to stimulate new R&D in the sectors most likely to grow and enhance NZ’s productivity. It is important to keep in mind that the majority of R&D spending goes into salaries, so labour force issues around education, training and attracting the best and brightest talent to make NZ their home are also critical.”

“The introduction of a 12.5% tax credit system, with a generous $120 million cap per annum, should stimulate more business R&D investment and this will be welcomed. Some care is needed in the way in which R&D is measured and accounted for to be able to see true gains in investment. The prescriptive definition of qualifying and non-qualifying R&D in the announcement should assist this.

“Alongside the introduction of the tax credit, ongoing efforts and incentives are needed to achieve stronger connections between the research sector, business and industry, particularly to grow R&D engagement in the SME sector. We also want to see a higher level of R&D investment in larger companies. I believe the cultural shift to seeing R&D as an investment rather than a cost will be as important as the availability of tax credits in lifting the level of R&D in New Zealand.”

“New Zealand’s spending on research and development, both by government and the private sector, has remained stubbornly low for decades. This has inhibited our ability to grow our economy sustainably, and has led to economic performance that has been anaemic relative to other advanced countries.

“Late in their last term, Helen Clarke’s government sought to address this via the introduction of tax credits for research and development, but these were axed by the incoming National government and eventually replaced by direct grants to firms through Callaghan Innovation. Evidence for the effectiveness of this direct grant system has been mixed, so it is not surprising that the new Labour-led government is looking at an alternative.

“I think R&D tax credits have some advantages over direct grants for New Zealand, but I don’t think there is a single silver bullet solution to lifting our R&D spend. Hence I would like to see this policy become part of an integrated strategy that signals a long-term commitment to valuing innovation in New Zealand.”

Conflict of interest statement: I am Director of Te Pūnaha Matatini, a TEC-funded Centre of Research Excellence, and am involved in an MBIE-funded research project that is looking to develop quantitative measures for developing and evaluating innovation policy.