Rocket Lab successfully launched its Electron rocket and deployed satellites into orbit this afternoon, a milestone for the company and New Zealand’s fledgling private space industry. 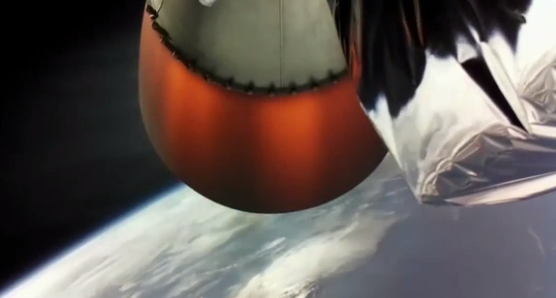 The SMC rounded up reaction from space and rocket experts. Feel free to use the comments below in your reports, or contact the experts directly to follow up for interviews.

“Wow! This is a fantastic achievement and I am enormously impressed by this successful launch. It really does usher in a new era for a number of reasons and I am really jealous that this company is operating in New Zealand rather than the UK. It would be great to see them involved in the developing UK launch market and our plans for launching from our own country… but New Zealand beat us to that!

“What more can I say? I think that Rocket Lab are pioneering a new approach to low-cost launch services with their novel manufacturing methods that brings a different dimension not explored by others. Also, so far as I know, they have done this without the vast financial resources available to Elon Musk, Richard Branson and others….A spectacular result.”

“Space is hard. Three words that sum up over fifty years of technological struggle, success, failure, national pride, fervour and a lot — a lot — of money and resources. To be able to send a rocket to space remains one of the most challenging technological acts we as a species can accomplish. Today Rocket Lab made it look easy. On only their second attempt, the company lofted one of their Electron vehicles to orbit in an apparently flawless launch, deploying its payloads and heralding a new era in New Zealand — and world — history.

“Space remains hard, and while our local launch provider demonstrated its capabilities with aplomb, behind that exemplary performance lies thousands of person-hours, research, development and testing. It does go to show what we can achieve with will, drive, determination and support. I look forward to the years ahead as we work towards taking advantage of our new access to space.”

“Very nice launch.  My heartiest congratulations to the Rocket Labs team. And I welcome New Zealand to the short list of countries with a successful launch system.

“After 30 years in the launch industry with hundreds of launches, each one is still a thrill. And I must say, the geographic setting of the launch pad is the most scenic in the world. The obvious excitement of the team is evidence of the huge amount of work and perseverance required to get into space.

“My personal feeling were similar when my rocket, the Atlas V, made its 75th successful launch yesterday (with no failures).”

“It was wonderful to see such a smooth countdown, and a nominal launch.  When the web-cast shutdown, Electron Still Testing made orbit. I was unable to discern from the webcast if one or all three satellites were inserted into orbit.

“This success should instill confidence in Rocket Lab’s customers, starting a busy 2018 launch schedule. The industry will be watching Rocket Lab’s ability to meet schedule, but this is a milestone for Rocket Lab.”

Professor Richard Easther, Professor of Physics (and Head of Department) at the University of Auckland, comments:

“This is a red-letter day for New Zealand; that was a flawless launch and a huge milestone for RocketLab. To put this in perspective, we are now one of just a dozen countries to have successfully built and deployed a rocket that can put satellites into orbit.

“The other countries in the club are either all world powers like the USA, Russia, China and India or smaller countries which are armed to the teeth — Israel, Iran and North Korea. So New Zealand really stands alone with a technically advanced, commercially focused launch vehicle. And what we have seen today is really just the first chapter is what promises to be a fascinating story for the country and our technology and science sectors — I couldn’t be more excited.”