The European Court of Justice has ruled that national courts can decide that vaccines can cause adverse reactions, even in the absence of scientific evidence. 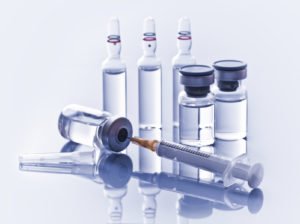 The ruling follows a case of a French patient who was vaccinated against hepatitis B in 1998 and developed multiple sclerosis a year later. Prior to his death in 2011, he sued the pharmaceutical company that produced the vaccine, which he blamed for his decline in health.

The UK SMC gathered expert reaction to the ruling, please feel free to use these comments in your reporting.

“Vaccine policy decisions in the UK are underpinned by scientific evidence which is reviewed by the experts on JCVI, including close scrutiny of vaccine safety before any vaccine is introduced. We also regularly review the safety of our progammes in conjunction with the UK regulator (MHRA) and Public Health England. The European Court Ruling does not appear to be consistent with the normal rational scientific approach to analysis of evidence, and the decision risks  undermining vaccine programmes which save millions of lives around the world every year.”

“I was quite surprised to learn about the EU court decision. The HBV vaccine is widely considered an extremely safe and effective vaccine, which has been administered since 1981. There is a nearly stellar safety record and globally, approximately 90% of newborns now receive birth dose vaccination. It is surprising to see a ruling, which is impossible to assign to the HBV vaccine. Normally, these side effect profiles would need to be investigated in a controlled clinical trial, where participants are closely monitored. Otherwise, no conclusions can be drawn, since underlying medical conditions are unknown.”

“I wouldn’t claim to be an expert on legal rulings and I am unclear what legal impact the current case has.

“However, in the case of a link between hepatitis B vaccination and onset or worsening of multiple sclerosis, I don’t think the evidence is particularly compelling. As a virologist, I do know that the risk of serious disease from hepatitis B infection is well proven and very real – that’s why the vaccine was developed. On the evidence we have available, the HBV vaccine is effective and safe.”

“There are very serious concerns about this ruling from the European Court of Justice that judges can decide whether a vaccine has caused an illness even without evidence, and the implications of this. It is about deciding on the causal effects of a vaccine and implicitly, any medicine. The evidence produced is not available, but parts of the press release highlight potential concerns on how the decision was reached, such as ‘the absence of a family history’. While multiple sclerosis (MS) has some familial clustering, it is at best very weak evidence indeed of a non-genetic effect, particularly a vaccine.

“Other criteria such as the ‘seriousness, specificity and consistency’ of the evidence is of little value in assessing causality. Seriousness in terms of what is medical seriousness has, on its own, nothing whatever to say about causality. Specificity seems to be undefined; in medical science it implies that this particular disease is the particular one associated with a vaccine rather than having many effects associated. There are good arguments that this criterion is of little value in assessing causality.  ‘Consistency’ is also difficult to use. Certainly the vaccine in question is only rarely followed by people reporting multiple sclerosis, so it is not clear what is meant here.

“They go on to say “temporal proximity between the administering of a vaccine and the occurrence of a disease, the lack of personal and familial history of that disease, together with the existence of a significant number of reported cases of the disease occurring following such vaccines being administered”. “Temporal proximity” is very useful in cases of anaphylaxis and some other effects that can be caused very shortly after a relevant exposure. It is much less useful in cases of a disease with an insidious onset such as MS.

“Vaccines are one of the greatest global health achievements. While it is vital that we identify adverse effects of vaccines that are real, we must be very careful not to damage public trust in vaccines. The now-discredited claim of a link between the MMR jab and autism is clear evidence of that.

“Of course the European Court of Justice has no remit to consider public health, but the medical research community does and is tasked to improve it.”

“It is vital that we use an evidence-based, scientific approach to assess medicines in order to ensure that patients are provided with effective and safe treatments.   It is very concerning that the European Court of Justice has ruled that judges can consider whether a vaccination led to someone developing a medical condition, even if there is no scientific evidence to support this.

“The court judgement states that “the administering of the vaccine is the most plausible explanation” for the disease and that “the vaccine therefore does not offer the safety that one is entitled to expect”. This is misleading: anecdotes are by their nature plausible, but must be disregarded as a guide to decision-making. Decisions must be made on evidence, not anecdote.

“The Government’s Joint Committee on Vaccination and Immunisation (JCVI) is the independent expert advisory panel which reviews all the scientific evidence available on each vaccine using very rigorous and objective criteria. JCVI then makes recommendations on whether it should be provided to patients.   Once a vaccine is approved, the UK’s Medicines & Healthcare products Regulatory Agency monitors its safety on an ongoing basis.”

“Vaccines are amongst the best measures we have to save lives and prevent disease. The public should be reassured that all vaccines available in the UK go through a rigorous approval process and ongoing monitoring to ensure their safety. We should continue to vaccinate according to the carefully designed UK schedule, disregarding anecdotes and false associations.”

“The European Court of Justice does not decide the facts of the case, as stated.  It is for the French courts to resolve / dispose of the case itself, decide whether there is sufficient evidence for causality in this particular fatality by that particular vaccine, and the damages that may or may not be awarded.  The ECJ ruling does not include an opinion about whether there was a causal relationship or a product defect in that underlying case.

“What the ECJ does seem to be saying is that it authorises national courts themselves to make such judgments about causality, based upon the evidence that they may be presented with.   This would contrast, for example, with reliance on expert opinion in assessment of causality, and suggests that the courts themselves could even make their own judgment contrary to expert opinion.

“The bit about prima facie (accepted as correct) evidence in support of causality is surprising, and one would suggest that the lawyers at the ECJ are unqualified to make such a suggestion because they will not have heard the detailed evidence from both sides in the underlying case.  But they do, I suppose emphasise that it is a prima facie opinion.

“As someone with experience assessing adverse events in both marketed products and clinical trials, the evidence cited falls short of suggesting vaccine attributability.  The prior health, of the patient, absence of family history and supposed close temporal relationship (which is itself arguable) could all be (and more easily explained) as coincidental.

“The only alleged evidence that would be worth taking seriously is the alleged numbers of other similar cases.  Those data should be capable of detailed case comparisons for consistency, and probably also orthodox epidemiological study (possibly including what is known as disproportionality analysis).  For example, without that sort of study, one might just as well say: “If this vaccine causes MS, then why is it that millions of people have been vaccinated and did not get MS?  And why are there so many people with MS who have never had this vaccination?.  In legal terms, the incidence of that vaccine causing that adverse reaction must be so low that it comes nowhere near causality on a traditional ‘balance of probabilities’ test.

“Similar anecdotal cases have been reported for many other vaccinations.  For example, MS is an auto immune disease, and a recent proper epidemiological study, led by experts in France, has found no such hazard for HPV vaccination, in spite of analogous allegations (see reference below).  If we are then going to assume that because of this weak evidence almost all vaccines are defective, then we should stop using them.  The whole population will be exposed to diseases with much greater probability of morbidity and mortality.  The epidemics after the false MMR / autism allegation was one such result.

“Overall, pending seeing the data for all the other alleged similar cases, this does not represent substantial evidence at the case level.  The ECJ might be accused of over-reaching for suggesting otherwise, although does clearly recognises its limits elsewhere in the report.”

“About 1 or 2 in 1000 people develop multiple sclerosis (MS) and billions of doses have been administered over the years. No causal link exists but a few cases after vaccination would not be surprising, especially when administered to teenagers, just before the age of onset age for many MS sufferers.

“What they are saying is the vaccine is responsible for the patient’s MS if it can’t be proved it isn’t, and that is virtually impossible given what is worded.  Potentially this ruling affects all drugs and threatens the development of new drugs.”