Associate Health Minister Nicky Wagner has announced the sale of nicotine e-cigarettes and e-liquid will be legalised. 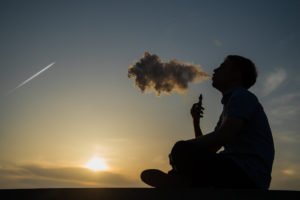 Controls will include restricting sales to over 18-year-olds and prohibiting vaping in indoor workplaces and other areas where smoking is banned under the Smoke-free Environments Act.

The Science Media Centre gathered expert reaction on the announcement. Feel free to use these comments.

“The Government has made a pragmatic decision that attempts to balance benefits and risks to both individuals and the wider population.

“Not everyone will agree with all aspects of the legislation, such as the advertising or the banning of vaping in smokefree areas. Nevertheless, it is a major step that acknowledges that using these products is far safer than smoking tobacco cigarettes.

“Making nicotine e-cigarettes legally available will be helpful for many people. Many New Zealanders have found them to be helpful in quitting or cutting down smoking.

“What seems to be absent from the legislation is the requirement for a systematic monitoring regimen, to track purchasing and use patterns and, ideally, documenting any adverse health effects.”

“There is unfortunate confusion with banning vaping wherever smoking is banned, which sends a mixed message that vaping must be similarly dangerous which it is not. Though Minister Wagner did say under the Smokefree Environments Act, which currently does not ban smoking in many outdoor areas.

“Local Govt Councils, District Health Boards, Universities and other workplaces are, however, being heavily lobbied to ban smoking on their grounds (which goes beyond the SFE Act) and they are banning vaping also.

“So the message is: you’ll be able to buy nicotine for vaping as an alternative to smoking but you won’t be able to vape where smoking is banned and we’re going to extend those bans to as many outdoor and public and non-public areas as we possibly can.

“For instance, Housing NZ tenants are not allowed to smoke on Housing NZ properties including residential rental properties. It’s giving with one hand, taking away with the other.

“I am concerned too about signalled restrictions on strength of nicotine in e-liquid – so there is still a lot of ignorance around vaping. ”

“I think it is concerning that e-cigarettes will be so widely available (in dairies, service stations and supermarkets).

“A submission prepared by University of Otago and University of Auckland researchers (see here) suggested either retaining the status quo or limiting distribution to specialist vape stores and pharmacies, where smokers are more likely to get the expert advice that will promote full transition from smoking to vaping.

“The Cabinet paper (point 46) appears to allow point of sale (POS) displays; children may get substantial exposure to POS displays in dairies (retail outlets many visit quite frequently).

“Smokers are not the only people who will see these displays and there is not enough detail as to how point 45 (advertising should not encourage non-smokers, including children and young people, to vape as nicotine is addictive and vaping is not completely without risk to health and wellbeing) will ensure children are protected from e-cigarette marketing.

“Overseas examples of e-cigarette marketing suggest these have used provocative themes likely to appeal to young people; there needs to be more detail about how the marketing activities seen internationally will be regulated in New Zealand to prevent these promotions from encouraging uptake among children and young people.

“There is already high awareness of e-cigarettes, so the reasoning underlying point  44 (Smokers need to be able to see what is available if they are to be encouraged to switch) is not clear.

“Smokers would seem more likely to switch from smoking to vaping, if they get expert advice, and it is not clear how dairies, supermarkets or service stations are set up to provide such advice.

“This announcement by the Government is sensible. In particular, the cautious approach to applying the same restrictions to the sale and marketing of e-cigarettes as currently apply for tobacco.

“E-cigarettes are almost certainly (far) less health damaging that tobacco to humans – at least among people who ‘have to keep using either tobacco or e-cigarettes’.

“However, uncertainty remains about many important aspects of long-term used, to both individuals and the population.  Namely:

“For all these reasons, a cautious approach to the legalisation of e-cigarettes is required. Ongoing research and monitoring is required. And an ongoing ability to strictly control their sale (e.g. licensed outlets only) has to be considered, in tandem with controls on tobacco.”