A new report examining the compliance, monitoring and enforcement of New Zealand’s environmental law highlights concerning weaknesses and calls for improvement across a range of agencies. 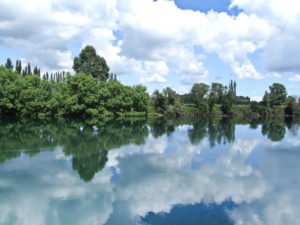 Last Line of Defence was published this week by the Environmental Defence Society (EDS), authored by senior policy analyst Dr Marie Brown. Across different agencies, she found a range of concerning issues, including poor quality law, often limited capacity and capability in agencies, politicised decision-making and a lack of audit and oversight.

“Concerning aspects include the presently weak resourcing for compliance in the Department of Conservation. District councils too appear to have little resource for this function and some, none at all,” Dr Brown said.

“If there’s no chance of environmental offenders being caught, there’s little incentive to obey the law.”

EDS chief executive Gary Taylor said “in our view environmental compliance is an important but overlooked stage of the policy cycle”. “This means environmental laws are often broken and the public is not able to trust regulators to do their job properly and follow that up.”

Dr Brown told the NZ Herald that many environmental laws revolve around “the last of the cash jobs – unlawful native timber harvesting, the poaching of crayfish and trout and whitebait”.

“What it says is we’ve got to invest in our frontline officers and give them the tools and the support to do their job, so you don’t have a ranger that’s never done a course in compliance wandering around on their own in the middle of nowhere encountering the Mongrel Mob – which is the kind of stuff that a lot of officers are facing.”

Ministry for the Environment chief executive Vicky Robertson said the report gave the ministry and other agencies a “useful independent perspective, highlighting what is being done well already and where we can raise the bar”

Hard copies of Last Line of Defence can be ordered from the EDS website.

The report was covered by local media, including: