Nanomaterials currently used in food additives and packaging do not appear to pose a health risk but we will need to keep an eye on newer materials in the pipeline, reports Trans-tasman food regulator. 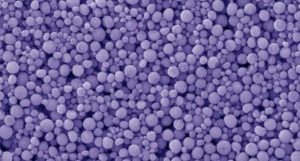 Certain compounds, when engineered as particles measuring on the nano scale (one billionth of a meter), can exhibit certain properties; for example, nano-silver particles have antimicrobial properties.

The new reports find that for the most common compounds (nanoscale silicon dioxide, titanium dioxide and silver) “the weight of evidence does not support claims of significant health risks for food grade materials.” Although there some areas that may need further research.

Newer nanomaterials patented in the US are not in currently use in Australia or New Zealand. However FSANZ notes that their conclusions “may need to be reviewed as the sophistication and application of nanotechnologies to food and food packaging advances.”

More information about nanotechnology and food can be found on the FSANZ website.

The SMC collected the following commentary.

Prof Simon Brown, Professor of Physics at the University of Canterbury, comments:

“FSANZ has commissioned reports on the issue of whether it is safe to use nanoparticles in food additives and food packaging. FSANZ’s first key finding is that these reports indicate that the weight of evidence does not support claims of significant health risks. At first sight this is good news for the consumer, and so it is a shame that many readers will stop reading at this point, believing that there is no issue.

“In fact the Executive Summaries of the reports are much more balanced and highlight some significant issues. For example:

“Given the very significant scientific uncertainties, I think these reports sound an appropriate note of caution: the situation is not nearly as simple as FSANZ’s key finding suggests.

“Having been asked to respond to these reports at short notice, I have not had time to read them thoroughly, but it seems clear that some additional issues are not addressed by these reports. For example it is well known that silver nanoparticles have an antimicrobial effect, and that globally we have a problem with increased resistance of bacteria to antibiotics. If silver nanoparticles are to be used extensively in food packaging it would be helpful to consider the entire life-cycle of the packaging: where will the nanoparticles end up, and what effect will they have on the bacteria that will encounter them?

“It is also concerning that the FSANZ summary of the reports claims “Titanium dioxide and silicon dioxide are used internationally in a range of food products and have been used safely for decades”, which appears to completely miss the reason why the reports were commissioned in the first place: nanoparticles of these materials can and do behave differently from larger pieces of the same material. It is simply not possible to draw conclusions about the safety of nanoparticles from the properties of large particles.

“FSANZ should be congratulated for commissioning these reports, but its response is glib. It will remain the case for many years to come that there are considerable uncertainties about the effects of the use of nanoparticles in consumer products, and New Zealand’s regulatory system would do well to acknowledge those uncertainties, rather than simply giving the green light to these products.

From our colleagues at the Australian Science Media Centre:

Prof Ian D. Rae is an Honorary Professorial Fellow at the University of Melbourne, an advisor to the United Nations Environment Programme on chemicals in the environment, and is former President of the Royal Australian Chemical Institute. He comments:

“These are very good reports.  Roger Drew is one of Australia’s leading toxicologists.

“The reports draw on patent literature, but only to show the likely uses of nanomaterials in packaging.

“They examined the published research literature, which shows that migration of nanomaterials from packaging is negligible. However, the authors caution that (a) there is not very much of that literature (few research studies) and (b) more needs to be known about the toxicology of nanomaterials.

“Some nanomaterials have been included in food for years now, with no evident ill effects.

“At present it seems that there is some use of such materials overseas, but not here.  Companies might claim superior performance of their packaging but they will be wary of volunteering information about the inclusion of nanomaterials because they know that, for some people, it is a sensitive issue.

“An independent assessment of whether nanomaterials are present in packaging would require a full chemical analysis and cost a lot of money.  In view of the likely low exposure and low hazard, the risk is low and so it is unlikely that anybody would do this.”

Prof Andrew Bartholomaeus is a consultant toxicologist with adjunct professor appointments at the University of Canberra the University of Queensland and has previously been the chief toxicologist for the Therapeutic Goods Administration and the General Manager of the Risk Assessment Branch of FSANZ. He comments:

“The recent reviews conducted for FSANZ of nano-sized materials in food and food packaging draw conclusions largely consistent with the overall body of evidence and with previous considerations by other regulatory agencies.

“The human diet naturally contains material in the nano-metre size range and nanoparticulate material, such as silicon dioxide and titanium dioxide, has been a component of some foods, cosmetics and pharmaceuticals for many decades. Regardless of the particle size of soluble food components, once dissolved they are indistinguishable from traditional materials.

“Although the safety of any food additive requires, and receives, careful assessment by regulatory bodies prior to approval, overall the safety or otherwise of food additives and packaging components generally has very little to do with particle size and to date no toxicological effect unique to nano-particulates following oral administration has been identified.”

“The use of Nano-materials in food packaging offers a lot of benefits and new opportunities. These include the promise of offering extended shelf-life to perishable foods such as red meat and chicken, giving significant food safety and health benefits – not to mention the cost and environmental savings associated with less food wastage. This report is a positive step forward to allowing this to happen in Australia and letting us catch up to other parts of the world.”

“Nanotechnologies and nanomaterials can pose a health risk similar to general industrial chemicals. The existence of particles or materials with sizes on the nanoscale in food or food packaging is longstanding – they’ve existed before we even knew to call them nanoparticles.  Moreover, their existence does not appear to pose any new form of health risk in a way that is qualitatively different than other additives. Monitoring and analysis of any food packaging or additives should reasonably consider nanoparticles alongside a host of other chemicals.

“Overall in considering exposure to nanoparticles we have to think about relative scales. The amount of nanoparticles to which we are exposed through food packaging or additives is dwarfed by our exposure coming from the exhaust of internal combustion engines, dust from sand on the beach, or bushfires. Given the known toxicity of man-made nanoparticles in vehicle exhaust the most pressing health concerns suggest the need for improved air pollution controls before concerns about food packaging become significant.”