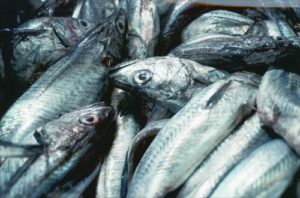 Between 1950 and 2013, 24.7 million tonnes of fish went unreported, compared to the 15.3 million that was officially reported to the UN Food and Agriculture Organisation, the international research led by the University of Auckland’s Dr Glenn Simmons reports.

The researchers drew on stock reports, peer reviewed studies, unpublished reports and over 300 interviews with industry experts and personnel, to build an estimate of unreported catch.

The majority of unreported fish catch was commercial catch or fish discarded because they were the wrong size or species.

The research was published as a working paper as part of the Sea Around Us project by the Institute for the Oceans and Fisheries, University of British Columbia.

A media release and copy of the report is available from the ‘Sea Around Us’ website.

The Science Media Centre collected the following expert commentary on the report.

“The report combined official catch records and other data from government reports and information obtained under the Official Information Act, with interviews with fishermen, fisheries observers, and fisheries managers. It is the most comprehensive study of NZ fisheries to date.

“The report has been reviewed in detail by several other experts, including university scientists and experts from government and the fishing industry.

“The report by Dr Simmons and his colleagues formalises and quantifies what everyone who knows anything about fishing has known for years – that dumping and misreporting are rife within the industry, both inshore and offshore, and have been for decades.

“The response of MPI’s fisheries management director, Dave Turner, has been to question the data and interpretation, and to imply that catch data are not so very important – because fisheries are managed using information on abundance.

“Questioning the data and interpretation is a curious response, considering that much of the data used in the analysis was gathered by government agencies (especially MPI), and two of the report’s authors were long-time employees in MPI’s fisheries compliance unit.

“Turner’s implication that catches are unimportant in our fisheries management is highly misleading. Even in fisheries with the most sophisticated stock assessments – ones that incorporate, for example, information from trawl surveys, and ages of the fish caught – catch data are centrally important in the models that estimate abundance.

“Further, most of our fisheries are managed solely from information on catch and fishing effort – no other biological data are used in the calculation of catch limits. Only for our most valuable fisheries are there any data collected independently of the fishery.

“So far, MPI’s reaction to the report is a sadly predictable case of shooting the messenger. It would be so much better if they concentrated on fixing the problems.

“Blaming the fishermen is not the answer. The dumping and hi-grading problems arise because the Quota Management System provides incentives to do so. With quota so limited and valuable, there’s a strong temptation to dump fish that are undersized or damaged or the wrong species, so that fishers can maximise their return from a limited quantity of fish.

“An excellent start would be to initiate a robust scholarly review of the Quota Management System.”

“Professor Dawson suggests that MPI is ‘shooting the messenger’ with respect to its response to the catch reconstruction report. In fact, our response has only focused on the content of the report. As we have stated, we are interested in any information which seeks to understand historical catch in New Zealand waters and we’re keen to receive the raw data from the report and details of the scientific approaches upon which the final estimates were based in order to conduct a thorough scientific review. However, we are clear that the measure of sustainability is abundance (that is, the amount of fish in the sea), not extraction as the report attempts to analyse.

“We have decades of peer-reviewed science that shows steadily increasing levels of abundance. The situation now is that New Zealand fisheries are healthy overall, and that’s because of careful, science-based management. We focus our efforts on ensuring there are enough fish in the water for all of New Zealand’s most important fish stocks. It’s an approach that is working – our scientific assessments show that some 96.4 per cent of fish of known status come from stocks where sustainability is not a concern. For the remaining 3.6 per cent we have plans to bring the fishery back to sustainable levels. You can read our summary about the state of New Zealand’s fish stocks and detailed annual plenary reports on all Quota Management System stocks.

“The report claims that its “reconstruction” of historical catch reveals that the amount of fish caught is 2.7 times what is reported to the FAO. Such a claim is misleading. The FAO, in compiling estimates of total fish landings, requires only that countries provide landed catch, not including any estimations of discards or other sources of fishing-related mortality. You can read more about FAO’s requirements, as well as its response to the global study that the Auckland University report is a part of, here.

“Professor Dawson is correct when he says that understanding catch is important to fisheries management. Many of the assessments of important New Zealand fish stocks (e.g., orange roughy, snapper, paua, and rock lobster) use catch data sets much more comprehensive than those submitted to FAO. These scientific assessments incorporate historical knowledge of fishing behaviours, as well as observer and compliance information to generate the best information on total fishing-related mortality.

“In addition, MPI builds includes specific allowances for “other sources of mortality”, including discards, when setting overall catch limits.

“MPI’s ability to better understand catch, and indeed all commercial fishing activity, is being significantly enhanced through the introduction of real-time electronic reporting. The plans we have in place will use technology to greatly increase the quality and quantity of that information and ensure increased monitoring of commercial fishing activity leading to a significant increase in compliance.

“The project, called Integrated Electronic and Monitoring and Reporting Systems (IEMRS), had its genesis in investigations such as Operation Achilles. It has been in development since 2014, with trials beginning in 2015, and it will be rolling out over the coming years. It will mean monitoring of all catch on all fishing vessels. The monitoring will provide detailed reports from vessels using a totally integrated reporting and monitoring system which combines on-board camera monitoring, vessel positioning data and real-time catch effort reporting.

“NIWA scientists have been estimating bycatch and discards of New Zealand offshore fish species for many years. These estimates are based on thorough and scientific analyses of catch and discard data collected by independent Government observers on board commercial vessels.

“Our analyses show that for 1991-2013, the overall discard rate from the observed part of the fishery (about 20-25 per cent of the total fishing effort) in offshore fisheries was 6.6 per cent. This is in stark contrast to the minimum 20 to 50 per cent reported in the Simmons report.

“An important difference between the studies is that the NIWA analyses are based on empirical data and, unlike the Simmons study, do not attempt to estimate the prevalence of discarding activity that may have been intentionally hidden from observers or make any assumptions about the influence of observer presence on discarding behaviour. We note that regulations allow for legal discarding of any QMS species when an observer is present.

“We also note that the Simmons report relies heavily on anecdotal evidence to apply multipliers to reported catches and discards. It is difficult to independently assess the appropriateness of these multipliers.

“More information on bycatch and discard rates can be found at on the NIWA website.”

“I cannot comment too specifically as I have not yet seen the methodology and data underpinning this report. That said, I think everybody in the business knows that fish do get dumped and catches under-reported.  I don’t think there is any dispute that the reported catches that come through the Quota Management System are not as big as the real catches.

“The question of how big the unreported catch may be is difficult. It sounds as if much of the information in the new report comes from interviews with fishers. Having used interviews in the past, I know these kinds of data are particularly uncertain, and often biased. Where estimates come from Ministry reports, we should remember that the Ministry tends to target fisheries where they think there could be a problem, so these estimates are likely to be higher than the norm. I would expect there to be great uncertainty, and potential for bias, around the estimate of ‘2.7 times’.

“The report’s findings don’t detract from the fact that NZ does very well internationally for sustainable fisheries. Most of the main fisheries are doing well. Fish like hoki, ling, hake and southern blue whiting have been certified by the Marine Stewardship Council as meeting world’s best standards for sustainability. Perversely, some of the ling stocks even seemed to get bigger after we started fishing them.

“If this report stands up scientifically, then we would have to modify some of our assessments of the size of our fish resources. Because catch estimates scale our stock estimates, the irony of that the ‘2.7 times’ could mean there are more than twice as many of these fish in the sea as we think there is. This means sustainable catches, and catch quotas, could also be higher. If that was true I’d expect the industry to be saying “there’s loads more fish out there, let us land it”. Recently, the industry had the option of increasing the quota for hoki, but they actually declined. To me, this doesn’t suggest that our catch and stock estimates are that wrong.

“This report does cover a wide time period. We know the under-reporting of catch in some deepsea fisheries was high back in the 80s, with the real catch being as much as half as much again, or even double, what was reported. But by the mid-90s that excess was largely gone. From the studies I am aware of, it true to say under-reporting was much more pronounced 20-30 years ago than it is now.

“These days fisheries are more heavily and easily observed. For example there are just half a dozen or so boats fishing orange roughy around New Zealand – there used be around 40 just on the Chatham Rise back in the 1980s. It is a very different fishery now.

“The hard thing about the QMS is the ‘deemed value’, where there is a penalty for catching more than your catch entitlement – it is very hard not to catch fish by accident sometimes, especially in inshore fisheries where many species are found on the same grounds. I don’t know of an obvious alternative, but greater Ministry observer coverage would certainly help.

“The QMS is 30 years old and would certainly benefit from a review. Those associated with the industry are well aware of the shortfalls.

“The QMS and the deemed value system is not perfect, but it doesn’t detract from the fact that a privatised fishery system, like our QMS, is still considered to be amongst the best, if not the best, way of managing fisheries resources.

“The focus should be on making sure our fisheries are sustainable now and into the future. As long as our industry is strong, and the resources are sustainable for them and for future generations, then we are doing a good job. In my opinion, we want our fisheries management and industry to be looking forward, not worrying about what happened 50 years ago. But if this kind of research helps to focus people on what needs to change, then that is a good thing. But litigating the past can seem a bit pointless if we know the current fisheries are sustainable, and our industry is performing well.”