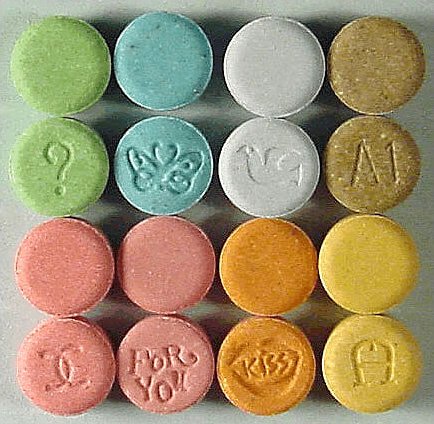 Wellington emergency medicine doctor Paul Quigley has made a public call for pure MDMA to be considered for legal sale.

MDMA (3,4-methylenedioxy-methamphetamine) is the active ingredient in ecstasy pills, although, as Dr Quigley notes, now such pills often contain other psychoactive drugs.

Dr Quigley’s comments, initially reported in the New Zealand Drug Foundation magazine Matters of Substance, have been widely covered in the media this week, featuring on the front page of the Dominion Post.

Noting the risks posed by the variety of new drugs in pills sold as ecstasy, Dr Quigley said that MDMA should be considered for approval under the Psychoactive Substances Act.

You can listen to Dr Quigley outlining his views on Radio New Zealand’s Nine to Noon below.

“No substance is safe. We regulate and market peanuts but they pose a life threatening risk to some people. We celebrate with the most dangerous of all substances – alcohol. Clean regulated MDMA at the right dosage poses relatively low risk. Research by Professor David Nutt suggests MDMA is much less harmful than alcohol and tobacco.

“While criminalisation has limited impact on usage, it does make using drugs much more dangerous, as users have no idea of the strength or indeed content, so I would go further and argue that all drugs should be regulated not just MDMA.”

“While as with all drugs there is no doubt MDMA has harms, New Zealand evidence indicates that despite its relatively high prevalence here, for many users the drug has few direct negative consequences. For example, in ten years of drug treatment data involving over 1000 individuals, the National Addiction Centre reports that ‘ecstasy’ features only once, i.e. in 0.1% of cases. Low levels of dependence, relatively few ED presentations or other harms are also noted internationally, with UK psychiatrist Professor David Nutt and colleagues in 2010 ranking ‘ecstasy’ 17th out of 20 drugs, in terms of harm. Alcohol topped their list.

“As Dr Quigley observes, however, a key issue concerns the ability of consumers to be able to determine whether their ‘ecstasy’ pill does in fact contain MDMA (methylenedioxy-methamphetamine) or instead a more harmful drug, for example one of the new group of hallucinogens known as ‘N-bomb’. Regrettably, not being able to know for sure what one is purchasing is a consequence of our current drug policy, where presently with the exception of alcohol and caffeine, all other psychoactives, are banned.

“Moreover, there are numerous flow-ons from this prohibition, including in the case of ecstasy, the unavailability of testing facilities, particularly where these types of drugs are most likely to be used. As the New Zealand Drug Foundation recently noted, such facilities have been available elsewhere, for example in the Vienna dance party scene, where the integrated drug checking-service ChEckiT has been operating for 16 years. Party goers may have their drugs analysed by this free service, thereby reducing the risk of harm from unknown substances.

“Given MDMA’s long history of use and the large body of evidence supporting its low level of harm, one might hope that as Dr Quigley suggests, New Zealand’s ground-breaking Psychoactive Substances Act legislation could be used to facilitate its availability, under appropriate guidelines and regulations. This would also open the way to MDMA’s therapeutic use, yet another casualty of the failed war on drugs.”

“The points I have made so far are that in theory if there is evidence that MDMA is ‘low risk’ it could be approved under the Psychoactive Substances Act (PSA) regime .

“It is only in theory though, as 1) all scheduled drugs are excluded from the PSA regime, and 2) I don’t believe we currently have the toxicology and clinical trial data in regard to MDMA to achieve the standards of low risk set by the PSA – MDMA has been prohibited for many decades which tends to stifle research on its safety. Second, while MDMA might be a safe compound when it is used in combination with certain activities (e.g. prolonged dancing in hot nightclubs, or too much fluid intake) in can be deadly.”