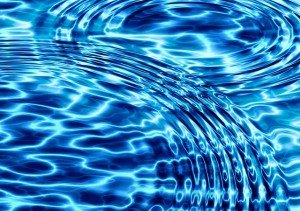 Incorporating the national “bottom lines” for water quality put forward for consultation last year, the new standards will take effect from 1 August 2014, with a deadline for implementation by regional councils moved forward to 2025.

A high-level summary including infographics on freshwater quantity and quality was also released.

An excerpt from the Government’s statement:

“Among the changes announced today, is the introduction of national standards for freshwater in New Zealand.

“This means, for the first time, New Zealand rivers and lakes will have minimum requirements that must be achieved so the water quality is suitable for ecosystem and human health.

“More than 60 freshwater scientists from public, private and academic sectors across New Zealand have come up with numeric values proposed for the national standards.”

The Science Media Centre approached freshwater experts for their reaction to the announcement. Further comments will be added as they are received.

“New Zealanders have shown that they are very concerned over water quality and two of the particular values that people place on rivers and lakes are those of maintaining healthy ecosystems and being able to use rivers and lakes for recreation.

“Until the new NPS-FM was announced last week there were no existing numerical objectives for freshwater quality as it affects ecosystem health with the exception of those limited standards listed in Schedule 3 of the RMA. Perhaps this is one reason for the continued decline in many of our waterways.

“Thus the new National Objectives Framework (NOF) in the 2014 National Policy Statement on Freshwater Management is therefore a very important step forward in providing a lever for the science advances that will be needed to help in managing our freshwaters.

“The commentary from the New Zealand Freshwater Sciences Society points to several valid concerns at the science-policy interface and from a science viewpoint there are several other issues that need to be understood and considered:

“I support the approach of the National Policy Statement (NPS) with its emphasis on maintaining or improving the condition of our waterways to achieve a nationally-consistent ‘bottom line’.  This approach is a great improvement on exclusive use of the Resource Management Act to control water quality, with its emphasis on consented discharges and water takes.

“The latest amendment to the NPS provides (some of the) ‘teeth’ that were missing from the initial NPS (2011), including a framework for making decisions about the value of a waterway. It provides numerical limits for aspects of the water chemistry and biology (its attributes) that will support two ‘compulsory’ values; sustaining  functional ecosystems and maintaining moderately safe conditions for human recreation.   Used in conjunction with other recommended water quality and flow guidelines, to control the other attributes required for these compulsory values,  this NPS is an important tool for improving water quality throughout New Zealand.

“I remain concerned about several aspects of the NPS, which I hope can be addressed in the future. Two issues of particular concern are:

– A National Bottom Line that seeks to ensure that there is no more than a ‘moderate risk of infection … when wading or boating’. This is aiming too low.   New Zealanders want to be able to swim in their waterways, and not endure a ‘moderate’ risk of infection.  We should be aiming to protect human health to a greater degree.

– The lack of any guidance on nitrogen and phosphorous limits to prevent nuisance algal growth in rivers. This is going to vary for different river systems, but there is currently little other guidance available for setting limits for these attributes. Even a narrative guideline on a nationally consistent approach would be useful.”

“This is another welcome step forward in the long journey to improve management of our freshwater systems. Some positive developments include better communication of tangata whenua values, strengthened recognition of the links between freshwater and coastal systems, more guidance on monitoring plans and accounting systems, and reducing the deadline for full implementation of this policy by five years to 2025.

“The national objectives framework that is part of this NPS is a valuable start in establishing a framework for freshwater management. However, there is considerable scope for improvement if it is to be effective in improving the management of all water bodies. For example, there is no framework for managing wetlands, groundwater or estuaries and no guidance on appropriate objectives for water temperature, pH, sedimentation, invertebrates, fish or toxicants other than nitrate and ammonia. I am disappointed that the objectives for dissolved oxygen are only considered applicable to rivers downstream of ‘point sources’. I believe that they should apply to all rivers. The national objectives framework is a good step forward, but further development is needed urgently.

“Considerable uncertainty remains about how the NPS will be implemented. There is no guidance on the appropriate scale for ‘freshwater management units’, or how ‘overall’ quality of freshwater within a region is to be maintained or improved. I can’t see any feasible way to add up the degradation in some water quality attributes at some sites and the improvements in other (or the same) attributes at other sites to show that ‘overall’ water quality has been maintained or improved. How would such accounting be weighted? Are improvements to small streams less valuable or more valuable than degradations in large rivers? Is an increase in phosphorus concentration better or worse than a decrease in minimum dissolved oxygen? Further central guidance on matters such as this will be required to avoid variability in the way that the NPS is interpreted and implemented from one region to another.”

“The New Zealand Freshwater Sciences Society (NZFSS) supports the 2014 implementation of the National Policy Statement for Freshwater Management (NPS-FM) to increase transparency of decision making processes and allow for well-informed decisions to sustain freshwater resources for future generations. The process of engagement of a large number of scientists from NZFSS underlies the need for a science-based approach to support the NPS-FM. In particular, it will require strengthening freshwater science to support the development of the National Objectives Framework.

“A number of positive steps have been taken in the NPS-FM. T?ngata whenua values in freshwater management (Te Mana o te Wai) have been more explicitly recognised, including the important role of iwi and hap? in freshwater management. Management of freshwater by Councils will include all freshwater bodies within Councils’ regions. The NPS-FM also directs Councils to set limits for nutrients to manage periphyton (algae on the bed) in rivers and streams, and phytoplankton (algae suspended in the water column) in lakes.

“While the implementation of the NPS-FM represents significant progress in implementing objectives and policies to address urgent issues of declining quantity and quality of New Zealand’s water resources, there are still some major challenges ahead. These include:

– Definition of freshwater management units, which will rely on Councils to quickly designate these units to start implementing the NPS-FM. There will need to be national-level guidance for Councils to define these units consistently.

– The need for biological indicators which reflect the cumulative effects of multiple stressors. The Macroinvertebrate Community Index (MCI) is considered by the Ministry for the Environment itself to be a robust and useful way to assess environmental health in wadeable rivers and streams, but for legal reasons is not included in the National Objectives Framework. NZFSS recommends inclusion of a suitable biological indicator to complement periphyton, which is currently the only biological indicator used to assess river and stream ecosystem health in the NPS-FM.

“This is particularly important as Councils implement the nutrient limits required of them by the NPS-FM.

– Very little or no information exists on limit setting for wetlands and estuaries, which are some of the most threatened aquatic habitats in New Zealand, nor are there specific objectives for groundwater. A proposed independent review of the NPS-FM in 2016 should examine how the NPS-FM can better address degradation of these habitats, recognising the interconnected nature of freshwaters and their effects on the health of coastal waters.”

“Setting limits is a good start, but we need to aim higher to ensure freshwater ecosystem health. Many scientists were involved in this process, but what the government has agreed to is the minimum they could have done given the level of concern for New Zealand’s water resources.  We do need achievable limits, but they also need to be effective.

“Most importantly, the bottom lines described in the National Policy Statement are far away from where negative effects first start to happen. Once water quality gets to these bottom lines, the horse has effectively bolted and local communities will be faced with decades of expensive and difficult rehabilitation.  Likewise, focusing on toxicity effects (e.g., for river nitrate) misses the potentially more important chronic effects.

“I was one of the scientists involved in setting the lake limits and writing a submission to the Ministry for the Environment (MfE) about  the first draft of the national water quality limits. The water quality limits released today are an adequate minimum level of guidance for what the water quality of New Zealand’s lakes and rivers  should be and could be. I hope that MfE builds on these limits by soon adding more ecological  indicators to the limits framework.

“One worry that I have about the limits released by MfE today is that there is no continuity between rivers and downstream lakes/estuaries (receiving environments).

“The nitrogen levels allowed in rivers are determined by toxicity, not by the effects of nitrogen on freshwater ecosystem health. There are no limits specified for phosphorus in rivers. So under this  limits framework, rivers are allowed to have levels of nitrogen and phosphorus that far exceed  levels that would safeguard aquatic ecosystems from algal blooms. For example, the bottom line  river toxicity limit set for nitrate (NO3) is 6.9 mg/L and that for ammonium (NH4) is 1.3 mg/L and,  even individually, these far exceed the bottom line ecosystem health limit for total nitrogen set for  lakes (0.75 – 0.8 mg/L).

“Rivers discharge nutrients to lakes and estuaries, where sub-toxic levels of these pollutants could cause severe impacts on the health of the receiving environments (e.g., algal blooms, deoxygenation, fish kills, etc.). So the nutrient connectivity between rivers, lakes and estuaries is missing from this limits framework. In other words, the limits framework doesn’t take a whole catchment approach to managing nutrients in aquatic ecosystems – something which it should do.

“Viewed with a cynical eye, one could conclude that the government’s focus on nitrate and ammonium toxicity instead of the ecosystem health effects of these pollutants (as well as the lack of phosphorus limits for rivers) is a loophole for dairying, which leaks large amounts of nitrogen from cattle urine and fertilisers into surface waters and groundwaters – a major cause of the  deterioration of our freshwaters.”