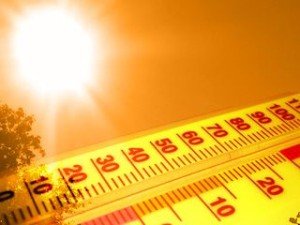 Health alerts have been issued and bushfires threaten as a major heatwave hits heavily-populated parts of Australia this week.

Our colleagues at the Australian Science Media Centre have rounded up the following expert comments on various aspects of extreme heat. Further comments are available on their website.

Alasdair Hainsworth is Assistant Director for Weather Services at the Bureau of Meteorology.

The Bureau has recently launched a new pilot heatwave forecast service, which provides a measure of the intensity of a heatwave and complements the official temperature forecast.

“What is unusual about this event, which the pilot heatwave forecast shows, is that when high maximum temperatures and above average minimum temperatures are sustained over a number of days, there is a build-up of ‘excess’ heat. Extreme heatwave conditions can be seen in southern NSW, Victoria and Tasmania.

The heatwave service allows the Bureau to inform the community of the extremity of heatwave events, such as this one, for their planning and preparation. The new service is able to map the level of intensity of each heatwave event, indicating areas of ‘severe’ and ‘extreme’ heatwave at the upper end of the scale. The current event shows large areas of southern Australia will reach severe to extreme heatwave conditions.

The heatwave service provides a more advanced indicator than temperature alone in anticipating the impact of heat stress. Severe and extreme heatwaves pose significant risks to human health and safety, in particular for the elderly, who are more vulnerable to the effects of heat stress. When average conditions are exceeded over a period of time by continuously high night-time and day-time temperatures, heat stress becomes a critical factor in human survival and infrastructure resilience.”

“Extreme heat is very bad for our health. Everyone’s cardiovascular system has to work harder when it’s hot, and for some people this extra strain can cause a myocardial infarction or stroke. People with pre-existing cardiovascular disease are at much greater risk, as are the elderly, especially those with dementia. People living in high density inner city areas are also at greater risk because for them the temperature is even hotter because of the urban heat island.

Staying in air conditioning is the best way to reduce your risk, and people should also keep hydrated, avoid alcohol and check on their neighbours. Two things that can make a heat wave far worse are power blackouts and bushfires. Blackouts shut down air conditioners, which are the best way to reduce risk during a heat wave. Bushfires add air pollution to the mix which further challenges peoples’ cardiovascular systems. If lots of people become ill due to the heat then ambulances and hospitals can become extremely busy and the health system struggles to cope.”

“The threat to life from a period of very hot weather should not be underestimated. The official total death toll due to the 2009 Victorian Black Saturday bushfires was 173. However, it was estimated that during the heatwave in south-eastern Australia 17 January to 8 February 2009 some 374 people died from heat-related causes not associated with bushfires. The young and the elderly are particularly at-risk.”

“Despite their complexity, the impact of events such as fires, floods and heatwaves can be simulated if historical information is available. The resulting losses to infrastructure and natural resources can be estimated using information on land use, topography, vegetation, weather and the value of structures, crops and forests. Experimental and statistical research can also tell us about fire ignition/burn rates and the probability that fire will escalate and cause further loss.

CSIRO has previously done work with power companies to estimate the potential total claimable damage (Maximum Foreseeable Loss) for fires that might be started by the electrical distribution system during heatwave events. CSIRO applied statistical analysis to estimate 1-in-50 and 1-in-100 year claims based on historical claims data. We studied the prevailing weather conditions at periods of high fire danger such as heatwaves, and then used this information to simulate bushfires spreading from selected points on the distribution network.”

“Why Climate Change Adaptation Makes Sense: As a species we seem to have made the decision to continue along the path of climate change. Two predicted consequence of this are that weather will be more extreme and that there will be more instances of extreme weather. So why are we surprised when we are in the middle of extreme weather, such as the current heatwave?

We should have factored into our expectations more heat, more cold, more wet, more dry, more wind, more bushfires, and more floods. A rational response is then to be more prepared for these. But as a species it seems that we simply live from crisis to crisis. Once we get through a disaster, we seem to have a memory loss about it, and just go back to our normal lives. We need to be better at learning the lessons from the current extreme circumstance and establish systems that can respond more effectively in future.

So, while we must do what we can to alleviate the suffering of so many affected by the current heatwave conditions, we must nevertheless acknowledge that climate change adaptation makes sense. Such adaptation will stand us in good stead for reducing such suffering over the long term.”

Bushfires and the impending heat wave

“The heat wave that will effect a large portion of the country over the coming days has a number of important implications for bushfire risk. In fact, the forecast weather patterns are quite reminiscent of conditions before Black Saturday, with severe and expansive high temperatures across the southern part of the continent and the presence of low pressure cells on either side of the country in the tropics. In addition to temperatures above 40 degrees, the Bureau of Meteorology forecast is also indicating low atmospheric moisture, with relative humidity likely to fall below 20%. The combination of high temperature and low relative humidity means that the moisture content of vegetation will be very low. Hence, if a bushfire was to start, it would be expected to spread more rapidly than normal. Moreover, spot fires can be expected to be more numerous and to spread more rapidly. The community need to make sure their bushfire survival plans are in good order and are ready to be enacted. Careful monitoring of official emergency service websites is strongly advised.”