Switching ‘bad’ fats for ‘good’ fats in the typical Kiwi diet would have a substantial impact on heart disease in New Zealand, according to a new analysis. The question is, how can we make the change happen? 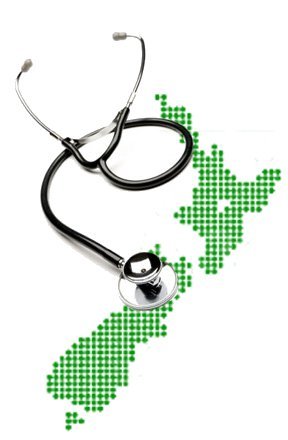 In a new study, researchers from the University of Otago, Wellington analysed the data from several international studies examining the links between saturated and polyunsaturated fat and cardiovascular disease. They then applied their findings to the average New Zealand diet, and determined that switching just 5% the daily energy intake from saturated fats to polyunsaturated fats could lead to a 10% decrease in heart disease.

The authors also noted that several interventions, including a tax on saturated fats, could potentially be used to bring about the 5% change in fat consumption. However they acknowledge that more research is needed to determine the cost-effectiveness of such approaches.

The research was published today in the Australian and New Zealand Journal of Public Health.

Prof Nick Wilson, University of Otago, Wellington, is a co-author of the study. He comments:

“We did this study to inform decision-making around ways to lower heart disease in New Zealand. Heart disease is still a major cause of death and also very costly to the health system.

“We combined a review of the scientific literature with New Zealand data on dietary intake of fats. The main finding was that there is good evidence that replacing saturated fats with polyunsaturated fats reduces the risk of heart disease. Even a small shift from butter to vegetable oils could reduce heart attacks by 10% (for a 5% shift in daily dietary energy intake).

“For typical foods in New Zealand we calculated the type of shifts that would achieve this benefit such as replacing some: cheese with nuts, red meat with canned fish, and potato crisps with nuts and seeds.

“One way to make it easier for the public to make such healthier food choices, is for New Zealand to follow various European countries and to tax foods that are high in sugar, salt and saturated fat. For example, Denmark applied a tax on saturated fat in 2011 and this achieved 10 to 15% reductions in fats such as butter (as well as raising 160 million Euros in tax revenue per year). But if New Zealand adopted such a tax, it could be ideal to maximise the health gain by using the tax revenue for health purposes. For example, by providing free healthy school lunches and providing vouchers for purchasing fruit and vegetables for low-income New Zealanders.

“While taxing food that is high in saturated fat will very likely result in large health gains, some further work is required on the best combination of taxes and food subsidies, and this is ongoing in many countries including New Zealand.

“A valid concern with new food taxes is the potential impact on citizens with the lowest incomes. But for a saturated fat tax this could be avoided by not taxing the healthier vegetable oils – most of which are already much cheaper than butter anyway.

“Yet while a shift towards smart food taxes may make good sense, it could be more politically realistic for New Zealand to follow France and start first with a soft drink tax. This may reduce food industry lobbying against a new food tax and give New Zealand experience with this approach to protecting health and reducing the cost burden of diseases such as diabetes.”

“This paper uses information from almost 400,000 people living  in Europe and the US that shows consuming more polyunsaturated fat is associated with less cardiovascular disease.  The authors then go on to model what would happen if 5% of our daily  energy intake (around 100 kcalories or 400 kJ) was changed from saturated fat to polyunsaturated fat. They say that out of every 100 people that have a heart attack or similar in a year, ten of those would not have had a heart attack if saturated fat intake was reduced.  This reduction is the same as substituting 5 teaspoons of lard or coconut oil for 5 teaspoons of rice bran or canola oil.  The authors state that the best way to do this would be to change what is available and how foods are prepared.  This could be achieved by changing the types of oil used by fast food outlets, the fats used for baking and the cost and availability of foods lower in saturated fat could be changed to achieve this.

“Finally if New Zealand adopts front of pack labelling, such as that which is being trialled in Australia,  New Zealanders will be able to see how much saturated fat is in the foods before buying and choice will be more informed.”

The authors conclude such a change could be achieved relatively easily in NZ and propose public health policies such as fat taxes and other regulatory interventions as a means to facilitate these changes. Recent evidence from Denmark, where a tax on saturated fat was introduced in 2011, suggests the tax was effective and reduced consumption of targeted fats by 10-15%.

“However, when food taxes are introduced people often buy substitute products not affected by price rises, and these substitution effects may either enhance or undermine the direct effects of the tax depending on foods chosen. It is important to assess substitution effects to know whether or not food taxes have positive effects on the whole diet as opposed to just the targeted foods.

“Other ways to reduce saturated fat consumption include setting limits on saturated fat levels in foods. This approach was successful in the UK where salt reduction targets set by UK government led to a fall in average population salt consumption from 9.5g to 8.1g per day. Simple interpretative front-of-pack nutrition labels can also help promote healthier food choices by consumers and encourage industry to reformulate products so they contain less salt and saturated fat.”

“There is good evidence to suggest that diets high in saturated fats play a significant role in New Zealand’s high rate of cardiovascular disease.  A systematic analysis of available New Zealand data suggested  that, although a reduction in saturated fats, on its’ own did not significantly reduce this risk, this risk as reduced by approximately 10% when saturated dietary fats were substituted with polyunsaturated fats.  These are recent and highly relevant data.

“I am less enthusiastic when the authors turn to the controversial “fat tax” as a favoured method of control. The evidence for success of such an approach does not appear compelling at present, and I would be much keener to support innovative approaches to education.”