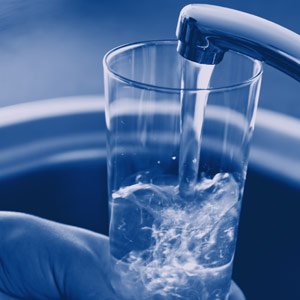 Councillors voted this morning to stop adding fluoride to Hamilton’s drinking water, overturning the outcome of a 2006 referendum in support of continued fluoridation.

The decision will create the second-largest population in the country without access to fluoridated water (after Christchurch). Hamilton joins a growing number of smaller communities that have voted to reduce or eliminate fluoridation, including New Plymouth, Central Hawkes Bay, Dunedin and Tauranga.

You can read a round up of recent news coverage here.

The Science Media Centre approached experts for reaction to the announcement.

“This decision will undermine public health in New Zealand. We are going in the wrong direction. Right now our nearest neighbors, the Australian State of Victoria, are spending Au$3.6 million build more fluoridation plants across rural parts of their State.

“The World Health Organisation, the World Dental Federation, and the International Association for Dental Research have all stated that ‘universal access to fluoride for dental health is part of the basic human right to health’. In New Zealand, a central part of the universal right to fluoride is community water fluoridation. The New Zealand Ministry of Health Guidelines and Statements (2010) on fluoridation are clear: community water fluoridation is effective and safe, and community water supplies in New Zealand should be fluoridated at 0.7-1.0 parts per million (ppm) wherever feasible. The 7 Councillors who voted against this in Hamilton were either unaware of this, or disregarded it (as well as disregarding the opinion of their own citizens from a 2006 referendum).

“Those who are unwilling to drink fluoridated water should not be permitted to impose the risks, damage, and costs of failure to fluoridate on others. The ethics and science in support of fluoridation are clear, but antifluoridation arguments often present a highly misleading picture of water fluoridation.

“There is a very strong public health case for expanding the use of fluoridation. To a large extent, the improved oral health we now enjoy in New Zealand compared to the past is due to water fluoridation. We forget that very few New Zealanders are affected by water-borne diseases, thanks to water chlorination. If chlorination was not used, we would have more water-borne diseases. Fluoride does the same for tooth decay.

“While community water fluoridation is known to be effective and safe, Hamilton is the fourth town in the past 2 years to remove it. It is time for the Ministry of Health and central government politicians to properly support the policy of community water fluoridation and provide a cohesive public health policy for universal access to fluoride in our communities, and legislate to fluoridate. We have very little in the way of a ‘safety net’ for adults who cannot afford dental care. Now that water fluoridation in Hamilton is being removed, we can expect dental caries experience in that city will increase, and health inequalities will increase too. Following this decision, I hope that Hamilton can put a plan in place for the dental care of those that cannot afford it.”