New Zealand will not commit to a second round of Kyoto Protocol emissions reductions but will instead make pledges under the United Nations Convention Framework on Climate Change, the Government said last week. 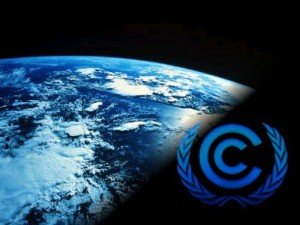 The move sees New Zealand join several of the world’s largest emitters, including the US, China and India, in negotiating a replacement treaty to Kyoto which could be approved by 2015 and in effect by 2020.

In contrast, Australia committed to a second round of the Kyoto Protocol which will take effect from 2013.

The Science Media Centre rounded up reaction from climate scientists and climate policy experts. Please feel free to use the comments below or contact the SMC to speak to an expert.

“I am shocked and appalled to hear whilst residing in the United States of America that New Zealand is removing itself from Kyoto Protocol second round commitment.  Perhaps the current Government of New Zealand is unaware of the disastrous ramifications throughout the world and New Zealand of no effective protocols to reduce emissions of greenhouse gases.

“The recently released statistics from Price Waterhouse Coopers indicates that the planet is on course for 6 degC of warming. This will create a shortage of food, water, affect our fisheries, devastate the coral reefs, will cause massive glacier melting and accelerate sea level rise. We have just witnessed here in America the catastrophic impacts of Superstorm Sandy, the record summer heatwaves and  the drought  of the summer and extreme events such as these are only going to become more common.

“Due to the fact of the recent Superstorm Sandy which dramatically changed the election landscape and results of the presidential election there is cautious optimism that USA will sign the Kyoto Protocol. Ignorance and short sightedness is not the answer consequently the New Zealand Government must take its head out of the sand and step up to its scientific responsibility collectively together with the nations of the world in order to save future generations from the horrendous future impacts of a dramatically warming planet.”

“Setting some manageable limit on future climate change requires a collective response by all of the major countries, and New Zealand’s retreat from the Kyoto Protocol’s Second Commitment Period shows that some governments seem to be more concerned with debating the process, rather than achieving the results.

“This move now leaves any sense of legal commitment to limiting future climate change to the EU and Australia. And while it probably has only a small direct effect on total global CO2 emissions New Zealand’s retreat seems to be part of a growing reluctance by several developed countries to play any leadership role. So New Zealand’s move is part of a pattern that just leaves the problem to others.

“Developing countries deserve some period of delay while their per capita emissions come closer to those in countries like New Zealand, but already China and Korea are doing more to develop new sources of renewable energy than we are. So if global warming does get kept to less than 2°C, then the credit for achieving that will not go to this type of decision in New Zealand.

“New Zealand’s failure to secure its ETS currency means that nothing is changing here. We are failing to respond to climate change. Forests planted during the 1990s that are saving us during Kyoto commitment period 1 will be felled during the 2020s and our national greenhouse gas (GHG) inventory will spiral into the red.

“Meanwhile lands that could support carbon forests while enriching hill country farmers continue to erode and will send ever larger doses of silt onto dairy farms in the lowlands when storms hit us.  Carbon forests generate real reductions in atmospheric GHGs, unlike ERUs that merely reward those who have already benefitted from reductions in GHG output by a reduced requirement to purchase carbon credits. CERs are similarly illogical, and yet unlike other countries with ETSs we allow these units to swamp our market.

“The government’s failure to commit us to a second Kyoto commitment period is consistent with, and is perhaps a consequence of, its failure to secure our NZU currency, and represents a failure to take opportunities to contribute to a better environment for us all.”

“1:  Walking away from the Kyoto Protocol second round commitment sends a negative signal both domestically and internationally, about NZ’s commitment to acting on climate change.

“2:  Although there is some logic in evolving away from the Kyoto Protocol over time, the best time is not now, but post 2015 or later, when NZ can see what is happening with the Durban platform negotiations.  NZ gives a poor impression internationally by leaving Kyoto now and not making any clear commitment for the 2013-2020 period.

“3:   This move has to be interpreted in the context of other signals New Zealand is sending on climate change policy. These signals are sadly pointing in the direction of easing back, rather than doing more, despite the climate change problem steadily worsening.  The signals that the NZ government is not serious about climate change include its weakening of the ETS, a hiatus on renewable energy, a determination to build more highways that encourage carbon emitting land transport, and so on.”The only bright spot is the Warm Up NZ insulation scheme, but the funding for that is in jeopardy. This does not add up to a reassuring picture overall. It is also plainly not consistent with the government’s own goal of reducing greenhouse emissions 50% by 2050.

“4:   The government needs to seriously ask itself what sort of impact its current climate change actions are having on New Zealand’s international reputation.”

“The three key issues as I see it are:

“Perception:  addressing international climate change is a cooperation problem. We know from game theory, behavioural experiments and experience with local commons (e.g. Ostrom) that humans can cooperate to solve problems.  We also know that in order to do that they need to build trust and reward/penalise each other based on historical behaviour.  It is hard to tell what a country’s true climate mitigation effort is.  It is important to both contribute our share to climate change mitigation and also have others perceive that we are contributing our share.  That will give others confidence to increase their own contribution without feeling that they might be ‘suckers’.  Can New Zealand leave Kyoto but maintain the perception that we are committed to the global effort?  That will depend on our commitments.

“New Zealand’s ambition:  We need to provide clarity on what exactly our target will be and how it will be measured. This could be expressed as a carbon price to apply in our economy (independent of international markets – following Australia’s example), or, if we can create effective and credible ways to support mitigation in developing countries it could be a quantitative ‘responsibility target’ (we either mitigate within NZ or pay for it to be done elsewhere) that aims at a similar level of stringency; or a combination of both, particularly while only some sectors are covered by the ETS and we continue to protect some activities against leakage.

“If leaving Kyoto means we diverge from Kyoto measurement rules, we will need to be very clear on what this means for the stringency of our commitment, possibly reporting in both ways.

“How do we contribute to mitigation in developing countries?  Currently we do this primarily through the Clean Development Mechanism  (CDM) (but also through research cooperation such as the Global Research Alliance).  The CDM is a flawed mechanism because it has high transaction costs, focuses on a few large developing countries and has dubious environmental integrity.   Several New Zealanders are working on ways to create an alternative approach, for example through supporting development of emissions trading systems in developing countries that have clear targets and strong compliance mechanisms.

“If these were created, we could link to them and purchase emission units with confidence that they represent real emission reductions.  We may be able to do this more effectively outside Kyoto where we can experiment on our own or in collaboration with a small group of countries.

“Many other countries, and much of the most interesting and promising action on climate mitigation is now taking place outside of the Kyoto Protocol.  The challenge is to make this a positive step for climate mitigation and cooperation and not an opt out.”