An article published in the New Zealand Herald highlights the battle between scientists and sceptics, with NASA scientist James Hansen noting that increasing scientific evidence is competing with industry spin. 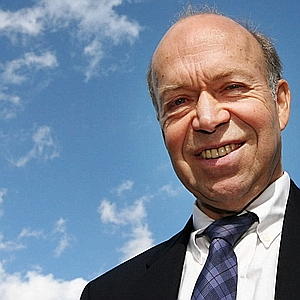 Jim Hansen toured New Zealand earlier this year, singling out lignite mining as an industry New Zealand must abandon if it aims to reach it environmental targets. More recently he spoke at the Royal Society, lamenting the communications efforts of climate scientists.

An excerpt from the New Zealand Herald (read in full here):

Climate sceptics are winning the argument with the public over global warming, says the world’s most celebrated climate scientist, James Hansen of Nasa.

And he says it is happening even though climate science itself is becoming ever clearer in showing the Earth is in increasing danger from rising temperatures. Hansen, who heads Nasa’s Goddard Institute of Space Studies, is widely thought of as “the father of global warming” – his alert about climate change in United States Senate hearings in July 1988 put the issue on the world agenda.

Since then he has been one of the most outspoken advocates of drastic climate action and, this week, criticised Germany’s recent decision to abandon its new nuclear power programme, formerly a key part of German climate measures, after the Fukushima nuclear disaster in Japan earlier this year.

“I think it was a big mistake. And I think [German Chancellor Angela Merkel] knows that, as she’s a physicist, but I think the political reality is she couldn’t stay in office if she expressed that opinion.”

In a briefing at the Royal Society in London, Hansen was frank about the success with public opinion of what he termed “the climate contrarians”, in effectively lessening public concern about global warming. He said: “They have been winning the argument for several years, even though the science has become clearer.