Efforts to control the ongoing crisis at the Fukushima Nuclear powerplant in Japan have led to the release of radioactive steam into the atmosphere. 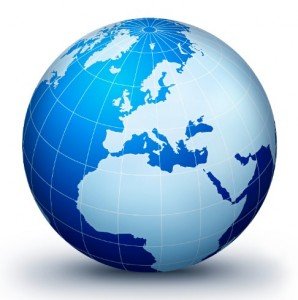 Raised levels of the radioactive isotope iodine-131 have now been recorded at monitoring sites in the UK, with stations in Glasglow and Oxfordshire reporting slightly increased amounts of the isotope being detected in air samples. Increased levels have also been  detected in China, South Korea, Russia and the United States.

Our colleagues at the UK Science Media Centre gathered the comments below from UK-based scientists on the latest situation. Feel free to use their comments in your articles. To talk to a local expert on radiation and atmosphere contamination, contact the NZ SMC.

Regarding increased levels of atmospheric iodine-131 in the UK:

“Iodine-131 is a volatile element with a very short half life of only 8 days, so we can be sure that this was produced at Fukushima and transported through the atmosphere to the UK. Iodine-131 has also been detected in China, Canada and elsewhere. The Health Protection Agency equipment is extremely sensitive, so they are able to detect very small quantities of radioactivity in very large volumes of air. At the level detected, this quantity of iodine does not present any hazard to human health.”

“Just to put those figures into perspective, those figures quoted here in the UK were 300 micro becquerels in a cubic metre of air. That is nothing at all, and indeed just testament to some really high precision detection equipment.

“A becquerel is a radioactive disintegration per second, so this is on average only 0.0003 decays per second, or 1 decay every hour. The tiny sources that our students use in the lab are of the order of 10,000 to 100,000 decays a second so the level seen from Fukushima is nothing at all. Put more simply, a litre of salad oil is about 181 decays a second, a litre of milk is about 52 decays a second, and a large banana about 18 decays a second. Therefore if you compare the 0.0003 for a metre cubed of air from Fukushima to the 18-52 figure from the litre of milk or banana, then the household food item is 100,000 times stronger in terms of decays per second! Therefore this is nothing to worry about – if it was, you’d have to start worrying about having banana milk shakes and so on.

“Please note: this comparison is on radioactivity level, not Iodine-131 specifically, but hopefully puts the activity level into perspective. Brazil nuts and other food items hold small levels of radioactivity as well – as indeed does the human body. If one stands next to one of the detectors in my lab for long enough, it will pick up the radiation from your body!”