Long-term exposure to pesticides could raise the risk of developing dementia, a study published today in the journal Occupational and Environmental Medicine has revealed. 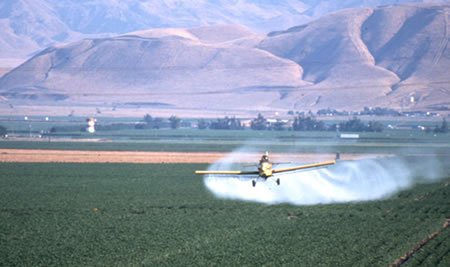 In a study involving vineyard workers, the intellectual capacity of over 600 people was measured for up to six years. Researchers found that those who had been directly exposed to pesticides were more likely to perform worse in cognitive tests at the end of the study period than they had at the start.

In particular, it was discovered that workers exposed to pesticides were twice as likely to drop two points in the “mini mental state exam” – one of nine tests carried out on them, as those who had not been exposed.

The researchers added: “The mild impairment we observed raises the question of the potentially higher risks of injury in this population and also of the possible evolution towards neurodegenerative diseases such as Alzheimer’s disease or other dementias.”

The SMC asked toxicology experts to comment on the findings.

“Unfortunately the report does not list the pesticides that the vineyard workers were exposed to and therefore it is difficult to explain the results properly.

Most insecticides work by interfering with the generation of nervous impulses (in insects) and therefore I would not be in the slightest bit surprised that occupational exposure caused long term neurological damage that might lead to cognitive impairment – because humans generate nerve impulses in the same way as insects and therefore insecticides affect us too. Indeed recent work has shown that children exposed to organophosphorus pesticides in the womb grow up having a greater chance of developing ADHD (a neurological defect).

“It is more difficult to understand how other pesticides (e.g. fungicides) might affect neurological function. The vineyard workers might have been exposed to a complex mixture of pesticides (e.g. including fungicides and insecticides) and the results reflect the effects of only one component

of the mixture (i.e. insecticides).

“In summary, I’m not surprised at the findings, but I suspect they are due to insecticide exposure rather than pesticides generally.”

Comments gathered by the Science Media Centre in London:

“It’s worth pointing out that low cognitive performance is affected by all sorts of factors and association does not mean causality. This study does not look at dementia and the link made here is so tenuous as to be sensationalised, especially from such a small study”

“It is important to note that this study is not showing that pesticide exposure causes dementia. The research suggests that people exposed to pesticides for long periods through work perform lower on some cognitive tests, but there are other factors that could explain the results. Determining any environmental risk factor for dementia is difficult and needs long term follow up, so we cannot yet draw any conclusions on whether pesticides affect dementia risk.

“It’s likely that many factors come in to play to determine whether someone develops dementia. Age is the biggest risk factor for dementia, but we know that our genes and environment also have a role. Further studies into risk are essential to allow us improve our protection from dementia, but research is drastically underfunded.”

“This is an interesting study but worth noting it is small numbers only a small effect and of course many studies show ‘effects’. Definitely a case of much more research needed!”

* Neurobehavioral effects of long-term exposure to pesticides: results from the 4-year follow-up of the PHYTONER Study, Baldi et al, published in Occupational and Environmental Medicine, a BMJ Group specialist journal. Log into the SMC Resource Library to access the paper.

Further comments will be added to the Science Media Centre website.