The National Institute of Water and Atmospheric Research (NIWA) faces a legal challenge by climate sceptics group the Climate Science Coalition which is taking the Crown Research Institute to court over the accuracy of its climate data. 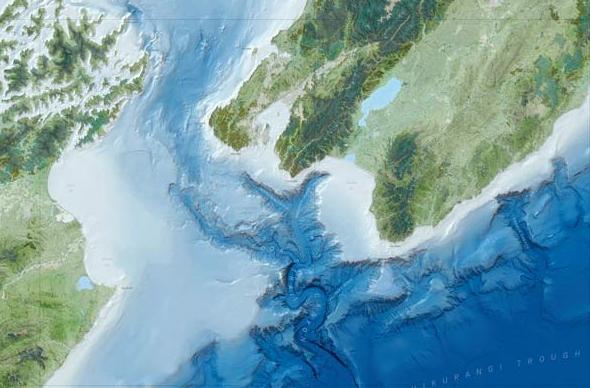 UPDATED 2PM: In a statement of claim which the coalition says it has filed with the High Court at Auckland, it calls for the New Zealand temperature record collated and maintained by NIWA to be “set aside” and that NIWA be required to produce a “full and accurate” temperature record.

“The suggestion that the NZ temperature record has been fraudulently manipulated by NIWA scientists to produce a non-existent warming trend is vexatious in the extreme because it implies not only that they have access to an independent and reliable temperature record which demonstrates that such a manipulation has occurred (which they do not), but also admissible evidence of the intention to commit fraud (which they do not). Thus it is nothing more than mud-slinging designed to confuse the public and smear the reputations of honest scientists. Honest debate and scepticism about science is one thing, but outright slander is quite different and this latest effort takes climate change denial to a new low. However, I have faith in the Auckland High Court being able to recognize this action for what it truly is.

“In addition, I understand that the coalition is now casting aspersions on the so-called “lack of peer review” of Jim Salinger’s PhD thesis which is at the genesis of the record. This is a false and baseless slur on the integrity of the awarding university and on the scientists who gave up their time to examine it and ensure that it met the high standards maintained by all NZ universities.”

“If there was any reputable evidence that temperatures in New Zealand were not consistent with the long term global warming trend, that would be an important issue for scientists to understand. It would open up new areas for research and could have great potential value for New Zealand. But there is no such evidence and to suggest that scientists in NIWA would misrepresent this is completely illogical.”

Dr Glenn McGregor, Head of School of Environment at University of Auckland comments:

“There are very good scientific reasons, related to consistency of record, why climatologists make adjustments to “raw” temperature observations taken over long periods. Papers published based on the “adjusted” NZ record have been subject to stringent international peer review and there are insufficient grounds to contest the genuineness of this record. The CSC also touches on the relative warming observed in NZ compared to elsewhere. While warming across NZ may not have been as great as observed across Africa, the North America, Europe and Eurasia there are very good physical reasons for this that are clearly not understood by the CSC. Society is staring down the barrel of an uncertain climate future related to human induced climate change. In relation to this, the CSC’s attempt to contest the NZ temperature record and in doing so discredit an internationally respected government agency and its community of climate scientists and tie up key people in court proceedings is gratuitous.”

“The High Court action against NIWA by the Climate Science Coalition has a distinctive Kafkaesque feeling to it. NIWA has diligently checked its temperature records, answered innumerable queries about them, and has validated the derived long-term warming trend from a range of different meteorological stations. All these carefully checked temperature records show a clear warming trend. That warming trend in New Zealand is consistent with the increase in global average temperatures, measured by thousands of meteorological stations around the world, including some very remote stations far from any direct human influence, and confirmed further by satellite observations, loss of glaciers, melting ice sheets, reduced frost days, extension of the growing season, increase in heat waves, etc.

“The Climate Science Coalition has not put forward any clear and consistent scientific arguments against this local or global temperature trend, has not published its views in scientific peer-reviewed journals, has not disclosed its own ‘scientific’ methods by which it claims to show that there has been a cooling rather than warming, and its members have little credibility in the climate science community. But all this seems to be of little relevance: the High Court action will cost taxpayer money to defend the obvious against the obscure and ridiculous, and it will prevent New Zealand’s climate scientists from working on the issues that really matter, which is how to improve our understanding of the range of likely further climate changes and allowing New Zealand to take appropriate actions in response.

“One cannot help but think that this may be the real purpose behind this action by the Climate Science Coalition. Taking High Court action will neither advance the science of climate change nor public understanding of the issues at hand, but it will certainly steal productive time away from scientists that could have used that time either on further research or on publicly communicating what we already know about climate change and the reasons behind it.

“I have an extensive network of colleagues across the New Zealand scientific community engaged in climate research. I’m not aware of anybody in this community of active researchers who believes that the NIWA temperature records and warming trend derived from those records are substantially incorrect. Neither am I aware of any credible scientific publications that show otherwise. I’m not aware of any support from the active climate research community for Mr Leyland’s claims.”

“To develop a thorough understanding of the science driving climate change takes decades of research and training. New Zealand climate change scientists employed by various Crown Research Institutes and Universities are amongst the best in the world and are internationally respected. Their research is continually scrutinised, peer reviewed and methods validated by independent research organisations world wide and this includes the techniques used to provide New Zealand temperature records.

“The Dominion Post reports that the NZ Climate Science coalition ‘wants NIWA to be ordered to produce another accurate record’ which does sound rather like …… I don’t like the answer you have provided so please give me another one that I will like. NIWA and other climate scientists in New Zealand are completely over worked and have already produced temperature records which satisfy stringent international peer review, are publicly available and these are apparently the data in dispute by the NZ Climate Science coalition.

“To avoid overworking the scientists further and save tax payers money, my suggestion is that the NZ Climate Science coalition should take the raw data used to produce the NZ temperature records (it is all publicly available) and work with it to produce the answer that they require. However their methods and results should then be subject to the same harsh international peer review and method validation processes as those undergone by the NIWA and other NZ climate scientists.”

I would support Dave Lowe’s suggestion.Further I would add that the vexatious action by the Climate Science Coalition appears to be motivated by the desire to spread doubt rather than to bring illumination or improve the quality of the NZ temperature record. It is strongly reminiscent of the remark let slip by the tobacco company Brown and Williamson, “Doubt is our product since it is the best means of competing with the ‘body of fact’ that exists in the mind of the general public.” At a time when the world is increasingly pressed to deal with extreme weather events on a number of continents and faces worse to come, the Coalition’s action does not win respect.

“Mr Bryan Leyland has considerable experience in energy engineering issues. He has written numerous articles on energy and climate change topics but he is not a climate scientist and I have yet to find a recent paper he has authored or co-authored on any related topic that has appeared in the recent peer-reviewed, scientific literature.

“In contrast many NIWA scientists have PhDs, respected international reputations, published widely in scientific journals, and have gained scientific credibility by their peers.

“The scientific debate on climate science must continue. Techniques, methods and instruments used in the past to measure climate temperature (and a wide range of other climate related changes) need to be continually improved to provide more accurate data and hence give a higher level of understanding of climate change and its possible impacts. This has been, and should always be, the case for any scientific knowledge as it advances and evolves. NIWA scientists are closely involved in this critical national and international debate. Their data has been widely published and is available for everyone to view.”So I have to wonder who or what is motivating Mr Leyland and the [Climate Science] Coalition to take legal proceedings. If they have a strong scientific argument as Mr Leyland is professing, why not simple submit a paper to a scientific journal in the usual manner and let the debate continue? Or is it that they simply want the publicity in order to keep their organization afloat?”

“Peer review and publications in reputable scientific journals that set high standards are the best ways to debate scientific questions. If the court system was capable of the task then we would long since have adopted the legal system as the best way to advance knowledge. This legal suit is a nonsense designed to attract publicity and spread fear, uncertainty and doubt in the absence of a decent argument. The media should ignore it and the judge should throw it out. Let the “Climate Science Coalition” tender its own calculations and subject them to rigorous peer review by submitting a scientific paper.”