BPA is a chemical widely-used in the manufacture of polycarbonate plastics, epoxy resins inside food and beverage cans, and other household and consumer goods. 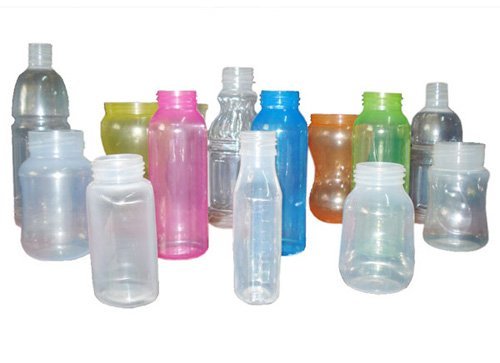 A growing movement to ban its use — due to health concerns — has been gaining traction internationally, especially in Canada and the EU.

In the US, the FDA has called for more science before making any changes to its current safety designation for BPA. The NZ Food Safety Authority says it does not support “precipitate action” on the issue.

Our colleagues at the UK SMC rounded up expert reaction to a new campaign launched by Breast Cancer UK calling for bisphenol-A to be banned. New Zealand comment is also included:

“I don’t think we should ban BPA, but I think we should control its use much more carefully. BPA is the chemical used to manufacture polycarbonate plastics, is a component of lacquers used to line food cans, and is used in some dental fillings – the problem is that it mimics the female hormone. Small doses over a long time can initiate female hormone responses.

“In males this might result in undescended testes or other sex organ deformities, but in females it is possible that some breast cancers might be stimulated. A specific type of breast cancer (estrogen receptor positive breast cancer) grows when the female hormone, estrogen, binds to a specific receptor in the cell; when the receptor is occupied the cancer cell divides and the cancer grows. An estrogen mimic such as BPA can bind to the receptor and stimulate the breast cancer cell to divide. Controlling its use while allowing it to be used for the benefit of society (e.g. in some medical devices) will reduce exposure and so reduce the risk.”

Dr Warren Foster, Director and Professor of CIHR/Ontario Women’s Health Council and Director of the Reproductive Biology Division in the Department of Obstetrics & Gynecology at McMaster University, Ontario, said:

“BPA is a very weak estrogen relative to the body’s own estrogen called estradiol.  Indeed some standard tests for estrogenicity fail to detect any estrogenic action of this chemical. It is estimated to be approximately 1/10,000th the potency of estradiol or in simple terms if one person makes 10,000 dollars/year someone else making 1/10,000th as much would receive 10.00 dollars/year.

“BPA, although ubiquitous in our environment, is poorly absorbed by the body. It is estimated that between 95 and 99% of BPA is metabolized by the body or the gut microflora and excreted from the body in either the feces or urine.

“The concentration of BPA measured in tissues is usually in the ppt (parts per trillion) range which is roughly equivalent to being able to measure one specific second in 31.7 thousand years. Our ability to measure BPA in tissues represents great improvements in analytical chemistry rather than evidence of increased exposure to chemicals or increased risk.

“People are exposed daily to a vast number of chemicals with mixed actions including estrogenic, anti-estrogenic and anti-androgenic as well as no known hormone like activity. At present there is no credible evidence to suggest that contemporary exposures are linked with increased risk of breast cancer.

“The greatest potential for environmental chemicals to impact on disease is in the area of disease progression. In this regard there is weak evidence that BPA could enhance breast cancer aggressiveness and promote progression of this disease.

“Relative to other chemicals to which people are exposed such as the phthalates, BPA presents minimal health concern.”

“There is no direct evidence that links bisphenol A exposure in women, or in animal studies, to the development of breast cancer. Bisphenol A is an extremely weak oestrogen and is therefore unlikely to contribute significantly to a woman’s lifetime oestrogen exposure (and thus to her risk of breast cancer). Much of the data on low dose effects of bisphenol A have proved to be unrepeatable in more detailed, follow-up studies that have used the route of exposure (oral) relevant to humans, meaning that they do not satisfy one of the fundamental criteria for good science. In my opinion, any call for action on bisphenol A first requires direct evidence that, at human oral exposure levels, it can be shown capable of inducing breast cancer in animal models.”