Applications are open and eligibility criteria have been updated for the third round of the Aotearoa New Zealand Science Journalism Fund. 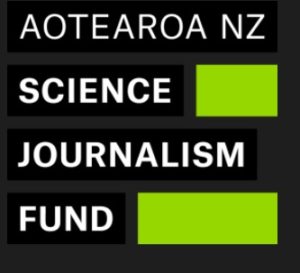 Grants ranging in value from $500 to $5000 are available to fund reporting on new topics including Māori perspectives on predator control and diversity in science, with preference given to projects that would otherwise be unlikely to attract resourcing.

The opportunity is now open to more applicants under new criteria for the fund.

“We’ve heard from people with great ideas, but who didn’t quite meet the narrow eligibility criteria for the fund,” says Dr Rebecca Priestley, the Fund’s founder and winner of the 2016 Prime Minister’s Science Communicator’s Prize.

“We’ve taken this feedback on board and have widened its scope. We’re hoping we’ll get applications from more freelance writers, early career journalists, and potentially people who think of themselves more as science communicators rather than journalists.”

She says the fund is also keen to hear from a more culturally diverse group of applicants, including Māori media, and hopes that this round’s themes will have broader appeal.

Funding is available under the themes:

Māori and pest control – $5000
Aotearoa now has an ambitious goal to become predator-free by 2050.  What does this mean for Māori communities? How does this goal fit with a Māori worldview? Preference will be given to stories focusing on efforts to control mammalian predators. Funded by New Zealand’s Biological Heritage National Science Challenge.

Whose science? – $5000
Efforts to broaden participation in science and smash outdated stereotypes about “what a scientist looks like” have gained momentum in recent years. We invite projects that focus on diverse communities involved in creating science. Funded by the Science Communicators Association of New Zealand.

Agricultural greenhouse gases and options to reduce agricultural emissions – $3700
In New Zealand, emissions from agriculture account for about half of all our greenhouse gases.  We’re looking for ideas that explore the topic and reduction opportunities, and particularly encourage applications that include use of innovative media such as video and infographics.  Funded by the New Zealand Agricultural Greenhouse Gas Research Centre.

Science on Ice – $3600
Antarctica’s past can tell us about the future. Its biology provides an early warning system for environmental change. The icy continent drives the global climate system. There Is $3,600 available in this theme to fund a story or stories that feature New Zealand research in Antarctica. Funded by Antarctica New Zealand.

This announcement follows on from two successful previous rounds since the fund’s launch in 2017. Topics covered range from sea level rise to privacy of data, to robots in healthcare and gene editing.

You can read more about completed projects here and here. Additional funded projects are underway and due to be completed by 31 August this year.

“It’s been exciting seeing how enthusiastic New Zealand science organisations are to support journalists and science communicators in their work,” says Dr Priestley.

Any organisations wanting to support the fund, please contact: sciencejournalismfund@gmail.com.

News consumers now also have the opportunity to support the Aotearoa-New Zealand Science Journalism Fund through PressPatron, a crowdfunding platform allowing readers to make contributions towards the type of content they love consuming.

The Aotearoa New Zealand Science Journalism Fund is the first independent journalism fund dedicated to furthering coverage of the science-related issues that impact New Zealanders. The fund was set up by Rebecca Priestley, winner of the 2016 Prime Minister’s Science Communicator’s Prize, in association with the Science Media Centre, to support journalism that highlights the science that underpins, or informs, major issues facing our society.

Visit www.sciencejournalismfund.nz to find out more about the Aotearoa-New Zealand Science Journalism Fund

Visit www.presspatron.com/science-journalism-fund.html to make a contribution to the Fund.