The extent to which we have changed our natural landscapes is highlighted in the latest instalment of the Ministry for the Environment and Stats NZ’s environmental reporting. 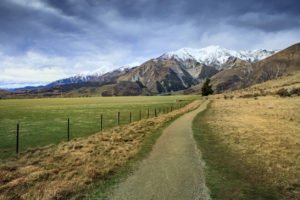 Our Lands 2018, released today, also indicates significant gaps in our knowledge about land use and the flow-on effects to soil.

The report and other materials are available on MfE’s website.

The Science Media Centre has asked experts to comment on the report.

“Although there isn’t anything really new, the value is in bringing together key datasets and ensuring they were up-to-date, appropriately interpreted and verified. The use of indicators, and the focus on reporting change over time and current state, allows people to see where the problems are, and which issues we should focus our efforts on.

“In addition to this, the data gaps have been highlighted in the report, with a particular lens on priority areas to improve our knowledge on how we use the land, and how the land use impacts on economic, social and cultural values. Manaaki Whenua Landcare Research is working with MBIE, other research providers and sector stakeholders to fill these data gaps, including by leading large-scale research programmes to accelerate delivery of high-quality soil mapping, soil health, erosion and sediment, and land cover data and information.

“This report is important as it represents the first ever New Zealand report on the land domain. It follows another key international initiative from the UN that Manaaki Whenua Landcare Research and many others are contributing to: the Intergovernmental Platform on Biodiversity and Ecosystem Services (IPBES) has just released key assessments of interest to New Zealand (land degradation and restoration, Asia-Pacific assessment). Both are important steps that will support policy development through scientific evidence.”

Conflict of interest statement: Anne-Gaelle was a member of the report’s advisory group.

“The Our Land 2018 report just released by MfE and StatsNZ is a key document that will enable us to better understand where New Zealand stands in terms of challenges and pressures that our environment is facing. As highlighted in the summary video of the report, biodiversity in New Zealand is in danger. Soils and water streams are increasingly being menaced by human activity.

“In order to better confront these challenges, the country needs to build more and better data sources on land use activity, resources use and condition. Without consistent national integrated data sources, it will be very hard to track future environmental conditions and the effects of policies or programs intended to reduce human impact.

“One shocking example in New Zealand is the shocking lack of rural waste data. As pages 65-67 of the report explains, limited data on waste disposal impedes any assessment of the scale of the issue, let alone our ability to track any change. Better records and tracking of waste disposal is key to understand the risks that waterways, soil, air and towns face, especially given an expanding industry known for generating important volumes of non-natural waste such Dairy (the report links to data estimating that dairy farms in Canterbury produce, on average, 9 tonnes of waste per year, excluding animal remains).

“In general, the effort of the government in publishing such a report, and the strong self-criticism implied in its findings, should be applauded. If subsequent work supports the development of data systems and research that provide better insights on how land is being managed and impacts reduced, even better!”

Conflict of interest statement: David was a member of the report’s advisory group.

“I welcome this report highlighting the importance of the land resources, in particular the soil resource, to New Zealand and our economy. From a science point-of-view, the report itself does not contain any major news, but rather takes a look across the various land resources themes, reporting on currently available statistics, and listing the areas where data is lacking.

“Crucially, the report outlines some significant data gaps around the monitoring of land cover (the last iteration of the Land Cover Data Base, LCDB, dates back six years now), land use (for which no national dataset is widely available), and soil health. It also singles out the lack of general spatio-temporal datasets on soil. These are all very valid conclusions in my view, and I hope these shortcomings around long-term monitoring of our land resources will be subsequently addressed.”

Conflict of interest statement: Manaaki Whenua did contribute to this report, but I was not personally involved.

“While this report does provide a snapshot of the state of the land as far as impacts, it is important to note that it does not provide insights into the trends in relation to phosphorus in the soil, and macroporosity of the soil – and how land use, and intensity of that use, contributes. Phosphorus in the soil is one measure, but there are other variables at play such as compaction of the soil, that will dictate whether there is phosphorus run-off into waterways to do damage.

“What we do know is that the data for water quality (in regard to phosphorus) and sediment concentrations indicate that far more sites are showing improvements now (2004-2013) than before (1994-2003). This is despite changes in land use, land use intensity and indications that phosphorus under dairying is enriched, and macroporosity of the soil is impaired. These improvements may be due to greater awareness, farmers being more proactive or policy changes. Efforts include the isolation of critical source areas that contribute most phosphorus and sediment loss from farms or catchments, and targeting critical source areas with measures to mitigate these losses.

“The question is always whether these efforts are enough to meet community aspirations of water quality. This is why the Our Land and Water National Science Challenge (hosted by AgResearch) is supporting work examining land use suitability, and providing indicators on what a parcel of land can produce, the potential of these land parcels to lose contaminants, and the effect of these contaminants on water according to a water quality objective. This work will also be expanded to examine objectives for soil.”

No conflict of interest.

“Our Land 2018 gives us a good idea of the state of New Zealand’s land and the pressures that affect it, while not shying away from highlighting the knowledge gaps that prevent it from being a thorough picture. It’s the gaps that I’m interested in. At DOC we have a robust data collection system, which has contributed to this report. Although we can provide data on biodiversity, ecosystems and land cover on public conservation land, the bigger picture for New Zealand is not quite so complete.  This issue needs attention.

“There is much biodiversity that needs to be protected outside public conservation land and that’s where we need more information. Habitat fragmentation and habitat quality need attention and we need to get information on data deficient species in those habitats. Wetlands continue to be of major concern and data shows ongoing decline. This is another matter that needs attention.

“The good news is that although a high percentage of our native species are in trouble, our data also shows that where we have intensive management and/or landscape-scale pest control, we can stabilise populations and even reverse declines.  Good examples include rowi, takahē and mōhua. They are no longer in decline after multiple pest control operations.

“We’re also working with central and local government, landowners, industry and communities to reduce the impacts of wilding conifers, a major threat to our ecosystems taking over natural landscapes, including rare ecosystems. Wilding conifers occupy approximately 6% of New Zealand’s total land area – over 1.8 million ha – and were spreading at rate of 90,000 ha per year. Without the control work of DOC and our partners, wilding conifers would have invaded 20% (5.4 million ha) of New Zealand’s total land area.

No conflict of interest.