A media report from the weekend suggests a link between the Earth’s rotation and an increase in intense earthquakes. 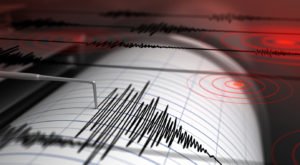 The report follows a conference presentation last month by two US researchers who suggest a slowing of Earth’s rotation is correlated with an increase in earthquakes of magnitude 7 or higher.

The SMC asked experts to comment on the media reports, please feel free to use these comments in your reporting.

“He also suggests two possible explanations for the correlation: the slight change in the Earth’s shape caused by the slower rotation might put extra stress on the crust, or tectonic plates may act like “a loose cannon sliding upon the deck of a rolling ship” and don’t quite keep up with the change in motion of the mantle underneath them, again causing stress to build up in the crust.”

“The next five years can therefore serve as a test of his hypothesis, but there are no specific predictions about exactly where the increased earthquakes will be. In any case, it is a good reminder to keep up to date with your earthquake preparedness in terms of making sure that you have enough water and food for a week and by checking that your belongings are appropriately fastened in case there is a large earthquake.”

“The Otago Earthquake Science group does not support the primary conclusion of this article. We see it as yet another example of a fortuitous correlation between earthquake occurrence and an unrelated phenomenon.

“Earthquake rates fluctuate greatly around the plate boundaries of the world, and many explanations for the fluctuations have been provided over the years (e.g. Super Moon, Diurnal controls, Earth Orbit Eccentricity). While the researchers involved in this most recent work are very well known and regarded, we have no basis to support their conclusions at this time.”

“GNS Science is unable to provide a meaningful comment on this research. It appears to be a conference presentation and very preliminary rather than peer-reviewed research, so there is no detail for us to examine.

“It is true there have been periods of elevated rates of large earthquakes in the past 100 years. However, if you go looking for correlations with other natural phenomenon, you will almost certainly find some interesting matches.”

“This study… I am sure the statistical correlation is more defendable than Ken Ring’s work. However, it shouldn’t inspire panic. The story has reported the researcher’s statements in a way it sounds like we will get a jump from 6 to 20 large earthquakes per year. I don’t think this is likely.”

“Professors Bilham and Bendick are respected scientists in earthquake geology and seismic risk. I would look forward to seeing this study in a peer-reviewed journal, with some reporting of the statistical tests for the significance of the observed relationships and with further consideration of potential mechanisms. As with any conference abstract or presentation, it is difficult to judge the scientific merit of the claims being made until they have undergone rigorous peer-review and additional testing by other research groups.

“It is important to note that the authors explicitly state in the abstract that the precise locations, times, or magnitudes of earthquakes cannot be predicted, even if their observations and interpretations are eventually confirmed by other researchers.”