With the, somewhat signposted, news that 2016 was the warmest year on record globally, and the warmest in New Zealand since modern records began in 1909, Professor James Renwick writes that we need to channel energy into urgent action. 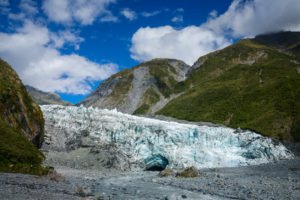 The past year also saw two milestones: the atmospheric concentration of carbon dioxide (CO2) passed 400 parts per million at every recording site in the world; and the Paris Agreement on limiting climate change came into effect, committing the global community to limiting global warming to less than 2°C above pre-industrial, and preferably closer to 1.5°C. The 400ppm threshold was last crossed something like three million years ago, so we are well into uncharted territory as far as humanity is concerned. The Paris Agreement is a clear commitment from the global community to take action.

And serious action is what’s needed – urgently. To limit warming globally to 1.5 or 2°C, there’s a maximum budget of CO2 we can put into the atmosphere. At current emissions rates, the 2°C budget will be blown within 20 years, and the 1.5°C budget in only four or five. Living up to Paris will take a huge concerted effort from every country.