Over the coming days and weeks the full impact of Monday morning’s Kaikoura earthquake will become apparent. 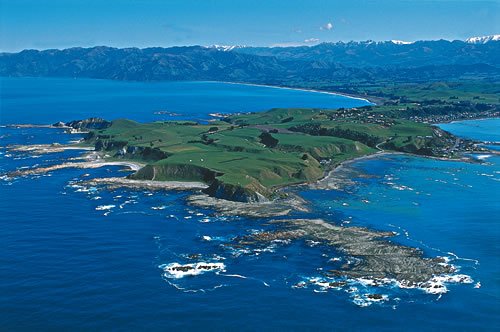 We asked an expert in the effect of natural disasters on tourism what the recovery of this tourist town might look like.

“The response of the tourism industry to disasters both overseas and in New Zealand shows that many international visitors stop coming for a period of time. What we found in the Christchurch case, though, was that although there is some evidence of reductions in visitor numbers and tourism expenditure across New Zealand, much of the impact related to redistribution of visitors and expenditure to other parts of the South Island and even the North Island.

“Kaikoura and the surrounding districts within the damage zone of this earthquake are likely to experience a significant downturn in both international and domestic visitor arrivals in the short to medium term. This will continue until the threat of aftershocks subsides, and tourism infrastructure is back in place. It will take time for visitors to feel safe and positive about returning – their perceptions of safety will be dictated by the travel advisories issued by their own governments, and also the images they are exposed to through the media.

“Because the coastal highway via Kaikoura is likely to be closed for some time, visitors arriving via the Cook Strait ferry will need to access the South Island via Nelson and the Lewis Pass by road, or will choose to fly to Queenstown or Christchurch to begin their South Island visit.

“One likely outcome of the earthquake, therefore, will be an increase in demand in other places. For example, the lower South Island and North Island could experience increased demand from international visitors over the coming summer. Nelson could also expect to be busy with visitors that continue to ferry and drive. Longer term, international visitor numbers will slowly recover as tourists begin to feel safe and positive about returning.

“In the case of Christchurch, some types of foreign visitors were less concerned about the earthquakes than others. For example, the Australian market has been very slow to rebound (likely because of the widespread negative media coverage of the disaster on TV in Australia for many months), compared to the Chinese market, which continued to grow throughout the five years after the February 2011 earthquake.”

What might the recovery be like in Kaikoura? How does it compare to other communities you’ve studied, i.e. Christchurch and the West Coast?

“The Kaikoura District is reliant not only on tourism but also agricultural and fisheries. Access to the township will be closed to the south on State Highway 1 for quite some time, with limited access to the north in the shorter term.

“This will mean the transport of goods and services will be interrupted, with re-routing of fast-moving consumer goods from the North Island via the Lewis Pass and State Highway 7A, which is a significant detour. There will also be implications for the transport of perishable export products out of the district.

“The Coastal Pacific rail link between Christchurch and Picton will also be unable to run for a period of time, with implications for the flow of tourists through the region and linking to the ferry service in Picton. Delays in reinstating road and rail access will be a major contributing factor in slowing the recovery of Kaikoura in the short to medium term. In comparison, Christchurch remained as an entry point for visitors via Christchurch International Airport throughout the earthquakes in 2010-2011, with visitors arriving and departing on their South Island journey without having to stay in Christchurch overnight.

“In the event of a possible Alpine Fault earthquake in future, rural tourism-reliant communities on the West Coast will have similar issues to Kaikoura regarding lack of access by road. There will be delays of many months in reopening State Highway 6 and State Highway 73 due to damage related to landslides and surface rupture on the Alpine Fault.

“One important outcome of the Christchurch earthquakes from a tourism perspective was the vital role played by Christchurch Canterbury Tourism, Tourism New Zealand and the Tourism Industry Association in communicating with visitors, tour operators and business owners during the response and recovery period. Tourism operators in Kaikoura should stay in contact with these organisations to ensure their voices are heard.

“The sooner positive messages about recovery in Kaikoura can get out to potential visitors, the better – but Kaikoura must be in a position to safely host guests, with the necessary tourism infrastructure before that can happen. There is likely to be a period of time when tourism marketing of Kaikoura simply won’t be possible.

“In Christchurch, this period of ‘non-marketing’ lasted six months after the February earthquake. Then, Christchurch Canterbury Tourism launched their ‘South Island Road Trips’ campaign, to help tourism recovery in the regions outside Christchurch while the city wasn’t in a position to host visitors.”