UPDATED: After two weeks of negotiating, the representatives of more than 190 nations have settled on a agreed plan to tackle climate change. 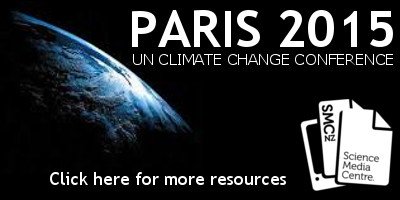 The agreement, which was released in the early hours of Sunday morning NZT, sets the goal of limiting the world’s rise in average temperature to “well below 2 degrees Celsius above preindustrial levels and pursuing efforts to limit the temperature increase to 1.5 degrees Celsius”.

Countries will be required to report on “national inventories of emissions by source” and also to report on their mitigation efforts.

The Science Media Centre collected the following expert commentary from New Zealand researchers. Feel free to use these quotes in your reporting.

“This agreement is radically new in that it gets the world out of the bind that the Kyoto Protocol’s outdated division of countries into two categories left us in.

“The Paris Agreement is the true implementing agreement of the original framework convention. It has taken 23 years to get where we are. It is a huge diplomatic achievement for France.”

“The universal commitment by governments to a mitigation pathway that restricts global warming to 2C with ambition to stabilise at 1.5C is an extraordinarily good outcome, although the details of a plan to get there are yet to be agreed upon.

“While the current science says 2C is not completely safe, it does appear to be a guardrail below which risks are considerably reduced. This is particularly true with respect to components of Earth’s climate system that may have global and irreversible consequences, such as the melting of the polar ice sheets, and sea-level rise.

“Results of a recent study published in Nature shows that 1.5-2C above preindustrial may be  the upper limit of a stability range for the Antarctic ice sheet, and that for the IPCC’s low emission RCP 2.6 scenario, there is less than 1m total contribution to global sea-level rise  from Antarctica after 1000 years.  It appears that  above this guardrail, a warming Southern Ocean destabilises the ice shelves and brings into play  dynamic processes that  lead to a long term unstoppable commitment of up to 10m of sea-level rise  over the coming centuries.

“Following the Paris Accord it seems clear that IPCC will asked to evaluate more precisely the different climate impacts and risks of 2C compared with 1.5C.”

“The main aim of Paris was to create a new era of universal participation in climate mitigation. To that extent it’s been a great success, and the French leadership deserve a huge amount of credit for such a positive outcome.

“Personally I think this sets us on a promising course. The goal of net zero CO2 emissions at some point in the century, which is implied by a 2C target, lurks implicitly in Article 4. Scientifically, that’s probably the best that we could realistically hope for – major fossil fuel economies couldn’t cope with a clear statement of a net zero CO2 target at this stage. But the direction of travel is clear.

“There are some important steps ahead in terms of building some of the institutions that will be required to make this effective – there will need to be a lot of work on monitoring, reporting and verification regarding not only emissions but also finance and, in some instances, adaptation. But the basic agreement looks quite promising.”

“While governments still do not have detailed plans for reducing greenhouse gas emissions fast enough to keep to the 2°C target, they have now made a much higher level of commitment for achieving that. This is the result of a more collective approach to a global problem.

“A clear signal has also been given to the fossil fuel industry that, unless they can make carbon capture and sequestration work very quickly, fossil fuels will be phased out in the next few decades. More generally, financial investment strategies will change and the private sector will start making a more rapid shift to renewable energy.

“There are still some major issues in the too hard basket, such as achieving equity for those that will be more severely affected by changes that are already unavoidable. Climate change has not stopped, and we still need better ways of adapting to it, but that should now become more manageable.”

“The Paris Agreement is a great achievement, the most positive thing to come out of the COP negotiations to date. The call for transparency, continual ratcheting up of emissions targets, and the provisions for climate finance, are very positive outcomes.

“The review of a 1.5°C warming limit may come too late as we are well on the way to 1.5°C with present greenhouse gas levels. Staying below 2°C warming is a big ask, but this document provides a framework for action. Now we just need the action.”

“I am celebrating that nations of the world now realise what a bind we are in! But it is now time for the ‘rubber to meet the road’. In terms of historical emissions the world is already committed to about 1.5ºC warming – so we are 75 per cent of the way towards the 2ºC target. So to prevent the planet warming more than 2ºC humanity must start reducing global carbon emissions now then lock up atmospheric carbon later this century. We now have a lot of work to do.

“In terms of domestic policy New Zealand has received a poor rating for its efforts on climate change, ranked 43rd overall in the Climate Change Performance Index  – an annual assessment of the world’s largest CO2 emitters released last week. New Zealand has fallen two places from last year’s assessment, placing just ahead of the US and China.

“The CCPI uses standardised criteria to evaluate and compare the climate protection performance of 58 countries that are, together, responsible for more than 90 percent of global energy-related CO2 emissions. It is published by Germanwatch and Climate Action Network Europe. New Zealand performs worst in the ‘climate policy’ category, where it receives a ‘very poor’ grade. It is ranked 53rd for national policy with a score of 18.35 out of 100.

“It’s important to recognise that the CCPI doesn’t consider agricultural emissions, so the countries poor ranking shows we have much to do to reduce our emissions from transport and energy. This we can do from clean energy, wood fuels, public transport and electric vehicles. Particularly important is what we can do in our homes by conserving energy consumption and passive methods through means such as insulation. We have a lot of work to do now!”

“The Paris Agreement is certainly a major step forward given all the national constraints and differences.
It is in many ways a compromise and I doubt will have any immediate impacts on NZ government policies.

“Minister Paula Bennett will take some time to come to grips with her new portfolio and the Royal Society’s Climate Change Mitigation panel that I chair will be producing outputs that should help with the realisation that there is much New Zealand can do to reduce our GHG emissions – and not rely on buying carbon credits from offshore as is the current intention.

“The only mention of carbon pricing in the Agreement is below – with nothing about carbon trading far as I am aware: ‘Also recognizes the important role of providing incentives for emission reduction activities, including tools such as domestic policies and carbon pricing’.

“The really positive outcome of the COP21 was in fact outside the Plenary rooms.

“The momentum of businesses, cities, NGOs, financiers, bankers, indeed across all civil society, in their intent to move towards a rapid transformation to a low-carbon economy was far more impressive than the formal negotiations.

“There will be many years of further negotiations needed to support the principles of this Agreement. But COP21 will be remembered for the event where global society came to fully understand the many opportunities and co-benefits that climate change mitigation and adaptation methods provide.

“This indeed was a key message of the IPCC Mitigation 5th Assessment Report. After working on renewable energy systems for over 40 years at Massey University, it is pleasing to see that it will now have a major contribution to make worldwide alongside energy efficiency and innovative technology development. Technologies will not solve it alone – and behavioural change and social issues are key – but the transformation has begun.

“Overall the COP reminded me of a two week-long Telethon with announcements, celebrities, new funding announcements – “Thank you very much for your kind donation!”

“NZ will have to become more nimble and innovative to reduce our emissions across all sectors and keep up with the leading countries I think.”

The following commentary was gathered by our colleagues at the UK Science Media Centre:

“It is remarkable that a text of this ambition has been agreed by all Parties, given the much less ambitious options still on the table just three days ago. However, the gap between the agreement’s goal to limit warming to well below 2 degrees C and the current combined level of countries’ emissions pledges – which are not nearly enough to achieve this goal –  means there is considerable work to do over the coming years.”

“Limiting the rate and magnitude of climate change will have a large impact on the reaction of the world’s ecosytems.  The challenge will be in everybody’s commitments to be visionary to achieve this goal.”

“The human race has a climate crisis, Paris has delivered a plan, next begins the hard bit: action.”

“The Paris outcome is momentous, but let’s not get too carried away. The initial draft’s limitations are not overcome, especially that key parts remain voluntary. Major hurdles still exist in countries taking forward this agreement – given that governments change and that strongly opposed interests have not disappeared. Then, we have implementation on the ground which will take years. Today is not the end, but the beginning of a journey which has already taken too long to start.”

“The new Paris Agreement is historic, important, world-changing and inadequate all at the same time. It is astonishing that all the countries of the world have agreed a pathway together to reduce greenhouse gas emissions. But the proof that this will happen will depend on  policy changes.

“To meet a target of well below 2 degrees C above per-industrial levels will require leaving the vast majority of fossil fuel reserves in the ground. Will the deployment of renewable technologies be quick enough and cheap enough to keep fossil fuels in the ground? Personally I hope so. The proof will be whether globally investors shun fossil fuels and we soon see coal companies going out of business while investments in renewable technologies skyrocket.”

“This is a game-changer. The long nights of negotiations have paid dividends. Legally binding, a robust way to increase emissions reductions, and strong reporting requirements – really impressive.  This agreement is the first concrete step on our collective way towards avoiding dangerous climate change. Paris already has the world’s sympathy, today it also has the world’s gratitude.”