Two Australian men have died after suspected poisoning from a batch of synthetic cannabis. 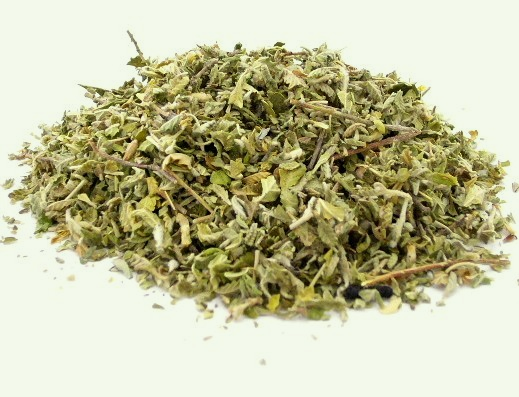 A 33-year old man from Queensland has died, and a second 41-year old man who was in critical condition has now also died, after suspected poisoning from a batch of synthetic cannabis. Both men fell ill in Mackay, in central Queensland, where there has been a recent wave of hospitalisations due to the drug.

Our colleagues at the Australian SMC collected the following expert commentary. Feel free to use these quotes in your reporting. If you would like to contact a New Zealand expert, please contact the SMC (04 499 5476; smc@sciencemediacentre.co.nz).

“Synthetic cannabinoids belong to a broader category of drugs that are sometimes described as the ‘novel psychotropic substances’ or NPSs. These substances are evolving faster than the legislation designed to control them, and are a cause of considerable concern to doctors who are tasked with treating them.

“Synthetic cannabinoids certainly have the potential to be significantly more dangerous than the natural plant material that they supposedly mimic. Deaths are well-described in the toxicological literature from this group of drugs. Whereas naturally occurring cannabis produces a wide range of chemical compounds, many of which seem to counteract the less desirable and indeed potentially dangerous effects of others, synthetic cannabinoids are industrially produced chemicals, sprayed onto plant material to give the impression that they are derived from nature. Nothing could be further from the truth.  They have generally been designed by well-respected and well-intentioned neurochemists for the purposes of investigating the neurobiology of cannabis in animals, and were never designed for consumption by humans. They bind with a much higher affinity to the cannabinoid receptors that they were created to investigate, and so have a much higher potency than the naturally occurring compounds. Because they are simply sprayed onto whatever carrier plant material is chosen, ‘hot spots’ can occur where the concentration is higher than intended, further increasing the potential dose and the associated hazard.

“Without meticulous investigation, it may be difficult to determine the true nature of the products involved in this tragic death- but it is very important to do so. The rate of evolution of these drugs, and the NPSs in general, is such that many have never been seen before. Even if a drug has been previously identified and characterized, the way that the body metabolises it could make it undetectable by routine urinary drug screening. This situation is analogous to the crime committed by perpetrator whose fingerprints are not on record- if analysts are uncertain of what they are looking for, the product might never be found.

“The drugs market in Australia is currently in the middle of an evolutionary cat-and-mouse battle, with out-dated approaches forcing not just the emergence of new drugs, but an entirely new market, a market immune to the more traditional techniques of interdiction. We need wittier and wiser responses to the problem of harm from drugs, if these deaths are not to become a more frequent occurrence in a generation of young Australians.”

Jan Copeland, Professor at the University of New South Wales and Director of the National Cannabis Prevention and Information Centre (NCPIC), comments:

“There is much confusion about this group of drugs which are not cannabis or its active chemical THC, not safe and not legal. What is marketed as synthetic cannabis is essentially unspecified organic plant material that has been sprayed with chemicals and is then smoked in order to produce a feeling of being ‘high’. The types of chemicals used vary, so the effects are unpredictable and bad experiences common. There have been numerous reports of emergency department presentations with adverse cardiovascular effects such as high blood pressure and racing heart; seizures; kidney failure and severe mental health effects such as hallucinations, psychosis, panic and anxiety. This newest case is a stark reminder of the risks these drugs pose.  Around 230,000 Australians tried synthetics cannabinoids in 2013 (1.2% of the population) but many only try it once or twice given the bad effects commonly experienced (see Synthetic cannabinoids: The Australian experience). In summary, these chemicals are dangerous and illegal across Australia and may be detected in workplace drug testing.

“Synthetic cannabinoids are drugs originally synthesized in order to mimic the effects of the psychoactive component of cannabis, THC.

“Synthetic cannabinoid use has been associated with serious adverse effects and an increasing number of deaths. Use of cannabis and even THC on its own is considered to be reasonably safe, but unlike cannabis, none of these synthetic compounds have been tested in people in controlled settings, and effects associated with synthetic cannabinoid use suggests that they are far from safe.

Richard Kevin is a PhD student studying synthetic cannabinoids at  the University of Sydney, he comments:

“Synthetic cannabinoids are heavily modified versions of the active compounds in the cannabis plant. These new synthetics are being developed at a rate that outstrips the speed at which researchers can respond. Even when a specific synthetic drug is outlawed, or even an entire class of drugs, the molecular structure can often be ‘tweaked’ slightly so that the new compound falls outside of existing legislation. This results in a large variety of synthetic cannabinoids with largely unknown toxicity. While some synthetic cannabinoids appear to be relatively well tolerated, others have been linked to a number of serious health effects such as acute kidney injury, panic attacks, and seizures. Using a synthetic product is a lot like picking up a random pill off the ground – you can’t know exactly what you’re getting, so you’re taking a big risk. Sooner or later it’s likely that a particularly toxic synthetic cannabinoid will be developed and distributed, potentially costing lives, as may be the case in Queensland.”