New research, published today in the journal BMJ, has analysed data from a large health survey, identifying an links between psychological distress and increased risk of death over an eight year period. 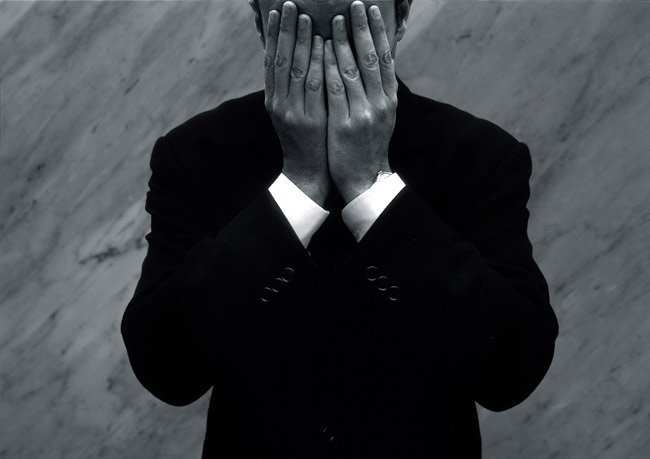 The risk was raised even at lower levels of distress that would not usually come to the attention of mental health services, say the authors. Approximately a quarter of the general population suffer from these minor symptoms of anxiety and depression.

Previous studies investigating the association between psychological distress and mortality have been small and unable to reliably measure thresholds of risk.

Researchers analysed data from over 68,000 adults aged 35 years and over who took part in the Health Survey for England from 1994 to 2004. Their aim was to measure the role of psychological distress as a risk factor for death from all causes, cardiovascular disease, cancer and external causes occurring over an 8 year period. Death certificates were used to record cause of death.

Psychological distress was measured using a recognised scale ranging from no symptoms to severe symptoms of stress and anxiety.

Dr Tom Russ, the lead author, said “We found that psychological distress was a risk factor for death from all causes, cardiovascular disease, and external causes-the greater the distress, the higher the risk. However, even people with low distress scores were at an increased risk of death. Currently these people-a quarter of the adult population-are unlikely to come to the attention of mental health services due to these symptoms and may not be receiving treatment.”

An accompanying editorial says these findings add to evidence that suggests a causal association between psychological distress and cardiovascular disease, but it is not clear how to intervene.

John Williams, Head of Neuroscience and Mental Health at the Wellcome Trust, said:

“People with mental health problems are among the most vulnerable in society. This study highlights the need to ensure they have access to appropriate health care and advice so that they can take steps to improve the outcome of their illness.”

“These findings are important and timely, particularly following recent cuts that are affecting mental health services in the UK.  The study clearly shows a link between psychological distress in the form of anxiety and depression and increased risk of death. However, it should be noted that psychological distress was measured via self-report, which typically over-estimates rates of stress.  It should also be noted that there could be unaccounted for contributors to mortality, such as particular bacteria or viruses, which are not easily or routinely measured.  On the whole, however, the findings underscore the link between physical and mental health and the need to alleviate even minor symptoms of anxiety and depression since this may improve longevity.

People should not ignore their mental health or go for ‘quick fixes’ in the form of medication, which GPs typically choose. Treatments that have a strong evidence base, such as CBT, and lead to higher rates of long-term recovery may be particularly important for helping people to overcome anxiety and depression and enjoy better overall health.”

“This is an interesting study, which should prompt further research. However, at an individual level, sufferers of depression and anxiety disorders should not conclude that they will die younger than their peers.”

“This is not a pure follow-up study, raising problems of direction of causation. Firstly, undiagnosed physical illness could have led to both increased psychological distress and an increased mortality ratio. The authors acknowledge that this as a strong possibility.”

“Secondly, distressed people tend to self-medicate. We live in pill-popping times and we don’t always know what the physical health effects of our addictions to quick fixes might be. Although the authors corrected for alcohol use, no correction was made for the use of herbal or recreational drugs, for example, or prescribed medications, some of which can increase the risk of heart disease.”

Q.  Is this a robust piece of research? Is this only of interest to researchers or should the public be alerted?

A.  This is an important piece of research. The public is always sceptical of how much psychological distress can affect us, with stigma often expressed against people suffering from depression. However this study confirms – because we had some hints already – that psychological distress increases mortality over the subsequent 8 years or so.

Q. How novel are the findings? What do they add to our current understanding of health risks associated with depression and anxiety?

A. These are confirmatory findings, using a very large number of subjects and a robust design. The real impact is on our full understanding of what depression costs us beyond just suffering and disability. One strong novelty is the increased risk of mortality from external causes, like accidents and assaults. Why are depressed people more prone to this?

Q. What is the exact proportional risk in mortality if you suffer from a mild mental illness?

A. The increase in mortality varies with the severity of distress: from 20% to 40% roughly. This may not seem too much, but, for example, it is comparable to the increase risk coming from of being a “former” smoker – albeit lower than that of being a current smoker.

Data used for comparison can be found here:   Smoking and All-Cause Mortality in Older People Systematic Review and Meta-analysis

Q. Can you clarify exactly what the association between mental health problems and mortality is? That is, the paper says ‘mild distress – how is this measured?  How long would you have to suffer from a mental illness before this impacts mortality?

A. The paper only uses one scale for measuring distress, which captures a mixture of depression and anxiety. Mild is defined in this context as distress for which we would not normally seek professional help, or for which professionals would not give us medications or prescribe talking therapies. Unfortunately we cannot define how long it takes for the increased mortality to occur as the measure was taken once only. However, we know from research and clinical experience that psychological distress rarely disappears quickly, and so this one snap-shot measure it is likely to capture weeks or months of distress.

Q. Can you suggest possible mediating or modulating factors? Expand on the complexities of these kinds of associative analyses? What are the factors they controlled for and were there any they could have controlled for?

A. We (my group at the Institute of Psychiatry, King’s College London) have been spending the last few years exactly trying to address this question. There are clear biological mechanisms and body functions that are changed by stress and depression: most notably, the hormonal stress response (cortisol) and the immune system (inflammation) become activated in response to stress and depression, and this in turn can affect our risk of getting ill from cardiovascular diseases and cancer. The “usual suspect” risk factors, such as smoking and other health-related habits, are accounted for, and therefore this increased in mortality is above beyond those due to just depressed people smoking, eating or drinking alcohol.

There is one hypothesis which has currently a lot of support in the scientific arena but that the authors do not really discuss: that is, that both depression and the increased mortality may be due to a third common risk factor. For example, it is possible that events occurring early in life, as early as in the utero environment or early childhood, put the individual onto a negative  trajectory that includes susceptibility to both depression and to physical illnesses, and thus to the increased mortality.