Included in today’s Budget 2012 announcements was the plan to increase tax on tobacco and allocate new funding to prevent the uptake of smoking and to help current smokers quit. 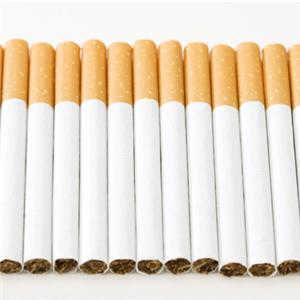 Tobacco excise taxes will increase by 10 per cent a year on 1 January in each of the next four years as part of a wider government programme to prevent young people from taking up smoking and encourage existing smokers to quit.

This will be in addition to the annual inflation-indexed increases in tobacco excise, and follows a 40 per cent increase in excise since April 2010.

Budget 2012 also provides $20 million over the next four years for a new innovation fund, Pathway to Smoke-Free 2025, for programmes to discourage smoking uptake and help more New Zealanders give up.

More information and comment from Associate Health Minister Tariana Turia can be found in this Media Release.

A more detailed analysis of the tax increases can be found in the treasury’s Regulatory Impact Statement on tobacco excise tax in the 2012 Budget.

Prof Janet Hoek, Department of Marketing, University of Otago, responding to our questions:

Is there a strong evidence base that increasing the cost of tobacco leads to decreased consumption?

“Consumers are more responsive to price than they are to any other marketing intervention. We know that most smokers (over 80% according to work Associate Nick Wilson from UoO has undertaken) regret the fact they started smoking and would like to be smokefree. A tax increase will stimulate many of these people to make a quit attempt and successfully become smokefree.”

“We also know that there is strong public support for more progressive tobacco control measures – even smokers support excise tax increases if the additional tax revenue is used to support cessation programmes and treatments (see work by Nick Wilson here).

Is there is a possibility that increasing prices will lead to homegrown tobacco becoming more widely used and a black market emerging?

“I know tobacco companies have suggested black markets will emerge in response to other policies (such as plain packaging) but I have never seen any evidence to support these claims and closer analyses of the industry’s claims have raised serious questions about their validity (see the ASH website for more information).  I understand from colleagues that home grown tobacco is not particularly palatable (it obviously lacks the many chemical additives tobacco companies add to enhance palatability).  However, this is probably a question for a health economist to comment on more fully.

“I would direct those interested to a comment by Simon Chapman (Professor of Public Health at the University of Sydney)and a New Zealand Institute of Economic Research review of an industry commissioned report on illicit tobacco trade.”

Is cost likely to have an impact on the uptake of smoking among young New Zealanders?

“I think there is little doubt that tax increases will reduce smoking initiation among young New Zealanders.  The latest ASH Year 10 survey data (a survey of 14 to 15 year olds) shows smoking prevalence has reduced dramatically over the last 12 years (see here). The decline in daily and regular smoking from 2010-2011 was the largest in nearly a decade and it seems reasonable to assume this is the effect of excise tax increases taking effect.  Young people often access tobacco through social supply routes and price increases would logically make older smokers less willing to share their tobacco.

Would you be able to comment on the ethical situation presented by imposing extra costs on addicted individuals (who became addicted to tobacco under a previous, more tolerant series of governments)

I think it’s very important to use the extra revenue generated from tobacco taxes to help smokers quit and I support a hypothecated excise tax.  We know most smokers want to quit and make multiple quit attempts to rid themselves of their addiction to nicotine.

“I believe governments should provide stimuli that prompt quitting as well as support to ensure it succeeds. We cannot be bound by the errors of the past and instead should focus on using effective public policy to ensure tobacco is clearly seen as a toxic and lethal product, the tobacco industry tightly regulated and smokers themselves given every assistance to quit.

“I believe the ethical problem would arise if, knowing as we do the harms caused by using tobacco, governments did nothing to curtail its use, restrain the tobacco industry, or support smokers to quit.”

Aside from tax increases, what do you believe would be the most effective initiative to decrease smoking rates?

“I don’t believe there is one simple alternative to excise taxes.  Instead, I think we need to recognise the different groups within the wider smoker population and the different behaviours we want to elicit.  For young people, we want to ensure they do not experiment with smoking and go on to become addicted smokers.  Tax increases will deter initiation, but so too would more effective warning labels (labels that resonate with the concerns young people have, which are typically not cancer or impotence but whether others find them attractive), plain packaging that exposes tobacco as nothing more than a poison, and campaigns that reinforce smokefree behaviour as a norm and the ‘new cool’ (as the Health Sponsorship Council’s excellent work has done).

“For older smokers, health concerns are much more salient, so warning labels and advertising also need to speak to their anxieties and provide solutions.  We have a world class Quit line but could do much more to make Nicotine Replacement Therapy (NRT) available to smokers.  Bizarrely, tobacco is widely available at nearly every corner dairy, but NRT is not; we have no licensing system for tobacco retailers, so anyone can sell this lethal product. We need to make quitting and cessation products as ubiquitous as tobacco products are not, and we need to reduce the visibility, salience and accessibility of tobacco products. Restricting supply so few retailers sell tobacco and increasing smokefree outdoor areas (for which strong public support exists) would make tobacco an inconvenient and abnormal product to use. These measures would make it harder for young people to start smoking and easier for existing smokers to quit (it would remove the many cues that maintain tempt quitters and militate against cessation).

“I’m very interested to see the detail of the “Pathways to a smokefree 2025” document.  I’m pleased to see that the government recognises the need to put in place specific strategies to realise this goal.  Associate Health Minister Tariana Turia has worked hard to put in place more progressive tobacco control policies and we know there is strong public support for these.  Work Richard Edwards (Otago) has just completed makes it very clear that the public are looking to politicians to introduce stronger tobacco control measures.”

“Helpful for health benefit, but the 10% rise steps is an optimal level to increase government tobacco tax revenue (as seen by the predicted $528m extra revenue over 4 years). Optimal for tobacco industry, as 10% increases (7-8% tobacco price rise if the tax is passed directly on) will enable them to blunt the perceived price rise for most smokers (as opposed to a 20-30% tax rise). They can (i) temporarily cut their gross margins, (ii) by staging the retail price rise over several months, the rise perceived by the smoker could be smaller. The industry generally will aim to provide smokers with, or encourage smokers to, find ways to smooth the transition to higher prices, such as providing lower cost brands.”

Is there a strong evidence base that increasing the cost of tobacco leads to decreased consumption?

“Perhaps most important as evidence is the industry response – to ensure that there are low price brands.”

Is there is a possibility that increasing prices will lead to homegrown tobacco becoming more widely used and a black market emerging?

“The main NZ problem at the moment appears to be the difficult legal situation in prosecuting Motueka area growers – better law would help. There is very little evidence that I have seen of palatable tobacco being cured outside Motueka in anything more than minute amounts, and I have seen no evidence of home grown sales outside of the Motueka supplies. The growth of any black market from home grown depends largely on the resources given to Customs. The larger risk is of stolen retail and wholesale tobacco – and the solutions there are (i) the insurance companies and (ii) requirements for safe storage and transit (as with other highly portable dangerous addictive drugs).”

“Recent Australian studies, one retrospective and one a prospective modelling study, found strong effects from price rises. The first showed a 10% prevalence decline associated with a rise in a cigarette pack price equivalent to 1% of gross average weekly earnings. The second indicated that a price rise and a television campaign could reduce daily smoking to 10% by 2020. When tobacco taxes are increased, the stronger and more comprehensive the tobacco control co-interventions are, the greater the total effect on smoking behaviour”

“The evidence from California, New York, Uruguay, Ukraine, and Canada indicates that inflation-adjusted price rises of over 30% (or 20% and over if there are strong co-interventions as in California and Uruguay) are associated with prevalence declines of between 11 and 27%, over a period of up to four years”

Is cost likely to have an impact on the uptake of smoking among young New Zealanders?

“Other research using tobacco industry documents supports the effectiveness of price in reducing smoking, especially for youth. The effectiveness for youth of price increases does not appear to decrease over time for a jurisdiction, even where it may decrease for adults. Australian research demonstrates that tobacco price increases there during 1990-2005 were associated with much lower youth smoking.”

Would you be able to comment on the ethical situation presented by imposing extra costs on addicted individuals?

“Tobacco taxation contributes substantial benefits at the population level by protecting health (i.e., by deterring the uptake of smoking by youth, by promoting quitting, and by reducing harm from exposure to second-hand smoke (SHS)). However, tobacco taxes can contribute to financial hardship among low-socioeconomic status populations where smoking persists. Such taxes can contribute to autonomy, by reducing SHS exposure to non-smokers, and by allowing freedom from nicotine-dependency for those who quit smoking or do not start regular smoking as a result of high tobacco prices.

“Furthermore, increases in tobacco taxation may reduce health inequalities and so contribute to justice. Nevertheless, the additional tax burden imposed on smokers who wish to continue to smoke, or are unable to quit, can be considered unjust. The autonomy of such smokers may be partly impaired. Although tobacco tax can be regarded as ethically justifiable because of its substantial overall benefit to society, there is substantial scope for policy changes to further reduce any harms and injustices for those populations who continue to smoke.

“Our research has found that at the population level, the estimated harm to life expectancy from tobacco taxation (via financial hardship) is orders of magnitude smaller than the harm from smoking. Policy makers should be reassured that tobacco taxation is likely to be achieving far more benefit than harm in the general population and in socioeconomically deprived populations.

Aside from tax increases, what do you believe would be the most effective initiative to decrease smoking rates?