Controversy has engulfed the venerable Times Atlas of the World, which in its newest edition, claims warming has turned 15% of Greenland’s former ice-covered land “green and ice-free”. 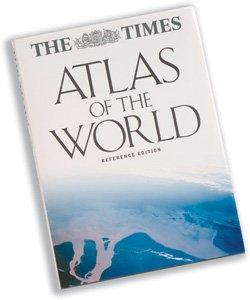 Publicity info for the well-respected atlas, which has been published since 1895 states: “…for the first time, the new edition of the (atlas) has had to erase 15% of Greenland’s once permanent ice cover – turning an area the size of the United Kingdom and Ireland ‘green’ and ice-free.”

But scientists dispute the claims and say the level of ice loss is overstated.

Our colleagues at the UK Science Media Centre rounded up comment from glaciologists on the claims. Feel free to use the quotes below or contact the NZ SMC if you’d like to speak to a local glaciologist.

“The Times Atlas maps have been publicised in the media far and wide.  But make no mistake: this is not what is happening, this is not science, and this is not what scientists are saying.  Greenland specialists have documented what is actually happening in Greenland, and it involves some incredibly rapid changes, mainly increasing melting, thinning, and retreat; and slight thickening in some sectors, but overall Greenland is a story of massive, rapid retreat.  Special dynamics are at play, and probably climate warming as well.

“However, these new maps are ridiculously off base, way exaggerated relative to the reality of rapid change in Greenland.  I don’t know how exactly the Times Atlas produced their results, but they are NOT scientific results.

“Just like IPCCs ‘2035’ (one key, massively wrong paragraph), a number like 15% ice loss used for advertising the book is simply a killer mistake that cannot be winked away.  Worse for science, this is not a scientific error, but it could be perceived as one once it is corrected – unless scientists make it clear that this is errant and not of science origin right from the outset.”

“Fortunately the mistake about the Greenland Ice Sheet is much more obvious and indefensible than the Himalayan error.  In the aftermath of ‘Himalayagate’, we glaciologists are hypersensitive to egregious errors in supposedly authoritative sources.  Climate change is real, and Greenland ice cover is shrinking.  But the claims here are simply not backed up by science.  This pig can’t fly.

“There are various ways to quantify the scale of the mistake. For example the global average rate of glacier shrinkage is somewhere near to 0.2% per year, but that number is heavily influenced by very small glaciers. Glacier shrinkage on the global scale is difficult to grapple with, but one clear conclusion is that smaller glaciers shrink much faster (in percentage terms) than bigger ones. The Greenland Ice Sheet is the second biggest glacier of all, and the Times Atlas’ contention that it has lost 300,000 sq km in the past 12 years, that is, at a rate of 1.5%/yr (because its nominal area is 1.7 million sq km), would be very surprising indeed if it could be validated. The best measurements in Greenland, which cover only part of the ice sheet, suggest that 1.5%/yr is at least 10 times faster than reality. It could easily be 20 times too fast and might well be 50 times too fast.

“In fact, what may have happened is that somebody, somewhere, has examined a satellite image and has mistaken the snowline for the ice margin. Snow is much brighter than bare ground, but it is also a good deal brighter than bare ice, of which there is quite a lot in summer around the margin of the Greenland Ice Sheet.”

“A recent media release accompanying the publication of the 13th edition of The Times Comprehensive Atlas of the World stated that the Atlas is ‘turning Greenland ‘green’.  Scientists from the Scott Polar Research Institute were extremely puzzled by this statement and the claim that ‘For the first time, the new edition of The Times Comprehensive Atlas of the World has had to erase 15% of Greenland’s once permanent ice cover – turning an area the size of the United Kingdom and Ireland ‘green’ and ice-free’.  At the SPRI we believe that the figure of a 15% decrease in permanent ice cover since the publication of the previous atlas 12 years is both incorrect and misleading.

“We compared recent satellite images of Greenland with the new map and found that there are in fact still numerous glaciers and permanent ice cover where the new Times Atlas shows ice-free conditions and the emergence of new lands.  Furthermore, the low-lying fringe of the main ice sheet appears to be shown as land, not ice.  We concluded that a sizable portion of the area mapped as ice-free in the Atlas is clearly still ice-covered.

“It is regrettable that the claimed drastic reduction in the extent of ice in Greenland has created headline news around the world. There is to our knowledge no support for this claim in the published scientific literature.

“We do not disagree with the statement that climate is changing and that the Greenland Ice Sheet is affected by this. It is, however, crucial to report climate change and its impact accurately and to back bold statements with concrete and correct evidence.

“A close inspection of the new map of Greenland shows that elevation contours are noticeably different to the contours in a older map.  My colleague Toby Benham, a scientist at the Scott Polar Research Institute, was able to reproduce these contours using ice thickness data.  It appears that the Times Comprehensive Atlas of the World may have used 500m ice thickness to map the ice sheet margin.  If so, it is obviously an incorrect and flawed procedure.

“The volume of ice contained in the Greenland Ice Sheet is approximately 2.9 million cubic kilometres and the current rate whereby ice is lost is roughly 200 cubic kilometres per year.  This is on the order of 0.1% by volume over 12 years.  Numerous glaciers have retreated over the last decade, capturing the attention of scientists, policymakers and the general public.  Because of this retreat, many glaciers are now flowing faster and terrain previously ice-covered is emerging along the coast – but not at the rate suggested in The Times Atlas media release.”