**Correction: This blog post has been edited due to factual inaccuracies**

A few weeks ago I was sitting on the couch watching weather man Jim Hickey rip through his weather bulletin when he made a quick comment that NIWA’s Jim Salinger had been in touch with a weather update. 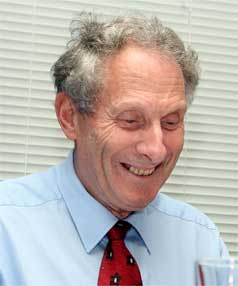 “That’s great,” I said to myself. Here’s a scientist who works for the Government’s water and atmospheric research institute, given the freedom to contact the weatherman with tidbits of up-to-date information. A symbiotic relationship that helps everyone, not least the public.

Well, according to news reports of Dr Jim Salinger’s dismissal from NIWA, contact with Hickey that wasn’t sanctioned by NIWA contributed to Salinger losing his job after 27-odd years working for Government research institutions.

Journalists and scientists I’ve heard from since the news broke are shocked at Salinger’s dumping. Salinger is one of the country’s most respected climate scientists, has done a lot of valuable science communication over the years and by no means can be considered a maverick for his research in any area. When it comes to climate change, he contributed to the IPCC research. In other words, he endorses the consensus view among scientists that humans are significantly contributing to climate change and that we need to do something about it.

Salinger has not been all that familiar with controversy. Last year when the US lobby group the Heartland Institute tried to use Salinger’s research to push its position that burning fossil fuels does not contribute to global warming, Salinger was outraged and asked that references to his work be removed. The Heartland Institute refused, and that’s pretty much as far as the issue went.

If Salinger was a renegade, blogging views that were completely out of line with the official line NIWA takes on climate change,you could understand the grounds for conflict, but it doesn’t appear to be the case.  So would a few other unauthorised media interactions with a seasoned science communicator really be enough to justify giving him the boot?

It’s hard to say – NIWA can’t tell its side of the story as it is an employment matter and may go legal.

2 thoughts on “The Salinger dismissal – Is there more to it?”