So what happens to the traditional cycle of publishing scientific research in journals when a major player like the Massachusetts Institute of Technology decides to go open access for its research papers? 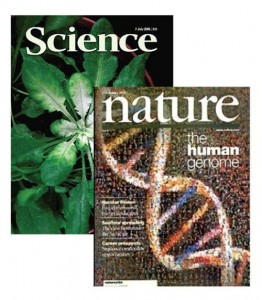 Perhaps very little, but if the trend continues it could mean a sea change for the way new scientific discoveries are communicated, a new way of doing things that places less emphasis on getting researchers published in major scientific journals like Nature, Science and The Lancet.

Currently, publishing in these big journals is a bit of a two-edged sword for scientists. Getting a paper accepted for publication in a journal is a major coup – the peer-review process is very thorough so it shows that the research is credible and considered to be worthy of a global audience. New Zealand university scientists place huge value on getting published in the likes of Nature, Science and Royal Society Proceedings, because it is taken into account in their Performance Based Research Fund measurements and sees them gain fleeting international exposure. The spin-off benefits include being invited to conferences and to participate in other research projects.

In reality, there are probably more pros than cons for most researchers, especially New Zealand scientists seeking global exposure for their research (like the ANDRILL paper published in Nature last week which was co-authored by scientists at Victoria University and GNS Science). The standard of review and presentation in the biggest journals is very high and the release process is designed to garner maximum media exposure for the new research.

But often, once the media spotlight has faded, the research remains locked up in a digital silo, available only to those with a subscription to the scientific journal.The public, who ultimately fund much of the research, often don’t get the opportunity to read the research papers.

Now MIT has decided to have its researchers publish their papers on Dspace, an opensource repository for academic work developed by MIT Libraries and HP Labs. As MIT explains it:

“In legal terms, each Faculty member grants to MIT a nonexclusive, irrevocable, paid-up, worldwide license to exercise any and all rights under copyright relating to each of his or her scholarly articles, in any medium, provided that the articles are not sold for a profit, and to authorize others to do the same.

Researchers will have to give a written explanation if they want to go the traditional route and publish in a peer-reviewed journal. In theory it means you can kiss goodbye to seeing MIT researchers published in the big journals – instead you’ll get an email or RSS feed alerting you of new publications on Dspace. But if the opt-out clause is used by researchers will anything really change? Exactly how the DSpace publishing process works is still unclear. Will going the DSpace route generate the buzz about MIT research that the journals are able to with their global reach and media contacts? For the big institutions it should work well. MIT has legions of PR people pushing their researchers’ output. But it certainly seems that some researchers get noticed simply because they are lucky enough to get selected for the journals.

It’s fairly easy to predict how the scientific journals feel about these types of arrangements – this Wired interview with incoming Science editor Bruce Alberts shows his lack of enthusiasm for the open access model, which has also been adopted by Harvard University.

“The vote is a signal to the world that we speak in a unified voice; that what we value is the free flow of ideas,” said Bish Sinyal, chair of the MIT Faculty and the Ford International Professor of Urban Development and Planning in announcing the open access move. Just how successful snipping the apron strings to the journals is is yet to be seen. But if other institutions follow in the footsteps of MIT and Harvard we could see a radically different academic publishing landscape emerge in the next few years, one which will encourage public participation and engagement in the research scientists are undertaking.