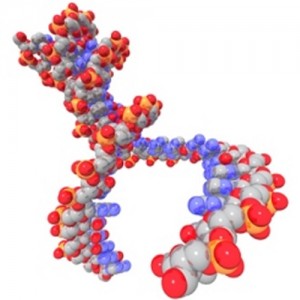 Genetic modification (GM) is the alteration of the genome of a plant or animal by the addition of new genetic material. It underlies the concept of transgenics, in which an organism is modified to incorporate new genes that lead to new characteristics, such as the production of proteins for human health, or the expression of a gene for herbicide resistance in plants, to name just two applications.

GM is a contentious issue. Opponents believe that GM will damage the clean, green image of New Zealand as well as damage the economy, and there are numerous ethical issues to consider. What are the environmental risks of GM crops? Is it ethical to exploit animals for human benefit?

This article will provide an outline of GM, its uses in medicine and agriculture, and will help explain the issues surrounding the GM debate in New Zealand.

What is genetic modification?

GM provides a way of expressing desirable characteristics in an organism that otherwise would not display them. It is the insertion of a gene into an organism, altering the genetic makeup. This produces a transgenic organism, one that expresses a foreign gene. In animals, a gene is inserted into an embryo, modifying the genome to manufacture the product of this new gene. In plants, a gene is injected into a single cell that is grown from a seed into a plant. This plant expresses the new gene in all its cells.

The difference between GM and selective breeding.

Selective breeding is a form of genetic modification which doesn’t involve the addition of any foreign genetic material (DNA) into the organism. Rather, it is the conscious selection for desirable traits. Pro-GM campaigners argue that humans have been ‘genetically modifying’ organisms for thousands of years, albeit without knowledge that the favourable traits they were selecting for were determined by genes. For example, humans have always selected cows with the highest milk yield and bred from these to produce herds with good milk production. A chance mutant grape with no seeds was bred to produce seedless grapes now available in our shops and supermarkets.

Why are organisms genetically modified?

In plants, GM is used to enhance productivity by making crops more resistant to herbicides and pests, thereby increasing the yield of the crops. It can also be used to increase the quality of crops and fortify them with extra nutrients [1].

Transgenic animals are produced in science to aid the production of human therapeutics. Animals are also genetically modified to give them human diseases in order to test new drugs or to study the biology of disease, or to make them more ‘environmentally friendly’ [2]. So far, animals that have been genetically modified have not been used for human consumption. The Animal Welfare Act states that approval for these techniques only be granted if the likely benefits of the research “are not outweighed by the likely harm to the animals”, and any research involving animals is strictly regulated.

Is anything in New Zealand genetically modified?

AgResearch recently submitted an application to the Environmental Risk Management Authority (ERMA) to genetically modify cows to produce health-boosting proteins in their milk (see [3] for a summary). Such proteins may include biopharmaceuticals, enzymes and hormones that will be useful for human health.

Crop and Food Research is researching a ‘tearless’ onion, amongst other things, that they hope will improve the flavour, health benefits and pest resistance of crops [4, 5]. However, while research can be undertaken in the lab, crops like these would need field trials, to which there has been public opposition. GM crops are not banned in NZ, however there has not yet been a crop approved for release.

The Crown Research Institute Scion [6] have genetically modified pine trees with the insertion of genes that report the reproductive development of the tree. It was determined that the GM trees posed no threat to the environment as the inserted gene was not involved in traits such as cell-wall density or fibre. The commercial possibilities of this project include the production of wood that is more dense, strong and straighter for timber.

In medical research, a team at the University of Auckland [7] want to create a transgenic fish that will help understand the biology of the muscle-wasting disease Duchenne Muscular Dystrophy. A gene has been identified that will strengthen muscles but has not yet been inserted into humans. Inserting this gene into zebrafish will elucidate the function of this gene and will facilitate potentially live-saving gene therapy in humans.

Gene therapy is a technique where a ‘normal’ gene is inserted into a patient to replace an ‘abnormal’ gene that causes disease. At present, no gene therapy has been approved for use however recent clinical trials, such as those looking at inherited forms of blindness, have shown promise. Leber’s congenital amaurosis is due to a single gene abnormality. Gene therapy has been successful in dogs and trials in humans show encouraging results, with significant restoration of vision in one patient [8].

Genetic screening can be used to choose embryos that will serve as so-called ‘saviour siblings’. Stem cells from the umbilical cord of a saviour sibling can be used to treat a child with a disease. This has been successfully carried out to cure a child of the fatal Diamond-Blackfan anaemia, a blood disorder. However, opponents fear that this technology will lead to the occurrence of designer babies, those that have been screened as embryos to select for desirable traits and to reduce the likelihood of disease.

Pre-implantation genetic diagnosis is used to screen embryos before implantation to make sure that they are free from disease such as cystic fibrosis, Huntington’s disease and Down’s syndrome. These test are normally only carried out if there has been a history of disease in the family or, in the case of Down’s syndrome, for older mothers.

The University of Otago is pioneering a three-year international investigation into how New Zealand should respond to these emerging genetic technologies [9]. The first report by the Human Genome Research Project into pre-implantation genetic diagnosis [10] concluded that it was medically safe. However, the issue of genetic modification in humans is littered with moral and ethical issues and will need to be tightly regulated. The Bioethics Council [11] in New Zealand advises the government on the ethical and cultural issues of emerging biotechnologies.

What legislation is there for GM organisms?

The Animal Welfare Act 1999 [14] oversees the welfare of all animals in NZ, not just those being used in research. No research on animals can be undertaken without an approved ethical code of conduct.

Genetic modification has a wide range of applications and although it has come up against strong opposition from the public, GM can benefit society in terms of heightened human health and increased yield of crops for consumption and export, providing the technology is well regulated.

This paper was reviewed by Associate Professor Martin Kennedy, of the University of Otago’s Carny Centre for Pharmacogenomics, Christchurch.

13. Regulation of GM in NZ. http://www.mfe.govt.nz/issues/organisms/regulation/gm-regulation.html.