The Government plans to ensure 90 per cent of New Zealand rivers and streams are “swimmable” by 2040, but critics have said to achieve the goal it has changed what qualifies as swimmable. 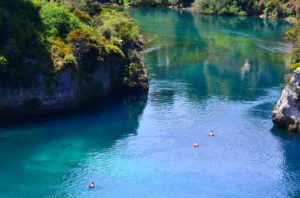 The target, announced yesterday, is estimated to cost the Government, farmers and councils $2 billion over the intervening 23 years. Other additions to the National Policy Statement for Freshwater Management include replacing “wadeable” with “swimmable”, adding macroinvertebrate monitoring for ecological health and requiring instream limits for nitrogen and phosphorus.

Massey University freshwater ecologist Dr Mike Joy told Radio NZ that the proposal changed the goalposts on the allowable level of E. coli, essentially lower the standards for what qualifies as excellent swimmability.

Waterways Centre for Freshwater Management director Dr Jenny Webster-Brown agreed, saying she thought the goalposts had been moved but “it’s not going to change the situation greatly, so I’m not sure it’s going to make a big difference”.

Environment Minister Dr Nick Smith defended the targets, saying opponents were using “junk science”. “The vast majority of the time, the risk is less than one-in-1000 – i.e. it is junk science for people like the Greens to say that the Hutt River, you’ve got a one in 20 chance of getting sick.”

The detail of the National Policy Statement for Freshwater Management is open for consultation until April 28, 2017.

The policy announcement was widely covered by NZ media: