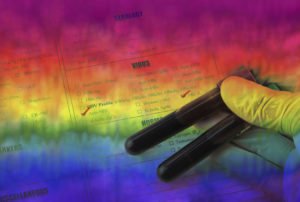 This World Aids Day, more individuals are living with HIV in New Zealand than ever before.

Experience tells us that HIV evades control when we let down our guard. This virus has killed 40 million people worldwide. Two and a half million people contracted HIV in 2015.

Media hype aside, three decades later we still have no vaccine and no cure.

Treatment for HIV is effective but expenditure on anti-retrovirals is soaring, doubling in the last six years from $16.8 million in 2011 to $32.8 million in 2016. It’s estimated that one person diagnosed with HIV at age 20 in New Zealand could cost Pharmac more than $800,000 in anti-HIV treatments over their lifetime.

Given these statistics it’s hard to argue that we have the upper hand.