Increases in agriculture are the likely cause of a global rise in methane emissions over the last decade, according to New Zealand research published today in the journal Science. 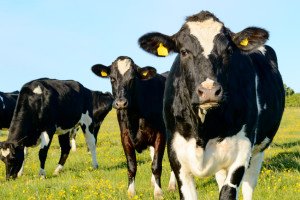 The concentration of greenhouse gas methane in the atmosphere rose steadily over the last century, before flattening out in the late 90’s.Then in 2006 methane levels started mysteriously rising again.

Now scientists from NIWA, in collaboration with international partners, have uncovered the source of this new increase in methane: agriculture. By looking for different isotopes – different forms of atoms – in methane molecules the researchers could isolate different sources of methane.

“We found we could distinguish three different types of methane emissions,” said lead author Dr Hinrich Schaefer from NIWA.  “One is the burning of organic material, such as forest fires. Another is fossil fuel production – the same processes that form natural oil and gas – and the third is formed by microbes which come from a variety of sources such as wetlands, rice paddies and livestock.”

Going back through a number of different records of methane, including bubbles trapped in ice, stored air samples and other databases, the researchers untangled the different sources of methane. They found that the slow-down in methane at the end of the last century was due to a drop-off in fossil fuel burning, likely due to the collapse of the Soviet Union.

In 2006, the sudden, new rise in methane was due to ‘biogenic’ sources of methane. “Our data indicate that the source of the increase was methane produced by bacteria, of which the most likely sources are natural, such as wetlands or agricultural, for example from rice paddies or livestock,” said Dr Hinrich.

“If we want to mitigate climate change, methane is an important gas to deal with. If we want to reduce methane levels this research shows us that the big process we have to look at is agriculture.”

The research has been covered both in New Zealand and overseas: