Why do wines taste different? A new New Zealand study shows that a wine’s terroir – the unique combination of tastes and aromas – is in part dependent on the microbes hanging about the winery. 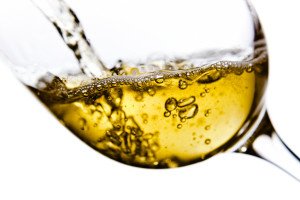 Researchers from the University of Auckland and Plant & Food Research confirmed for the first time that – as long suspected – varieties of yeast from different parts of New Zealand change the resulting flavours in fermented sauvignon blanc grapes.

The research is published in the journal Scientific Reports.

“We believe that this is the first direct experimental evidence showing that microbes help define why you get different wine in different places, or the idea of ‘terroir’,” said author Associate Professor Mat Goddar, from the University of Auckland.

“The regional distinctiveness of wine plays a major part in its value, and there is a lot of interest in what drives terroir. Classically it was thought that it was down to climate and soils, but our research shows biology also plays a part.”

Coverage of the research includes:

Paul Henry Show: New science sheds light on taste of wine
New Scientist: How the local yeasts can affect the flavour and aroma of wine
ABC News: Aroma and taste of your favourite wine may be influenced by microbes
New Zealand News: New Zealand study shows wine’s allure all in microbes
The Scientist: Local microbes give wine character
Radio New Zealand: Where wine gets its regional flavour