The Herald recently ran a series of articles exploring ‘Science that will change our lives’, authored by science reporter Jamie Morton. 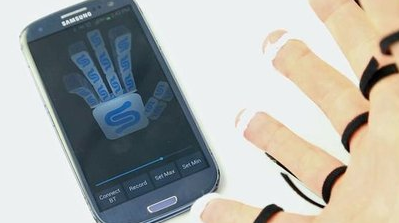 The six-part series highlighted a number of research projects currently underway around the country, whose discoveries are affecting our lives. The topics ranged from developing molecules to fight viruses, to tackling poor nutrition, and something about clothes.

The series starts off with a look at New Zealand’s obesity epidemic, and research that is finding ways to improve nutrition. The 5-year international collaborative study is being lead by University of Auckland Professor Cliona Ni Mhurchuis, which will be using a smartphone application to test nutrition labelling on Kiwi household shoppers’ purchasing behaviour.

Massey University senior Lecturer Dr Austen Ganley has been further unravelling the human genome, revisiting areas which were left unfinished when the sequence was originally released more than 10 years ago. The findings have opened up new areas for exploring potential causes of cancer.

The series also covers a ‘biological paint’ which has been developed by AUT’s Professor Steve Henry, and is expected to be used in all diagnostic laboratories around the world within a decade. The HIT Lab’s Dr Mark Billinghurst talks augmented reality developments such as Google Glass and Otago University Vice-Chancellor Professor Harlene Hayne explains research looking into children’s memory. Dr Benjamin O’Brien, from the University of Auckland looks at and advances in controlling artificial muscles and wearable technology.