The Ministry for Primary Industries has completed testing on Fonterra’s whey protein concentrate and found no trace of the potentially deadly Clostridium botulinum, but Clostridium sporogenes which at worst could be responsible for food spoilage, but pose no risk to human health. 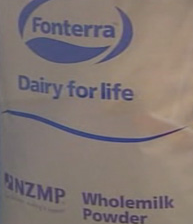 MPI’s acting director-general Scott Gallacher said: “a failure of hygiene during processing remains a concern for customers incorporating WPC into their products. However, the concern primarily relates to quality and the potential for spoilage when used in foods that support growth of Clostridium sporogenes from spores”.

“It may surprise people to learn that a dangerous toxin producing organism like clostridium botulinum and a safe strain like clostridium sporogenes would be so difficult to distinguish. They only differ by a set of around 7 genes.* This highlights a fascinating and frustrating aspect of bacterial evolution. For reasons that have a lot to do with the history of the field and the way bacteria evolve, the names we use do not correspond well with the genes (capabilities) these organisms possess.

“This is complicated by the fact that bacteria exchange genes across species boundaries, a process called horizontal gene transfer. This process contributes to making bacterial identification difficult in the best of circumstances.”

Dr Siouxsie Wiles, a microbiologist and infectious disease specialist at the University of Auckland comments:

“C. sporogenes is the name given to isolates of C.botulinum which do not produce toxin. In essence, they are considered virtually identical except for the presence of the genes for botulinum toxin.

“There are different ways of of identifying contaminating organisms, the cheapest of which is to isolate the microbe by growing on selective agar and then performing biochemical tests to determine species. Species can also be identified genetically by looking for particular DNA sequences – like a barcode. On these kinds of tests, C. botulinum & C. sporogenes would be identical.

“Next comes the test to determine if the strains have the capacity to produce toxins – again this can be done by looking for the presence of the specific genes. If positive for toxin genes, the strains are tested to see if they actually produce toxin and if that toxin is active using a mouse bioassay. The mouse bioassay could take some weeks to carry out, but the genetic identification of the presence or absence of the toxin genes can be done in hours to days.

“It sounds to me like Fonterra alerted their customers to the presence of C. botulinum in their product before confirming whether the contaminating strain could produce toxin and was therefore really C. botulinum. From a public relations point of view this was the right decision as the backlash against Fonterra would have been fierce if they had waited for confirmation of toxin production, had it proven to be positive.

“The information Fonterra should have released initially was how much contamination they had actually identified. This would have allowed experts in the field to have made an educated guess as to the likelihood of any children becoming ill from consuming the contaminated product in the event it had contained a toxin-producing strain. This was information worried parents were desperate for.

“Fonterra have a lot to learn about how they could have handled the situation better. Just publicising the fact they didn’t know if the strain they had identified had the ability to produce toxin or not, rather than staying silent, would have shown they were being proactive in ensuring the safety of their product.

As an aside, it looks like researchers are trying to use C. sporogenes to help kill tumours. I’ve just read something from a couple of years ago where scientists in Europe have engineered the bug with an enzyme that activates a drug to kill cancers. Apparently they may be moving into clinical trials. Just shows how context is everything when thinking of whether bacteria are friend or foe!”.

*Dr Hendrickson’s comment has been corrected (16/9/13). It originally stated that the clostridium strains differed by a single gene.