A warming planet might not be bad news for New Zealand wine growers, according to a new study which predicts suitable grape growing land could more than double here in the next 40 years. 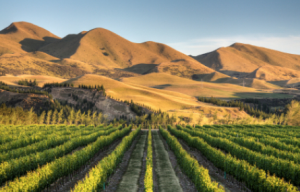 The study, completed by Chilean and Californian researchers, found that the area of land suitable for growing grapes would change substantially around the world under predicted climate shifts in the next four decades. The research was published in PNAS this morning.

A full copy of the research is available here.

According to the study, classic wine-producing regions such as California and the Mediterranean will experience substantial losses of vine-friendly land, whereas New Zealand, western North America, and Northern Europe show substantial increases in suitable area.

To sustain wine production, the authors contend, growers will need to expand and adopt novel farming practices that are likely to impinge on undisturbed high biodiversity areas and use limited water resources.

In the case of New Zealand, the authors calculate that the expansion of the wine industry into new areas would increase it’s ecological footprint by 126 percent (at its maximum).

However, due to New Zealand’s geography and projected weather, freshwater resources are unlikely to be stressed.

Globally, the study suggests that agricultural adaptation and conservation efforts will be needed to offset the indirect effects of climate change such as shifts in human land use.

The Science Media centre collected the following expert commentary. Feel free to use these quotes in your reporting – additional comments will be added to the SMC website. If you would like to speak to an expert, please contact the Science Media Centre (smc@sciencemediacentre.co.nz; 04 499 5476).

“This paper points out that most vineyards worldwide are in “Mediterranean” regions, which are typically high in biodiversity. This is borne out by the example of Chile where the highest number of Chilean plant species occurs where vineyards dominate. In other Mediterranean regions of the world, such as south-west South Africa, south-west and south-east Australia and California, the same combination of vineyards and diversity occurs. Compounding this is the fact that in many regions vineyards are creeping up hillsides. This is because appropriate land is less available in the lowlands and also that vines are slightly more stressed at higher altitudes, which is supposed to give finer wines. This paper points out that this trend may continue, driven by a warming climate. The paper also points out that there may be a need for higher vineyard water use in the coming decades, also driven by climate change. The authors suggest that conservation impacts are therefore likely to increase.

“Like any other agricultural practice, there is bound to be an ecosystem impact from vines, so in that regard the 8 million hectares of vines worldwide are simply an example of a probable global trend. Whether the “ecological footprint” of vines is greater per hectare than that of other agricultural sectors is not clear. It is true, however, that wine is a sophisticated product and in marketing terms can often be described as a “considered purchase”. The buying public are increasingly likely to be environmentally fastidious in their wine-buying behaviour.

“The paper asks “What can we do about it”. One possible solution is the integration of wine production and conservation and some examples of this are given from South Africa, Chile and elsewhere. We need to be critical, however, of such programmes and carry out deep analyses of the extent of real, measurable outcomes from these schemes which are purported to ameliorate the environmental effects of winegrowing. A different approach would be to “soften” the impact of viticulture on the environment by adopting “ecological engineering” approaches to improve biodiversity within the vineyards themselves. If effective, the added functional biodiversity in such schemes can provide the nature’s services, such as biological control and soil maintenance which intensive agriculture often destroys. A well-known New Zealand example is Greening Waipara (http://bioprotection.org.nz/greening-waipara). This programme adds native and non-native plant biodiversity to under-vine and between-vine area and can lead to lower inputs of agricultural chemicals; many of the latter are responsible for the loss of functional biodiversity, such as biological control of pests.”

“The article raises important issues around peripheral effects of climate change, using the winegrowing industry as a model system. With regard to New Zealand, the authors of the paper indicate that global warming will result in the potential for vineyards to be planted in a much larger part of Canterbury and Marlborough coastal areas, inland of Wanganui and west from Martinborough to Masterton.

“These are already being explored by the wine industry, as witnessed with the successful development of vineyards in the Ward region of Marlborough and in the Waitaki Valley of Canterbury.

“The movement of vineyards into these new areas will not necessarily result in “…vineyards at higher elevations that will increase impacts on upland ecosystems…” (pg 1). If expansion occurs, it will come at the expense of existing industries on areas relatively close to sea level, such as other horticultural crops, dairying, grazing stock etc.

“The ecological impact of this may even be beneficial, as the grape growing industry has changed dramatically in the past 20 years with the successful uptake of Sustainable Winegrowing (http://wineinf.nzwine.com/swnzabout.asp) and rapid growth of organically and Biodynamically managed vineyards. Biodiversity is now embraced in vineyards, as evidenced by these programmes, as well as projects like Greening Waipara and Falcons for Grapes.

“There are other are other assumptions that the authors make that don’t apply well in New Zealand: Grape growers do not fumigate soil prior to planting, nor is it necessary to do invasive soil workings or make large additions of fertilisers – modern management ideals for premium wine production are very much about being in-tune with nature.

“New Zealand has a climate and environment conducive to quality wine production, meaning inputs are few, and usually environmentally gentle in comparison to many other countries. Additionally, the wine industry as a whole is more likely to move to varieties of grapes that perform better in warmer climates (if the market demands) rather than persist with existing varieties and use expensive measures such as misting to cool vines.

“In short, I regard the research as important, but would caution against the blind application of their findings to the New Zealand situation, which differs in significant ways to other areas of the world.”

“As far as New Zealand wine regions are concerned, our research shows climate change effects to be inconsistent across the country’s wine regions and varieties (red and white)”.

“In the extreme north and south, increase in temperatures seems to influence the regional vintage ratings favourably in white wine varieties but not in the red vintages. The only temperature variable that showed significant impact on red vintages was August low maximum temperature in Auckland and Hawke’s Bay, both from the North Island, and this affects the vine dormancy. Increased February rainfall (>15.8 mm) in all NZ wine regions along with other conditions (mainly relating to December and March rainfall and September high daily mean temperature) seems to lead to increase in white wine vintage ratings across the county.”

“On the other hand, monthly rainfall and relative humidity in certain months have been the significant climate variables for red vintages in New Zealand’s wine regions. Increased rainfall in December, February and March seems to affect the regional vintage ratings of red wine except for Otago where >57.2 mm February rainfall combined with increased March mean relative humidity >72.8 %, favours red varieties. The reason for Otago’s positive response under these conditions could be that it is in the most southern part of New Zealand where grape ripening is delayed with late harvest is June. But in rest of the county, March relative humidity in general seems to have negative effects on red vintages.”

“Therefore, based on this research, potential beneficial shifts for viticulture are: for red varieties Otago and for white varieties it will depend on changes in frost and rain.”

“There is potential for vineyards to move south, in particular from Marlborough into Canterbury, or further up the Wairau Valley. Water shortage can be overcome by water storage options (ie dams).

“Over a prolonged period, we can expect to get changes in the flavour profiles of wines, which can be subtle.  For example, the style of Australian Shiraz consumed today is probably different to that consumed 20 years ago (eg the alcohol concentrations are significantly higher now on average, but this does not reflect a change in the quality perception).

“There could be a move in the varieties being grown.  A paper by one of my students has modelled the phenology of a range of varieties in Europe to help predict what might be grown in the future.”