The persistent, dependent use of marijuana during adolescence has been linked to later declines in an individual’s intelligence, attention and memory, according to a large,  New Zealand-based study. 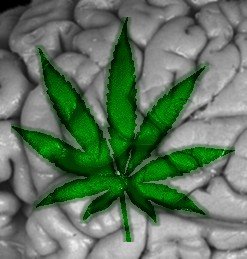 A team of researchers from New Zealand, the UK and the US analysed data from over 1,000 individuals enrolled in the Dunedin Cohort study and found that individuals who started using cannabis in adolescence and used it for years afterwards showed an average decline in IQ of 8 points when their age 13 and age 38 IQ tests were compared.  Cannabis users who started in adulthood (> 18 years) did not appear to experience the same IQ decline as a result of persistent cannabis use.

In their research article the authors conclude, “Prevention and policy efforts should focus on delivering to the public the message that cannabis use during adolescence can have harmful effects on neuropsychological functioning.”

The study was published today in the journal, Proceedings of the National Academy of Sciences.

A round up of NZ media coverage is available here.

The SMC contacted New Zealand experts for comment on the research.

“The strong methodology of a birth cohort study means these findings provide powerful new insights into something that has been of concern to the public and professionals in New Zealand: What is the impact of cannabis use on cognitive functioning? This is important because New Zealand has a high rate of cannabis use by international standards, with at least some use the norm in adolescence and early adulthood. The authors find that heavy regular cannabis use is associated with sustained cognitive decline, the magnitude of which is enough to be of real concern.

“The results of this study suggest adult onset regular cannabis use does not lead to cognitive decline, instead it was the individuals in the study who were already using heavily by age 18 who experienced impairment, with the decline remaining even if they had subsequently ceased or reduced cannabis use. This is important information for policy formation. Clearly we must focus energy on reducing the prevalence  of cannabis use in adolescence.”


Further comments from the AusSMC:

“An association has been reported between heavy cannabis use and impaired memory and attention but until now all of these findings have come from cross-sectional studies comparing regular cannabis users and controls. These studies have also relied on retrospective reports of cannabis use, so it has been difficult to decide whether cannabis was the cause of cognitive impairment, or cognitively impaired young people were more likely to become involved in regular cannabis use, or some combination of the two.

“This prospective study greatly strengthens the case for regular cannabis use being a cause of cognitive decline by mid adulthood (age 38) in young people, especially who began to use cannabis in their teens and who persistently used throughout adolescence and into adulthood. Its findings add to the case for preventive public health education to reduce adolescent initiation and use of cannabis.

“The authors examined the decline in overall IQ and specific cognitive abilities by conducting a detailed neuropsychological assessment at age 13 (before cannabis was first used) and again at age 38 in a birth cohort of 1,037 New Zealanders born in Dunedin in 1972/1973. The cohort were asked detailed questions about their cannabis use throughout adolescence and young adulthood.

“It is impossible in epidemiological studies to completely rule out the hypothesis of pre-existing differences but the authors have undertaken a detailed set of statistical analyses that make this an implausible explanation of the cognitive decline. This is for the following reasons:

“This is a very impressive paper. The Dunedin sample is probably the most intensively studied cohort in the world and therefore the data are very good. The researchers, who I know well, are among the best epidemiologists in the world. Therefore, although one should never be convinced by a single study, I take the findings very seriously.

“We have known for some time that heavy use of cannabis increases risk of schizophrenia-like psychoses but this remains a relatively rare outcome so it’s not so important from a public health point of view.

“There are far fewer studies on its effect on minor psychiatric illness or on everyday life. However, there are a lot of clinical and educational anecdotal reports that cannabis users tend to be less successful in their educational achievement, marriages and occupations. It is of course part of folk-lore among young people that some heavy users of cannabis (my daughter callers them stoners) seem to gradually lose their abilities and end up achieving much less than one would have anticipated. This study provides one explanation as to why this might be the case.

“In a few years, to my surprise, a number of studies have shown that heavy use of cannabis is associated with subtle loss of certain brain volumes e.g. grey matter, hippocampus. It would be very interesting to examine the relationship between brain volume changes and cognitive decline.

“The view that adolescent use is more toxic is a fashionable one (particularly among adults!). It is difficult to totally control for a number of factors. For instance, adolescent users tend to attract a lot of negative consequences (chucked out of school etc) while no-one notices starting use at university. Also early users are more likely to become dependent and of course have more years of use.

“However, these are minor points. I suspect that the findings are true. If and when they are replicated then it will be very important and public education campaigns should be initiated to let people know the risks.”