Exercise does not improve depression treatment outcomes, according to new research. However experts are divided over the findings. 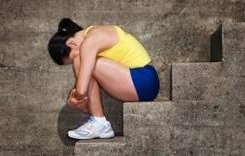 The findings of the UK TREAD (TREAtment of Depression with physical activity) study were published this week in the BMJ. The study was based on 361 adults aged 18-69 who attended a GP with signs of depression. While all patients received usual care from their GP, half were also offered assistance from a physical activity facilitator, who would provide them with information and exercise programmes.

The researchers monitored improvements over an eight month period and found that the exercising group fared no better than the non-exercise group in terms of improvements in the symptoms of depression or antidepressant use.

Although previous research has indicated that exercise may aid in the treatment of depression, the authors concluded that the TREAD study shows “physical activity is not an effective strategy for reducing symptoms of depression. ”

“This study cannot conclude that exercise is of no benefit in depression. It is a trial of motivational interviewing not a trial of exercise. Major depression is a disorder of motivation. I have serious doubts that merely encouraging participants to take part in exercise – as opposed to taking them down to the park or gym – could have had any significant impact on exercise levels. Depressed individuals often find it hard to get out of bed, or brush their own teeth, let alone motivate themselves to do vigorous exercise at least three time per week. Those who went ahead and exercised probably were not that depressed anyway.

“The researchers relied on questionnaires to determine if their motivational techniques resulted in more exercise. There are many problems with self-reporting. Also, without direct observation, we don’t know just how vigorous their self-imposed exercise regimes were. To do a proper trial of the effect of exercise you need direct observation. Participants need one-to-one interaction with a persuasive physical trainer who will march them down to the treadmill or jog around the park.

“For the average person, exercising in a group achieves better results than exercising alone. This study relied on self-motivation. Some of the exercise trails of exercise in depression suggest that the social element has additional benefits in alleviating depression.

“Finally, participants were allowed to take antidepressants as normal. The motivational interviewing did nothing to reduce their reliance on pharmacy – possibly because many thought that taking tablets would be rather easier when stuck in a state of extreme lethargy than going down to the gym.

“Meanwhile people in the so-called “comparison group” were being given antidepressants and “prescription for exercise” by their GPs.”

“Exercise has recently been advocated as a treatment for depression. However, this large study shows that, as a general strategy, increased exercise is not effective in improving depression. Even though patients who received specific help to exercise more did become substantially more physically active, their depression did not improve any more than those who did not receive this help.

“The study suggests that recent advice that depression can be treated by exercise should be revised.

“However, we know that patients with depression have higher rates of physical health problems, like diabetes and heart disease, and exercise may well be beneficial in the longer term for these associated conditions.”