In the early hours of Saturday morning the UN’s climate change body will release a report that has been described in leaked versions as saying extreme weather events such as downpours and storm surges may make parts of the planet “marginal” for inhabitants. 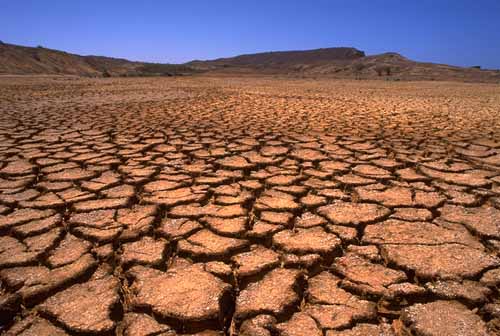 Average global temperatures last year were tied with 2005 for the warmest on record, and the draft by the Nobel Prize-winning Intergovernmental Panel on Climate Change is reported to warn that heat waves will continue to increase over most land areas.

The report is seen as a pipe-opener for debate at the annual round of climate talks, taking place this year in Durban, South Africa, beginning on November 28. One of the first jobs of the incoming government after New Zealand’s general election will be to send a Minister for International Climate Change Negotiations to head the delegation of New Zealand officials among delegates from more than 190 countries working on ways to limit climate change.

But today a major science journal, Nature ran a commentary by Elliot Diringer (executive director of the US-based Center for Climate and Energy Solutions), arguing that a key issue for Durban is the survival or death of the Kyoto Protocol, whose emission targets expire at the end of 2012.

Mr Diringer predicts that Kyoto will probably emerge from Durban on life-support – “alive, but just barely”. That shouldn’t be cause for alarm, he says: “Although the protocol remains an important emblem of multilateralism, it has become more of an impediment than a means to genuine progress.”

An obsession with legally binding targets for emissions reductions, he says, has caused harm rather than good. Instead, Mr Diringer calls for a multi-pronged approach to climate
change:

* countries should commit to the idea of a binding international agreement in the long term but accept that it will take a while to get there;
* they should follow in the footsteps of last year’s negotiations in Cancún and take incremental steps towards that goal; and,
* they should continue to work on national policies that contribute to the cause, such as Australia’s carbon tax.

The SMC sought comment on the implications for New Zealand’s stance on Kyoto. Feel free to use these comments in your reports.

“The meeting of all governments, that starts this month in Durban, has to face up to the increasing problem of what to do about climate change. One of the major issues is whether or not the Kyoto Protocol, that set targets for developed countries to reduce their greenhouse gas emissions, can continue. And if it does not, then what will countries like New Zealand do?

“Elliot Diringer’s summary, in Nature … sets out the key issues and shows why some reduced form of commitment by developed countries might survive. But this cannot be enough to limit global warming to 2 degrees in the way that governments have nominally agreed to, and further delays in agreements to reduce emissions would make it increasingly unlikely that the target was achieved”.

“Diringer’s key point is that the past focus on a legally binding commitment now has to be pushed aside. Global climate change is a problem that goes far beyond the international legal frameworks. Instead there needs to be a much clearer focus on agreements that lead to a stronger international synergy and multilateral approaches for switching to new sources of energy very quickly”.

“New analyses by groups such as IEA and UNEP have shown that both a technological and an
economic basis for rapid change in energy sources does exist and can significantly reduce future costs. Similarly, the group of long term investment companies, that manage more than 20 trillion dollars, want governments to move more quickly and stop increasing the risks that they have to deal with.

“This is leading to rapidly growing recognition that the major monetary and institutional subsidies that persist for a continuing use of fossil fuels must now be stopped. While some in New Zealand might see the slow international policy response as an excuse to keep investing in past technology, the increasingly obvious impacts of new types of extreme weather events cannot be ignored”.

“Although the Kyoto Protocol was a great step forward at the time, the world has moved on, especially with the new dominance of developing country emissions, their upward emissions path, and the downward trajectory of many developed country (especially EU) emissions. Indeed, this situation is partly the result of the success of the Kyoto Protocol in constraining many rich countries’ emissions.

“As Diringer’s article in Nature suggests, the new game is encouraging China and the US (and the other BASIC countries — Brazil, South Africa, India and China) to cut emissions, or at least their rate of growth, through some sort of Copenhagen/Cancun-style agreement, which will, over time, replace the Kyoto Protocol.

“Meanwhile, the world is running out of time rapidly, as each year sees countries investing in more high-emissions infrastructure such as coal power stations and motorways. These largely ‘lock in’ a pattern of emissions that mean that it is increasingly likely that we will exceed the 450 parts per milion CO2 ‘target’, loosely associated with the maximum  2deg of warming, that constitutes the guardrail that ‘no-one’ wants to go beyond.  The latest International Energy Agency (IEA) World Energy Outlook 2011 makes clear that only a few years remain before there is no ‘headroom’ left (the IEA points to 2017 as the turning point year)”.

“Of course, the timing is not definitive, and depends on the risk societies find ‘acceptable’, but there is little doubt that if the world is to avoid some massive risks of future climate change, increasingly stringent and, over time, radical emission cuts by both developing and developed countries need to be initiated. A global agreement that pushes hard in this direction is needed, and it is hoped that Durban might deliver this. It remains unclear whether it will, but with the current politics in Washington and Beijing, it seems unlikely.

A spokeswoman for New Zealand’s Ministry of Foreign Affairs and Trade comments:

“New Zealand is focused on the long-term objective of a comprehensive legally-binding agreement with emission-reduction commitments for all developed countries and advanced and major emitting developing countries.  Following the end of the first commitment period, it is important to ensure an orderly transition to the eventual new comprehensive framework, capturing current and pledged mitigation action by building on current structures and strengthening transparency of action”.

“New Zealand’s mitigation will continue post-2012 no matter what the outcome in Durban. New Zealand maintains its long-term emission reduction target for 2050 and will continue to mitigate emissions. New Zealand is committed to doing its fair share on this global issue –  but we are not an outlier because many other countries are undertaking serious mitigation actions of many forms, even if as yet they are not part of a legal regime. The ETS is the most effective way to reduce emissions at the least cost. It sends important investment signals to prevent New Zealand being locked into a carbon-intensive development pathway, which could be very costly in the longer term”.

“New Zealand is committed to assisting Pacific Island countries in adapting to the impacts of climate change, regardless of whether there is a binding international agreement in place.  We understand that other developed countries are similarly concerned to support vulnerable countries face the challenge.   We are actively working on addressing all aspects of climate change, both through formal negotiations and through initiatives such as Friends of Fossil Fuel Subsidy Reform and the Global Research Alliance”.